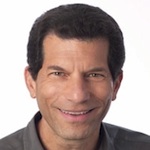 As HP has sought to take on Apple in the tablet market with its webOS-powered TouchPad tablet, the PC giant has been dinged with a number of lukewarm reviews that suggest a fair amount of potential for the platform and device but with only a mediocre initial implementation.

Former Apple executive Jon Rubinstein, who led the development of the original iPod before leaving the company in 2006 to head up Palm's webOS effort and eventually moving to HP with that company's acquisition of Palm, has reportedly weighed in with a message to HP employees regarding the reviews, published by PreCentral. In the note, Rubinstein makes an interesting comparison between the TouchPad and the original Mac OS X as it debuted ten years ago.

We still have work to do to make webOS the platform we know it can be, but remember...it's a marathon, not a sprint.

In that spirit, Richard Kerris, head of worldwide developer relations for webOS, reminded me yesterday of the first reviews for a product introduced a little over ten years ago:

It's hard to believe these statements described MacOS X - a platform that would go on to change the landscape of Silicon Valley in ways that no one could have imagined.
Click to expand...

Rubinstein is naturally optimistic in encouraging his staff to keep pressing forward to help webOS and its associated hardware meet expectations, and his unique perspective in having played key roles at Apple, Palm, and now HP enables him to see the parallels and offer conviction that webOS can overcome its challenges.

Palm's webOS has received a fair amount of praise for some aspects of its functionality, but the platform has yet to be a hit with consumers. But with HP putting significant weight behind the platform and moving it into the tablet space while considering licensing it to other major manufacturers, some have seen webOS as a strong contender to become a potential third major smartphone and tablet operating system for the future behind iOS and Android.

This guy is delusional. Comparing this to OSX' original rollout? Please...talk about grasping...

I wish webOS all the best. iOS 5 and Android 3.1 wouldn't be where they are if it wasn't for webOS. I like webOS in concept, I just wish they execute better in terms of hardware and overall ecosystem.
S

I think he is a little off base. WebOs has no step back where you had OS9 with well established applications to fall back to. There is no fall back for webos if it does not do what you want right now there is no path to get back to a working state like the OSX roll out.

Absolutely the right thing for him to say, and that's what he should do to rally his troops.

That said, one could make the same claim for any product that initially stumbles out of the gate. That doesn't mean the product will eventually have the OS X level of success, so in that sense what Rubenstein is saying is feel good but not very meaningful. But hey, that's what executives are for, right?
L

What a manager wouldn't say to exalt his employees, but comparing webOS to Mac OS X is .... is ....
T

The analogy would be apt if Apple, Google, and Microsoft are to sit on their lead in mobile and not constantly iterate in the coming years (such as Microsoft did with Windows). Then I could see HP catching up. Maybe..
But the way Android and iOS march on and how HP's reach does not seem to have added much to the progress of WebOS, I won't bet on them.

Even if it were a good product (I don't know I have never used it), I can't see it being successful. If Microsoft does not have the guns to go up against the big two, Why would anyone think HP could.
S

He is just trying to keep people from comparing the TouchPad to iPad.

nefan65 said:
This guy is delusional. Comparing this to OSX' original rollout? Please...talk about grasping...
Click to expand...

I actually agree with him. WebOS' reviews seem very similar to the original OS X rollout- everyone reviewing OS X said, "Tons of potentials, some minor hiccups that need to be ironed out". Arstechnica recently did a review of their OS X 10.0 review that was interesting. WebOS seems to have, at least IMO, the most potential of any iOS competitor. It's being well handled and not fragmenting like Android, it doesn't seem as rushed, haphazard, and developer-unfriendly as the Blackberry Playbook, and it's not as "heavy" as Windows 8.

Really sorry they have not a slate phone as Galaxy S II or HD7...

the potential goes to WP7 these days...

somewhere outside your window...

lozpop said:
What a manager wouldn't say to exalt his employees, but comparing webOS to Mac OS X is .... is ....
Click to expand...

He wasn't comparing the two, simply noting that Mac OSX was hardly embraced from the outset. Bad reviews don't always result in failure. The opposite is also true.
M

Wasn't this war already fought (and decided) a while back with palm's last-gasp smartphone? (which resulted in up buying palm for spare parts).

Why would the outcome of the same battle be any different this time around?

As a long time windows guy I find it very interesting to see the big m$ manufacturers rollout of lame products in an environment where they don't have the backing of 90% software market-share...Apple must be loving this turn of events in the phone/tablet arena.

When Intel CEO Paul Otellini announced that his companys chips would be making their way to smartphones, he called the transition a marathon, not a sprint. (http://www.digitaltrends.com/mobile/intel-smartphone-push-postponed-again/)

Interesting that both Intel's and Microsoft's quotes have been tantamount to failure so far in mobile.
T

Wow, the comments above are quite malicious. Although this guy led the development the now worshiped iPod, his observations are obviously worthless since he doesn't currently work at Apple.
Last edited by a moderator: Jul 5, 2011

It's a great set of comments for Rubenstein to make. It keeps up morale. What would anyone expect him to say?

That being said, HP should have done a better job with this first WebOS tablet. The TouchPad will be one of a seeming endless series of tablets that is quickly forgotten. WebOS may be nice but it unfortunately is in the hands of HP which has become a cheap commodity computing company. HP ≠ Innovation.
S

I like WebOS. I wish them well.
Palm shoved that a company with small resources can innovate something great. Something that Nokia and other companies could have learned from.

Compering to OSX is strange. The genius behind OSX is the unix foundation. Something that has been developed since 1960.

Are HP hoping to have 50 years refining WebOS before it is in iOS class?

But I do hope that HP license out the OS to other vendors. Competition is good.

Their problem is, all the development efforts by 3rd parties is on Android and iOS. Even MS is having issues attracting apps.

So, even though WebOS could turn into a great OS, there's not a huge burning hole in the market like there was when OSX came out. Plus, Apple used the success of the iPod to attract new customers to the Mac... HP does not have anything like that. They would need something no one else has or totally change the game, not just one-up it. That will not be enough with the dominance of iOS and Android.
T

theheadguy said:
Wow, the comments above are quite malicious. Although this guy led the development the now worshiped iPod, his observations are obviously worthless since he doesn't currently work at Apple.
Click to expand...

I don't see anything derogatory above except perhaps "delusional." I think everyone has been quite hopeful (maybe even too lenient) on HPalm the past couple of years in hopes that they would push the technology further and therefore Apple.
Except for WebOS's multitasking I haven't seen anything that is a leap forward and should make anyone consider over iOS or Android. And that is why people are disappointed.
Last edited by a moderator: Jul 5, 2011
L

BeOS was going to be an incredible OS too.

GFLPraxis said:
I actually agree with him. WebOS' reviews seem very similar to the original OS X rollout- everyone reviewing OS X said, "Tons of potentials, some minor hiccups that need to be ironed out". Arstechnica recently did a review of their OS X 10.0 review that was interesting. WebOS seems to have, at least IMO, the most potential of any iOS competitor. It's being well handled and not fragmenting like Android, it doesn't seem as rushed, haphazard, and developer-unfriendly as the Blackberry Playbook, and it's not as "heavy" as Windows 8.
Click to expand...

I also agree with him. The reason iOS was able to take over the entire market was because they were the first one to put a real contender out. Mac OS X was hardly the first contender when it was released as computer OS, so it had to deal with the "it's not as good as the others" reviews, and similarly, WebOS is suffering from not being the first touch phone OS.

He's not wrong. All the reviews I read talked about its potential.

Other devices the reviewers just say 'it sucks' and leave it at that.

I think that you have to take that into account.

lunarworks said:
BeOS was going to be an incredible OS too.
Click to expand...