Vogue editor Robert Sullivan today published a profile of Apple's Jony Ive, documenting his rise from a small London design firm to become one of the most recognized and respected designers in the world. The life-changing moment happened when Ive met Steve Jobs and the two "just clicked." 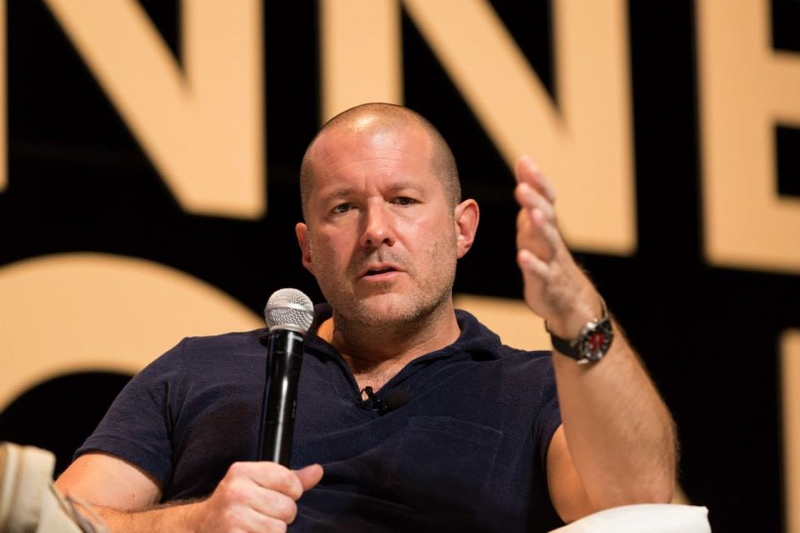 Ive talks about feeling a little apart, like Jobs. "When you feel that the way you interpret the world is fairly idiosyncratic, you can feel somewhat ostracized and lonely"--big laugh here--"and I think that we both perceived the world in the same way."
Click to expand...

In his time at Apple, Ive has led design efforts on a number of iconic products including the iMac, iPhone, MacBook Pro and most recently the Apple Watch, which the company unveiled alongside the iPhone 6 and 6 Plus and which Ive showed to Sullivan weeks before its public unveiling. Speaking about the Apple Watch, Ive hopes to rekindle interest in a device the smartphone threatens to make obsolete.

"It's strange when you've been working on something for three years . . ." he says, shaking his head. He describes the trajectory of clocks to watches: from a public clock in a Bavarian square to timepieces owned by royalty, to military chronometers, to the watch's arrival, only at the beginning of the twentieth century, on the wrist. "It's fascinating how people struggled with wearing this incredibly powerful technology personally." The cell phone, of course, killed the watch to some extent. Now he wants to reset the balance.
Click to expand...

Ive's emphasis with the Watch and all of his designs is simplicity. "Everything we've been trying to do," he says, "it's that pursuit of the very pure and very simple." Ive also strives to foster an intimate connection between people and the technology they use, a philosophy that is apparent in the Apple Watch.

"You know how very often technology tends to inhibit rather than enable more nuanced, subtle communication?" he asks. This is the question that haunts the son of a craftsman: Is he making tools that improve the world or shut people down? "We spent a lot of time working on this special mechanism inside, combined with the built-in speaker" --he demonstrates on his wrist. You can select a chosen person, also wearing the watch, and transmit your pulse to them. "You feel this very gentle tap," he says, "and you can feel my heartbeat. This is a very big deal, I think. It's being able to communicate in a very gentle way."
Click to expand...

The full interview and profile is an interesting look at Ive, his design philosophy, and the Apple Watch. Ive's careful design will be put to the test once again when the Apple Watch hits retail shelves early next year. The smartwatch will be available in a variety of configurations designed to appeal to athletes, fashionistas, and the everyday consumer.

The balance in the watch world has never changed for me with the popularity of the smartphone.

I will never give up my stainless Daytona, Big Pilot or my Black Seal. Switzerland still has the lock on timepieces. IMO

and. . .I'm going to be a bit creeped out if people start sending me their heartbeat. . . What am I supposed to think when that happens. New creeper threat vector IMO.
C

I hope they didn't spend too much time on that heartbeat sharing feature that no one will use...

I still think the heartbeat thing is weird and kinda creepy...
T

What I don't get is why they continue to harp on the pulse transmission thing as this really intimate way of communicating. It's such a gimmick! You'll probably use it once and then never again.

Infinitewisdom said:
What I don't get is why they continue to harp on the pulse transmission thing as this really intimate way of communicating. It's such a gimmick! You'll probably use it once and then never again.
Click to expand...

Imagine the responses here if Samsung advertised this "feature"?

Watch will do, and I'm definitely getting one.

Time found it's place on the wrist. It definitely belongs there. Sure it's great to have it on your phone, but during the majority of the day that's unreasonable. I know the Health components of this will improve my lifestyle regarding health, the communication ones are pretty cool, but not a game-changer for me.
P

Meh, too much of a novelty, big Apple fan but I don't have much interest.
D

They're really trying to force this on the fashion crowd.

critter13 said:
I hope they didn't spend too much time on that heartbeat sharing feature that no one will use...
Click to expand...

The sharing component, most probably, still pretty cool though.

I'd like to see it be able to monitor the heart and whilst exercising, in a health app, beep or vibrate to tell me my heart rate is going down - just like the Assassins shoes on the Simpsons and then to keep running/walking/exercising more to keep it up.
T

Infinitewisdom said:
What I don't get is why they continue to harp on the pulse transmission thing as this really intimate way of communicating. It's such a gimmick! You'll probably use it once and then never again.
Click to expand...

Should my wife and I have the watch, it would be a very elegant way to say "I'm thinking of you" or "I love you" throughout the day or when apart.

That said, texting one of those is doing me well for now. Oh ya, and I'm not in a position to shell out an additional $700 to make texting more convenient.

"When Ive shows it to meweeks before the products exhaustive launch, hosted by new CEO Tim Cookin a situation room that has us surrounded by guards, it feels like a matter of national security."-Robert Sullivan
I think it's odd that Robert Sullivan would refer to Tim Cook as the "new CEO" when referencing the launch of the Apple Watch on September 9th. How long does he have to be there before he's not "new"?

I wonder how much movement it takes for the display to turn on. They said when the watch is raised, but I'm always slightly turning my wrist and quickly and discreetly checking the time.

I think his comment about Jobs and him seeing life in a similar fashion is nice, and likely true. The watch itself isn't horrible. I wish it had a GPS feature so it didn't need to really be a true companion device to the iPhone, but perhaps later on down the line. I'm not sure I'll get one. I do love my FitBit and I feel I am a bit rough on it. I have a very nice watch and a handful of okay watches. Lately, I haven't been wearing any. We'll see though.
L

Is he a rock star now?
I

If the watch had a camera and you could be the dick tracy thing, that would be a great selling point... but unfortunately, it doesn't have a camera, and one of the most important selling factors for a watch kin that price category nowadays is features.
S

The Apple Watch does not appeal to this athlete.

Good for you man, looks like your day is off to a great start!

The fact that they are pushing this as a fashion piece is a turn-off. It also lets you know what their take on the demographics of Apple gear users are. No longer is the focus on "Think Different". People are trying to fit in.

I look forward to learning why I need this device. Right now I just don't get why I need a device which is tied to my smartphone to get anything done. Just seems redundant...
S