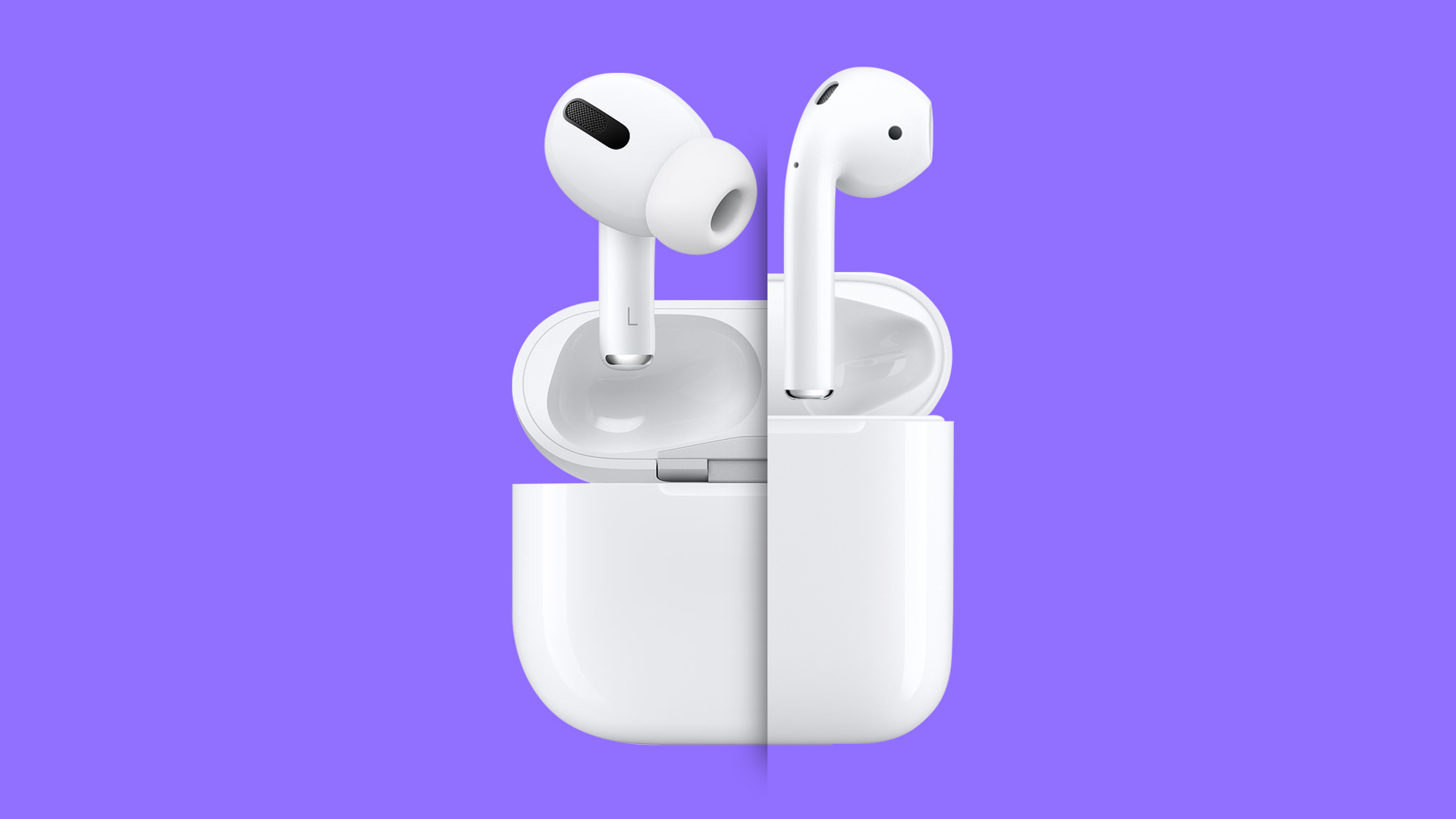 Apple is expected to launch new entry-level AirPods with a form factor design similar to AirPods Pro in the first half of 2021, and Kuo's latest note advances his earlier prediction by underlining the need for SiP technology to integrate the earbuds' audio features into the smaller casing. Introduced in 2019, AirPods Pro feature a different in-ear design to AirPods, with shorter stems below the ear.

Based on the so-called "AirPods 3" arriving in the first half of next year, Kuo believes current-generation AirPods Pro part suppliers should see component shipments grow an estimated 50 percent to 100 percent year over year. The existing second-generation AirPods are expected to be discontinued when the new models are launched.

Amkor, JCET and Huanxu Electronics are in line to supply the SiP components, while Shin Zu Shing is expected to supply the AirPods case hinge, said Kuo.

Overall AirPods shipments are projected to slow in 2021, with growth expected at 28 percent year on year, compared to an expected 65.1 percent growth year on year in 2020, which Kuo believes will be stimulated by Apple's decision to sell the "iPhone 12" without wired EarPods included in the box.

will it come with the same problematic firmware updates?

Still rocking the original AirPods, since December 2016. never had a single issue with them so I will just keep using them.
Reactions: JGIGS and AngerDanger

Ugh. I hope this doesn’t mean all AirPods moving forward will be in-ear. Bought the Pros and returned them right away and want back to my first-gen AirPods.

My use for AirPods is limited to listening to podcasts at work or during long phone calls, and I only use one at a time. I don’t need (or want) and earphone ‘plugged’ into my ear the entire time for simple stuff like this.
Reactions: UpLeft, kaans, tennisproha and 9 others

BvizioN said:
Still rocking the original AirPods, since December 2016. never had a single issue with them so I will just keep using them.
Click to expand...

do yours still last? Mine barely last an hour
Reactions: TimSHB, dpelletier360 and na1577

Please no silicone tips on AirPods. They are perfect as they are. They only need better battery longevity.
Reactions: kaans, TimSHB, cast1glion1 and 6 others

itsmilo said:
do yours still last? Mine barely last an hour
Click to expand...

They do but to be honest I do not listen for an extended amount of time on them. If I am listening to music, half an hour or 40 min at a time before I place them back in the box. I also use them when watching Netflix on my Apple TV late in the evening, had a few times sounding a low battery warning. I wouldn't say I have ever been a heavy user, just a moderate one. So these still do it for me.

Seems foolish to only offer one style. The regular AirPods are uncomfortable for me and don’t fit in my ears, but the AirPods Pro do. Likewise other people have the opposite experience and can’t get a comfortable snug fit with the AirPods Pro but the regular AirPod design works well for them. They should continue to offer both styles.
Reactions: UpLeft, tennisproha, TimSHB and 5 others

Apple will just save me some money.Thanks Apple..No way gonna buy earphones with silicone tips to make my ear hurt..Did it once with beatsx never gonna do it again...
Reactions: TimSHB, cast1glion1, captainorange and 1 other person

The original Airpods are fine except for the battery.

I just want a battery that degrades waaay sloower than the 1st gen ones. Right now, they are essentially consumables for 2-3 years.
Reactions: TimSHB and JosephAW
4

Interesting that the article indicates that the AirPod growth will eventually ‘slow’ at ~28% in 2021 compared to ~60% growth overall in 2020. If I had to guess why, it’s probably has nothing to do with the ‘price point’, it’s probably do with saturation and technology advancement slowing down with product maturity.

Eventually I think the AirPods will all have one uniform design and somehow be health oriented coupled with the Apple Watch and the future AR glasses.

I doubt they will casually throw away the iconic slender shape.

The whole wow factor of the original AirPods was that they look just like the wired EarPods, but are fully wireless! Magic!
Last edited: Jul 7, 2020
Reactions: Ximenez_Kin
Y

The ANC on the AirPods Pro gets more like OG AirPods with every fw update.

I’ll be steering well clear of the so-called HeadPods due to the inabilty to disable automatic updates.

Sony XM4’s for me, assuming they have simultaneous/dual connection and the ANC is same/better than XM3’s.

I will never, ever again buy product with non replaceable battery!!! after 3 years air-pods are on 10% of initial battery capacity. with minimal usage!
Reactions: JosephAW

Pero Peric said:
I will never, ever again buy product with non replaceable battery!!! after 3 years air-pods are on 10% of initial battery capacity. with minimal usage!
Click to expand...

Apple could achieve this by making the stems replaceable with new batteries and offer slightly thicker options for longer battery life with a case that can accommodate various thickness.

In reality I don't think I'll ever make it three years with mine because I've almost lost them several times. One day one or both will fall out when I'm riding my bike and I won't know it until it's too late. I hate the panic attack when that happens because of the costs to replace them. I may have to go back to my TWS models for $20 when they get lost for good.
Reactions: tennisproha and V_Man
B

Pero Peric said:
I will never, ever again buy product with non replaceable battery!!! after 3 years air-pods are on 10% of initial battery capacity. with minimal usage!
Click to expand...

What do you expect from something that small?

Since you are aren't buying AirPods, what do you plan to use, if anything?
M

I wonder how they are going to differ from the current Airpods Pro. I was naively expecting a heart rate monitor in the Airpods Pro 2, but if they are going forward with the same desing and silicone tips, that will not happen.

Interestingly, the microphones on my first gen won't work anymore. When I look at the connectors at the bottom, they are not shiny anymore, and the small grid is almost white. I assume this is rust due to my sweaty ears during my 10k runs. Pity, I realized this almost 13 months after purchase. I'm still using them but only for listening to music.
P

MacRumors said:
Overall AirPods shipments are projected to slow in 2021, with growth expected at 28 percent year on year, compared to an expected 65.1 percent growth year on year in 2020, which Kuo believes will be stimulated by Apple's decision to sell the "iPhone 12" without wired EarPods included in the box.
Click to expand...

So which is it? No one uses included EarPods blah blah blah e-waste blah blah blah, or AirPods are going grow significantly because users will be forced to buy something?

Can't have it both ways.

I'm inclined to believe the investment analyst over the grumblings of the forum.

man, i hope they don't phase out the original airpod style. pro's are ugly af imho and the regular airpods fit my ears perfectly - haven't had one instance of it falling out in 3+ years.
Last edited: Jul 7, 2020
Reactions: Caliber26

How about putting them into a case where I can actually take them out with my fingers rather than having to whack them against my palm and have them fly across the room?


alexandr said:
man, i hope they don't phase out the original airpod style. pro's are ugly af imho and the regular airpods fit my ears perfectly - haven't had one fall out in 3+ years.
Click to expand...

I guess I have non-standard ears because I cannot use them except when sitting absolutely still. If I move my head or the train jerks or hits a bump, they fly out of my ears. Now they stay at home.

Geoko78 said:
Apple will just save me some money.Thanks Apple..No way gonna buy earphones with silicone tips to make my ear hurt..Did it once with beatsx never gonna do it again...
Click to expand...

I have searched my whole life (nearly 50) for any headphones that don’t hurt (in/on/and over ear). AirPods were the first thing that both didn’t fall out and didn’t ever hurt. I was skeptical with the AirPods Pro, but they were even better for my use. I can wear them all day (swapping to charge) and I have no pain. Ears vary so widely, that it may not work for you (and it is an expensive risk to take), but I hope you can find your ear nirvana.

So what will differ the new APPs from the old? A little smaller?

Ya this isn't good news. Definitely good to have both styles of airpods available for purchase. I haven't tried the pros but the regular airpods fit my ears really well and cause little to no ear fatigue for hours. I often forget I'm even wearing them most of the time. I would like a redesign with the shorter stems, maybe the controls that the pros have, and if possible sound quality improvements, though I think they sound good enough, but the fit design works really well for many people. I could actually see having a set of both designs depending on what I'm doing.
U

I’ve been hoping for some hearing assist on the Pro. Since they come with environmental microphones, I’ve been expecting a software update that would allow me to control volume and tone of external sounds to provide help for moderate hearing damage. None yet.
You must log in or register to reply here.
Share:
Facebook Twitter Reddit Email Share Link
Register on MacRumors! This sidebar will go away, and you'll see fewer ads.
Sign Up
Top Bottom