SoundCloud has added support for Google Chromecast in the latest update to its iOS app, almost two years after support for the feature arrived on the Android version.

After updating the SoundCloud app, users of the music streaming service will also be able to cast songs from SoundCloud Go+, the company's paid subscription plan, to their TV and speakers. 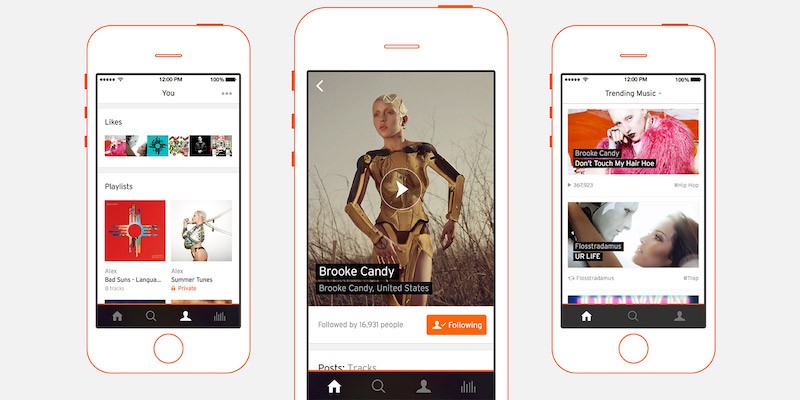 Now users with a SoundCloud Go+ subscription can stream their complete catalog through Google Chromecast. We also enabled shared playback, so multiple users can control what's playing. Finally, we upgraded both of the mobile apps and the receiver to provide a consistent and streamlined experience.
Click to expand...

Whenever a song is played over Chromecast, SoundCloud offers up song and album suggestions for adding to the currently streamed track list.

The SoundCloud app is a free download for iPhone and iPad available from the App Store. [Direct Link]

I downloaded the soundcloud app and kept getting spammed with notifications so deleted it before I really found out what it was capable of.

Sure I could have just turned the notifications off, but I am the sort of person who becomes more dismissive the more I am harassed.

the only thing soundcloud for ios misses is carplay support.
it works if you start the app on your phone, it can be controlled via "what's playing" but the experience is in the so-so range. 3rd party apps like VOX which support the soundcloud api and have carplay support just suck.
the thing is that you find stuff (mixes & non mainstream stuff) on soundcloud what's not available on other streaming music providers. so i use it ~2-3 hrs a day. for free.
You must log in or register to reply here.
Share:
Facebook Twitter Reddit Email Share Link
Register on MacRumors! This sidebar will go away, and you'll see fewer ads.
Sign Up
Top Bottom