Lightning Cables Failing Due to Corrosion, Cause Unclear

Since being introduced alongside the iPhone 5 in 2012, Apple's Lightning cable has been criticized for its poor durability, as it is prone to breakage and fraying near the adapter.

It appears the Lightning cable may be vulnerable to corrosion as well, according to a report from ZDNet's Jason O'Grady, who noticed corrosion on the gold contacts of his Lightning cable after it had been failing to charge his iPhone. 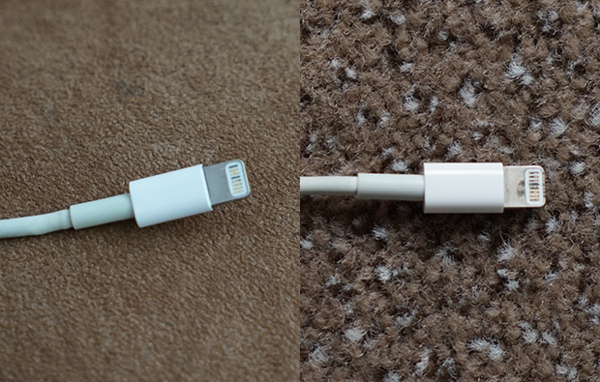 About a month ago the Apple Lightning to USB cable (PN: MD818ZM/A, $19) that I keep in my vehicle for charging my iPhone 5s began to fail. At first charging was intermittent, then within a week the cable wouldn't charge my iPhone at all. A closer look at the male end of the Apple Lightning to USB cable reveals that several of the gold contacts have become corroded.
Click to expand...

In addition to O'Grady, several other users on Apple's Support Communities have experienced corrosion issues as well, with reports dating back to 2012. Several users have been told by Apple that it is likely that the cables were exposed to moisture to cause the corrosion, but several reports suggest there was no contact with liquid before the corrosion appeared.

Apple Community user "Brockap3" supplied photos of his Lightning cable under a microscope and suggested that the corrosion was happening primarily on the VBUS/V++/Power pin on the Lightning cable. He offered two explanations for the issue:

2) electrical arcing causing the corrosion (originally I dismissed this as it is just USB - i.e. 5 V /2 A max)

After examining the male and female sides, it would seem both are likely culprits, but you would have to have some pretty serious condensation on the pins to get this to happen with steam.
Click to expand... 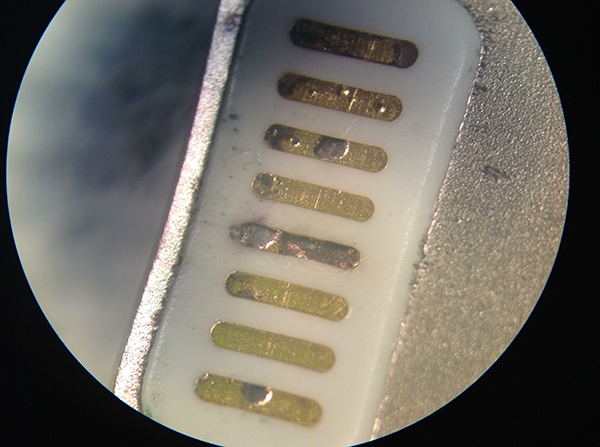 Apple does appear to be exchanging Lightning cables that are unusable due to the corrosive deposits, so it is likely that users experiencing issues can have their cables replaced at an Apple retail location or through an Authorized Service Provider.

Article Link: Lightning Cables Failing Due to Corrosion, Cause Unclear

Engineered-in obsolescence at it's finest.

happened to one of mine, will try to get it replaced.
P

TimeSquareDesi said:
Engineered-in obsolescence at it's finest.
Click to expand...

Yeah when they replace them for free it certainly seems that way.
/sarcasm

sorry, my apologies to everyone in advance. I just couldn't resist.

Only problem I've had is on one of mine, the outside cover is fraying.
C

iPhone 5 = usually outside warranty. Apple didn't exchange my cable after it stopped working. They told me I could buy a new cable for £15, so I decided to buy 10 cables for £8 on eBay, that's £0.80. They still seem to work. Maybe Apple should try copying the knock offs.
R

I've been highly Disappointed with the lighting adapter.

use a toothbrush to scrub that corrosion off, and you are back in business.
A

This accessory may not be supported.

I have 3 Apple Lightening cables (shipped with iPod, iPad and iPhone). One of the cables just recently started to cause the "This accessory may not be supported." error. It doesn't pop up immediately every time. But, after a few minutes it might display on the phone and stops charging. It was really annoying when I found out it was having a problem when I actually needed to use the cable when I was at work and my phone was runnin' low. How annoying. I don't see any corrosion on the leads though. So, I wonder what other issues there could be. Or, I could just have a bad cable.

If I'm near an Apple store, I'll try to return it and see if they will replace it.

liquid, condensation, sweat, on the cable, then plug it in and it corrodes. omg, wow, who would have thought.

and that's why it's a good idea to skip apple's overpriced cables, and buy several cheaper and compatible cables off of ebay instead.

iPod/iPhone cables have never been Apples strongpoint for durability. 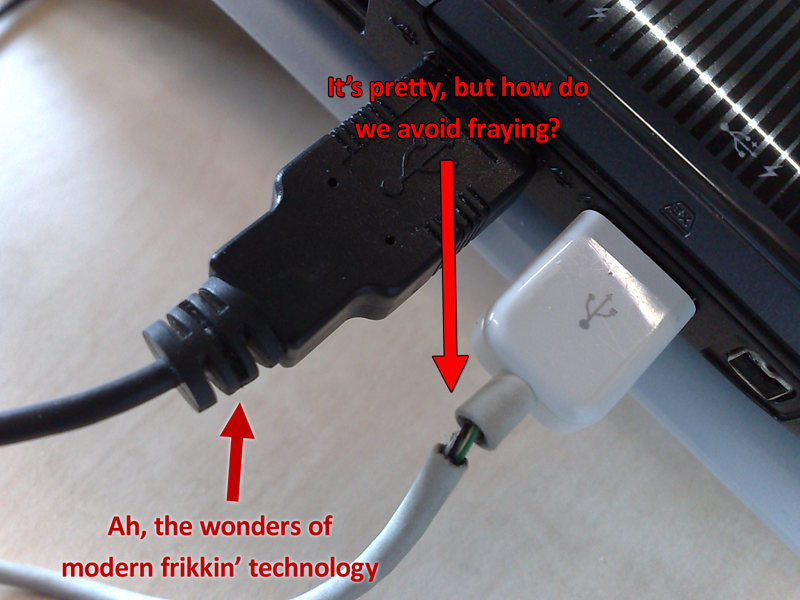 I think when they said gold they mean color, because as you said gold doesn't corrode.

one of my chargers had that happen to it.

This happened to one of my cables. All the others are fine. The one it happened to happens to be the one that was in my car for a long time, where there's moisture and heat in the summer.

Coincidence? I think not; the one on the 30-pin to lightning adapter stuck in my iHome alarm clock, which gets a plug-in-and-out cycle every 24 hours or so, is perfectly fine.

They just need to engineer them a bit better to resist moisture and heat, I think.
V

I've been very happy with the redesign of the Magsafe connector. The "T" version was a problem but the "L" one has been fine. I notice also that the cable itself is stiffer

It's amazing how people don't take care of their products, and go blame the manufacture when they break their things. Out of the 20 some OEM Apple USB cables and power adapters that I used over the last 10 years, none of them shows sign of fraying. Some power adapters eventually failed, but not from frayed cable.

Not saying Apple's products and peripherals don't ever fail, but frayed cables are usually the users' fault.
A

bearbo said:
It's amazing how people don't take care of their products, and go blame the manufacture when they break their things. Out of the 20 some OEM Apple USB cables and power adapters that I used over the last 10 years, none of them shows sign of fraying. Some power adapters eventually failed, but not from frayed cable.

Not saying Apple's products and peripherals don't ever fail, but frayed cables are usually the users' fault.
Click to expand...

most of mine fell apart, unlike the "fake" ones i've bought on amazon
S

bearbo said:
It's amazing how people don't take care of their products, and go blame the manufacture when they break their things. Out of the 20 some OEM Apple USB cables and power adapters that I used over the last 10 years, none of them shows sign of fraying. Some power adapters eventually failed, but not from frayed cable.

Not saying Apple's products and peripherals don't ever fail, but frayed cables are usually the users' fault.
Click to expand...

Lies. Every apple charger (and headphone cable) I've had since 2007 has broken or frayed at some point. This goes for Macbook, iOS device you name it. They're simply terrible. The only Apple cables I've not had to replace are the ones in static machines (iMac) and in my 2003 powerbook, of which has that 'ugly looking' anti fraying device shown on the black cable that someone posted above.
E

You're not charging it right.

Seriously, if you're going to try and lock down your cables to maximize profit you best make them bulletproof. Including against fraying because that isn't abuse, it's normal wear and tear and should hold up to it. Best to just get a Mophie and use the mini USB to charge it. Or blow on them like a Nintendo cart.

am I the only one that has never had any problem with their apple cables?

Even my original 30 pin on my ipod video (2005) still works perfectly (even the buttons you need to press to release it from the device!) and has no fraying at all. Every 30 pin I have and every lightning cable I have is still in near perfect condition.
M