I assume at least someone here is using some kind of Linux distributioin on their Mac?
What kind of experience you've had?

I recently booted Lubuntu from CD (not installed on HD) on my 1.2GHz iBook and the user interface performance seemed to be OK and webpages loaded OK also. One thing which wasn't so great was YouTube performance, of course it is horrible with these machine anyways but with Lubuntu it was even worse. Probably the GPU acceleration is simply not on same level as with OS X? Lubuntu seemed to tax the system more since even after some use with Mac OS X the fan has not really been active, but with Lubuntu it didn't take that long. Volume -buttons didn't work. I was of course running live system so maybe after installing there would have been some drivers, fixes etc. which would improve performance. I wasn't surfing with the built in wifi because it for example needs separate firmware to work.
Last edited: May 9, 2016
L

North of the HellHole

My apologies for the bizarre post, browsing on iOS 9 is a less stellar experience

I wanted to watch this thread so I could reply to it today but ended up posting an empty reply without realising it.

I've been using Ubuntu Mate 16.04 LTS Beta 1 because the issues with Mesa are fixed in this one.
Some instructions are buried in this page and the pages after it.

However the leanest way would Debian and installing your Desktop Environment of choice.

OpenBSD has all the ports , on FreeBSD you will need to compile them since PPC is a Tier 2 ( no compiled ports/binaries) architecture for them.
Last edited: May 10, 2016

Lastic
most folks when they make a post or reply to a post, usually have something to say.

Napoli, city of sun and pizza!

I have a PowerMac MDD 1.25 Ghz with Ati Radeon 900pro. I managed to install Ubuntu 10, 12, Lubuntu 14 and Ubuntu Mate 14. None of them worked properly with the gpu card, so it was not a pleasant experience. I am happy with Mac OS X Leopard as i found every kind of app I need and it takes advantage of all my Hardware. I would like to give a try with Morphos, but i did not have success in installing it

Zotaccian said:
I recently booted Lubuntu from CD (not installed on HD) on my 1.2GHz iBook
Click to expand...

A live disk can only give you an indication - apart from the slow speed of running from the disk, most of the drivers wont be loaded either.
I've found all the Linux flavours vary from machine to machine but I've yet to find one that didn't need post install work.
This is an excellent guide for Debian but it's also relevant for whatever you install:

If you're not prepared to scrub OS X to experiment with Linux, set up a separate partition to install it to - multibooting is no problem.
Regarding performance, I multiboot my 1.67Ghz 17" Powerbook with Debian Wheezy and it's not laggy at all - for Youtube I use Iceweasel (Firefox derivative)/Greasemonkey Add-on/Viewtube script which passes it to Mplayer - it uses around 30% CPU for 360P playback. 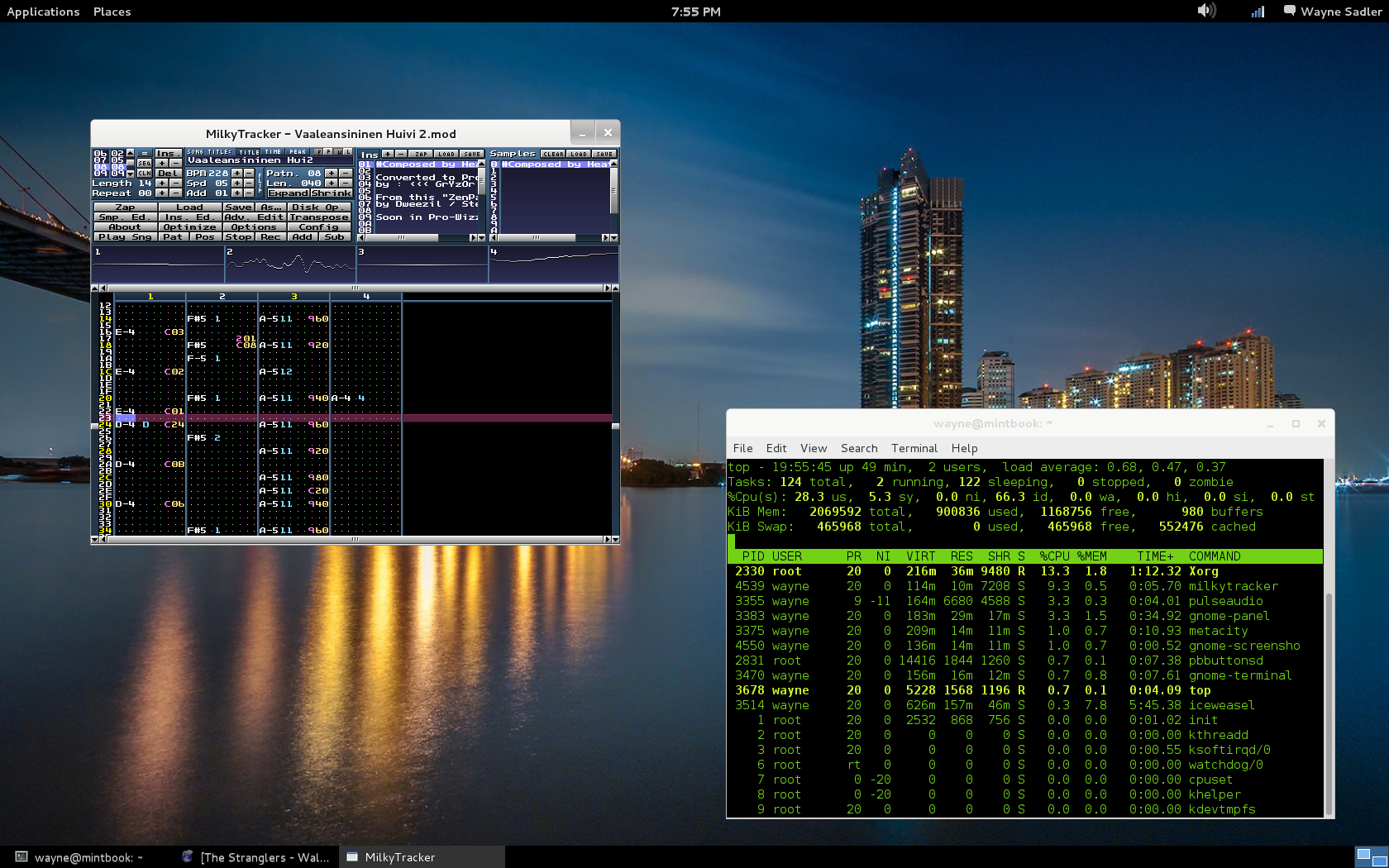 What Dronecatcher said x10. And:

Powermacs are getting old. Like, really old. Last one rolled off the line what, ten years ago now, and that's an eternity in computing time. The web is moving on and moving on fast. Even simple web pages are ludicrously javascripted to hell and back. This is all well documented on other threads in this forum. Which isn't to say Powermacs aren't useful, they still are of course, in lots and lots of ways. But, if you demand 720p youtube playback, save them pennies and buy a Chromebook. Or just stick with OS X, grab Coreplayer and download your 720p vid with PowerPC media center. I mean, its impressive as hell that we still can do that, ten years post Intelization. Thank you Dr. Cameron Kaiser, hope your honeymoon was awesome.

Linux...I've been using tux on PowerPC since MkLinux back in the late nineties. I am THAT old. It's awesome but its not a magic cure for anything, it will certainly not make the web less of a sh@t storm of bad code. OS X from the same era as the machine will always run better, be easier to install, give you less headaches. Apple are very, very good at what they do. Even worse, PowerPC Linux is poorly supported and doesn't have some of the uber lightweight options that x86 does. No LXLE, no Puppy, no AntiX, no ConnachaetOS, no Deli(cate). We are limited to Debian or Ubuntu with a lightweight window manager. MintPPC was by far the best of the bunch, but its Wheezy not Jessie, and not being updtated. Debian Wheezy has recently gone LTS, but...not for PowerPC. BooHoo.

Here is a recently posted video of exactly your Powerbook with Lubuntu 12.04, but loaded on a SSD. He does way too much talking and not enough showing of performance, but....I can definitely live with the snappiness of this machine. Problem is 12.04 is also getting old, and a year from now will have no support.

Zotaccian said:
I assume at least someone here is using some kind of Linux distributioin on their Mac?
What kind of experience you've had?
Click to expand...

I've got Debian Jessie 8.4 running on my G4 MDD 867 w/ 1.25 GHz motherboard and Radeon 9600XT graphics card. Required a lot of effort to get graphics right. I have an older version of mesa 3d drivers installed to get 24 bit graphics, and have that "pinned" so the system doesn't accidentally try to update those.
I get graphics stuttering on youtube, too. I use Qupzilla as primary browser because it's less resource-hungry than Firefox (ie, Iceweasel, the PPC clone).
Sound works but was initially muted. Used alsamixer to get that going, and pavucontrol (pulse audio) to crank up the volume.
Last edited: May 9, 2016

I'm guessing that on your iBook with any install you'll have to set up sound, wireless and possibly graphics drivers after the main installation. This is in no way difficult - just follow the guide I linked - it's just a few minutes typing into the Terminal.
If you go for a current release it will be a slower OS - an older one is faster - if you don't worry about online security concerns go for Lubuntu 12 or Xubuntu 10 for example.
Normally I'd only recommend Linux on PowerPC to those who like to dabble with systems as there's no real performance gain, however, as I detailed in my first post, my current Wheezy install is better at Youtube and browsing in general - the only grumble I do have is the touchpad mouse movement is flaky.
To get the most out of your iBook's hardware, Morphos is the solution but you have to acknowledge limited modern software and an environment that takes some getting used to unless you've grown up using an Amiga. Having said that, again, If you like to dabble, you'll have access to a vast archive of Amiga software and have customisation options that are crazy. Although it's free to try, the full version is around £100, so if a fast laptop was your objective, the money would be better spent on a newer machine.
If you want to stay PowerPC it is an option. I never understand why some people moan about the Morphos price but are willing to throw money into SSDs and graphics cards
L

North of the HellHole

OFF TOPIC How can one delete his erroneous posts ?

Oh and bear in mind you're not limited to one desktop environment with Linux, you can install several and choose which one at login if you wish.
For when you've had enough of clutter, you can't beat Openbox 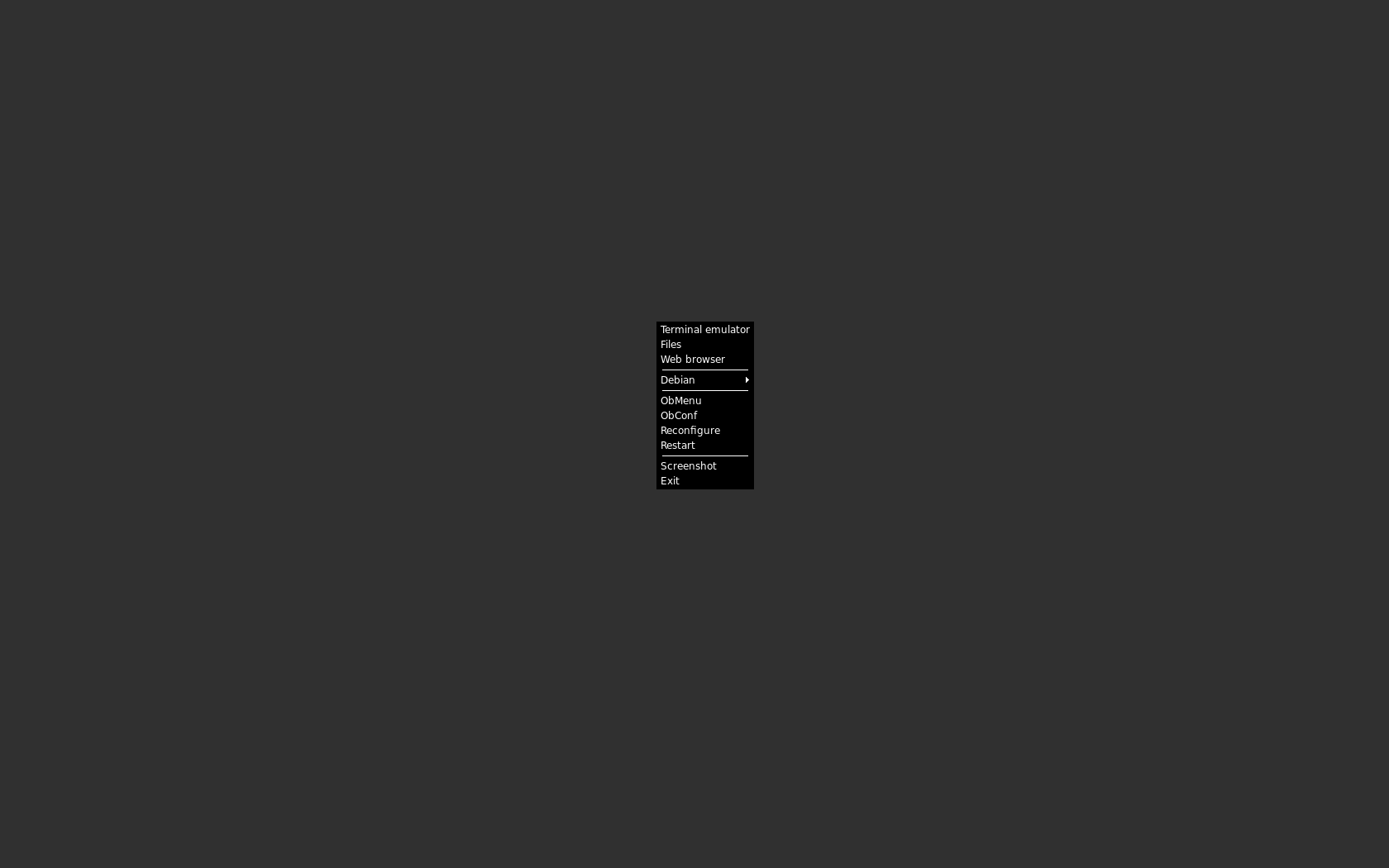 Dronecatcher said:
I never understand why some people moan about the Morphos price but are willing to throw money into SSDs and graphics cards
Click to expand...

Amen to that. People are just used to having "free" OS's, but not used to free SSDs or graphics cards. Of course nothing is really free, either you and your data are the product, or, you have to put up with not the best supported code. Life is a series of tradeoffs.

Don't forget guys you still have youtube-dl. From macports and tigerbrew. Mplayer doesn't build in macports(keyword ppc I just assume add keyword and it should build and install). But it does in tigerbrew. But I still prefer macports. I use to run debian on the ppc. Once I found out about macports(I'm new to osx/macintosh), I was done with it. I have all the latest gnu and foss tools at my disposal.
You must log in or register to reply here.
Share:
Facebook Twitter Reddit Email Link
Register on MacRumors! This sidebar will go away, and you'll see fewer ads.
Sign Up
Top Bottom