Apple's TV app gained a new News section late on Thursday. The dedicated section is appearing for users in the United States with devices running the latest iOS 11.2.5 and tvOS 11.2.5 releases. 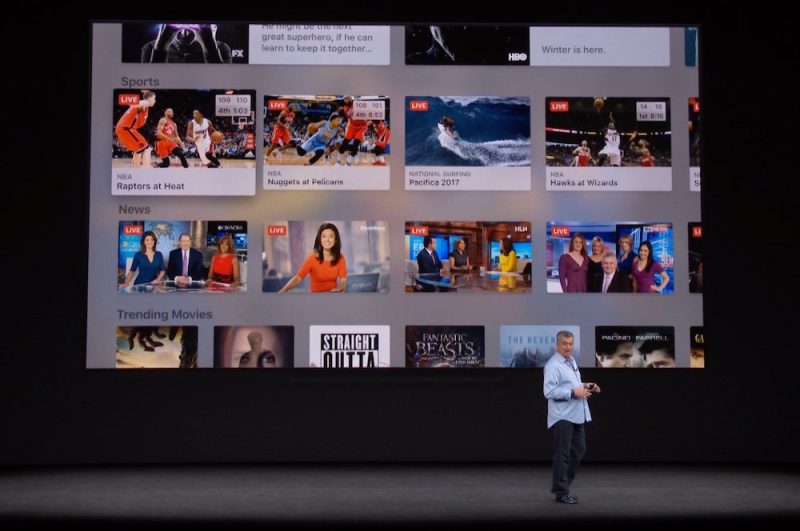 The new News option offers live streaming access to Bloomberg, CBS News, Cheddar, CNBC, CNN, and Fox News. The aggregated streams can be viewed directly within the TV app, although like other sourced content, users need to have the associated third-party tvOS apps installed for the channel links to show up.

The News section was originally demoed during Apple's September Apple TV 4K announcement, where the recently launched Sports section was also shown. The main difference between the two in the app interface is that Sports gets its own button, while News currently sits below a section created for the PyeongChang 2018 Winter Olympics in the "Watch Now" area of the TV app.

Ok I thought I was the only one seeing this.

Is this a case where I'll have to sign in to the app with my cable "provider," or do these just stream free? I ask because I'm stuck with Comca$h where I live.

Looks good. Just wish MSNBC and CSPAN were included too.
Reactions: seanrt
B

H3LL5P4WN said:
Is this a case where I'll have to sign in to the app with my cable "provider," or do these just stream free? I ask because I'm stuck with Comca$h where I live.
Click to expand...

I don't like the fact that you need to have all the 3rd party app downloaded. That seems like a design fail and very pointless.

I know they are just aggregating the streams but there's gotta be a better way to go about this.
J