Logitech announced two new additions to its line of iPad mini accessories today, including the Logitech Ultrathin Keyboard Folio for iPad mini and the Logitech Folio Protective Case for iPad mini. Both accessories feature two-sided protection that cover the iPad with water-repellant materials as well as a built in "SecureLock" system that clips the corners of the iPad mini to the frame of the respective cases. 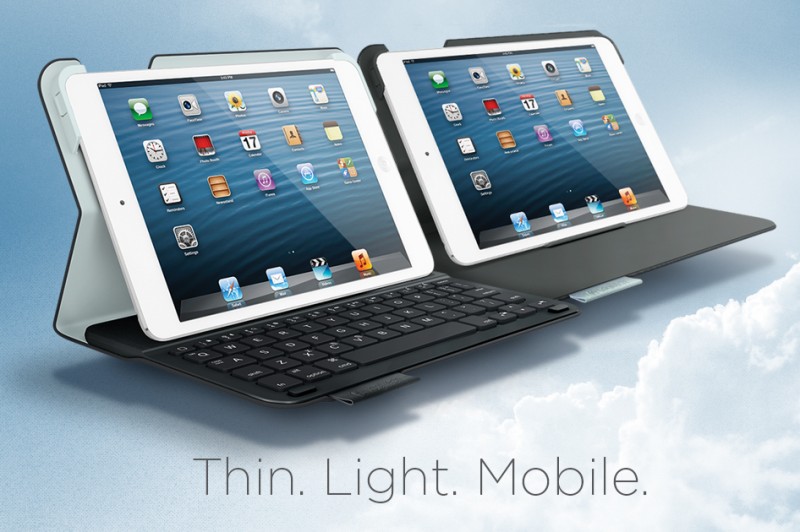 Specifically, the Logitech Folio Protective Case offers dual-sided protection with a built-in stand that holds the iPad mini in several different positions based on the activity of the user. The case also weighs in at less than half a pound and measures a bit over a half an inch thick, and includes the built-in ability to auto-wake and auto-sleep the device much like Apple's own Smart Cover for the iPad mini. 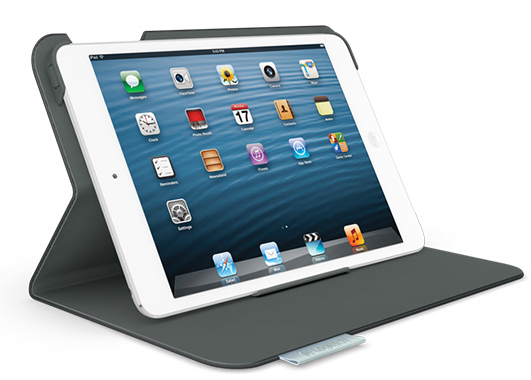 The Logitech Ultrathin Keyboard Folio includes features such as a new, smaller profile for the keyboard itself with bigger keys, as well as special iOS shortcut keys for functions such as copy, paste, and undo. The case also offers two-sided protection and can act as a stand with the keyboard tucked away, and offers up to three months of battery life on a full charge. 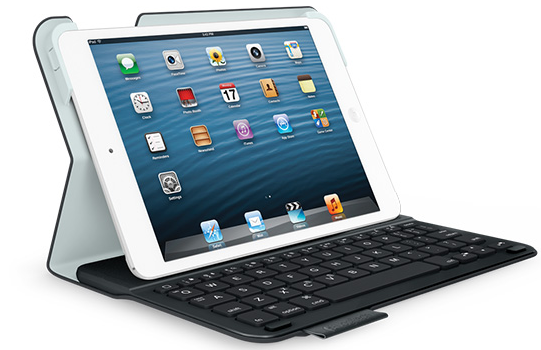 The Logitech Folio Protective Case for iPad mini retails for $49.99, while the Logitech Ultrathin Keyboard Folio retails for $89.99, with both available to purchase at Logitech's official website.

Excellent. Was hoping they'd do a keyboard folio for iPad mini.
Comment

How can you type on such a small keyboard? Sure its better than the one on the screen, but still so small! I have the one for the bigger iPad and think that is a little small. We need another type of character entry device that doesn't require flat horizontal space
Last edited: Aug 20, 2013
Comment
N

I like the hardware concept itself, but I hope iOS will soon support swipes via attached keyboards. Being able to do left/right swipes for app switching with the left/right keys + some modifier key would help with a more "true" desktop feel immensely!

Here's one who shared the same thought: Switch Between Apps With Alt-Tab / Command-Tab on iPad using Bluetooth Keyboard

There's apparently a VoiceOver trick that one can use, but it still doesn't feel quite right for my taste, and I hope Apple will some day introduce a BlueTooth API for deep iOS integration.

My ultimate wish would be for iOS to look and function basically like today, but being almost as conveniently used with a keyboard as a desktop OS as with touch for office-style apps. It'd be a challenge to get right, but I think it can be done with few compromises, many fewer than the mess that is Windows 8 & RT.
Comment

Any idea on when these ship? I thought I read October somewhere but now I can't find it. The only thing I can find is when you add it to the cart it comes up as "preorder" with no indication of ship date.
Comment

Hmm, that keyboard case doesn't look very thin to me at all. Both the keyboard side is pretty thick, and the tablet side seems very thick.
Comment

Great for someone doing a lot of eMailing or typing on their iPad.
Comment
M