So, I was thinking of upgrading my early 2009 Mac Pro 4,1 Nehalem dual Quad-Core 2.26GHz to a Westmere 12-core but before getting my hands on such CPUs I thought I’d try out a couple of x5570 2.93GHz quad-cores (lidded, fitted with washers and 5mm thermal strips, I happened to have laying around.

The machine is firmware upgraded to 5,1.

I had to re-set cpu b about a million times before the computer would boot without any blinking power button or red lights on the backplane.

It boots fine with any of the two single processors on its own (with red light and fan at full throttle) but when both are installed I get kernel panic on startup.

I’ve reset SMC, started up with opt+R+P and nothing helps. It won’t boot in recovery mode either.

I’ve also removed the Northbridge heatsink and cleaned up the dried thermal paste and reapplied with new. 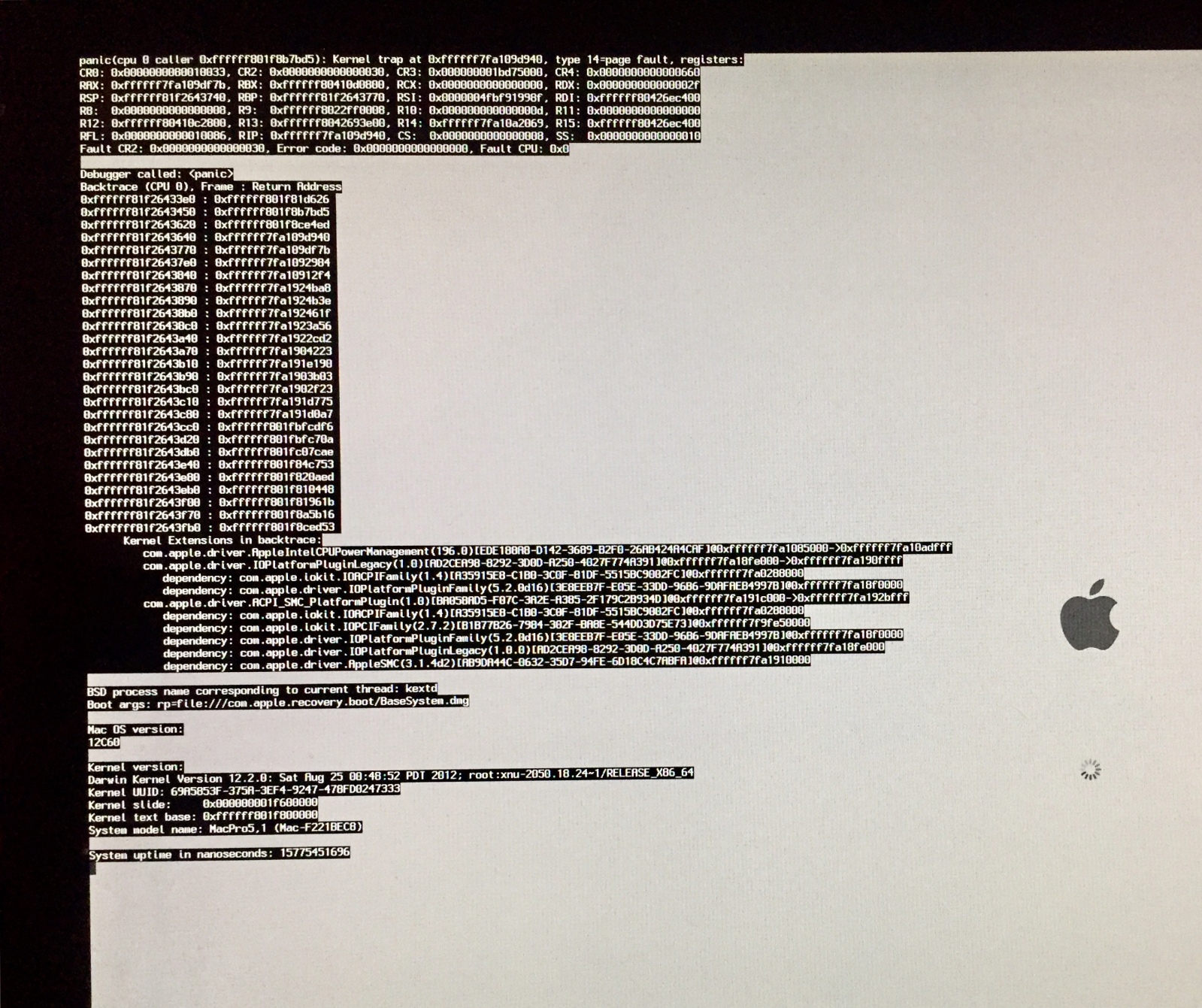 (I don’t understand aaanything of it)

Suggest booting up wit CPU A only.
If that's stable then remove the CPU, and install the other CPU in slot A.
D

Hi, thanks, I did that and both CPUs works in slot A but none of them in slot B (with one in slot A at the same time).

Tried switching back to the original 2.26’s and those work as a pair.

The system will boot in single user mode. I ran ‘system_profiler’ and it shows only one processor installed when there are actually two..

There really is no reason to do this anymore. The vice method has proved to be far safer now and will prevent any damage to the CPU pins and logic board. I suspect there is damage here.

Are the two X5570 identical? No engineering samples or stuff like that?

What's the spacing when you're using the washers? It's crucial to get it right. If there's not enough pressure, some pins don't make contact. If there's too much pressure, the pins might bend.

TBH, I won't "practice" this particular CPU upgrade, the more you do, the easier you damage the socket.

Also, even you can get it right this time. You may be still completely screw up in the next one, then why practice it?

As MVC said some time ago. This 4,1 dual processors upgrade is an art. Uncertainty is always there.
D

Kris Kelvin said:
Are the two X5570 identical? No engineering samples or stuff like that?

What's the spacing when you're using the washers? It's crucial to get it right. If there's not enough pressure, some pins don't make contact. If there's too much pressure, the pins might bend.
Click to expand...

I bought them pre-owned on eBay a couple of years ago, identical as far as I can tell. At first I used 2,2mm washers but that was a bit too high so I went with 2mm which worked fine with both processors in socket A. The socket pins looks fine to me. Maybe I should just give up and get a pair of delidded x5690... I mean theoretically it should work and since the original processors work every time I put them back in (so far...).

Actually delidded one of them now, I think I broke it.

I am more and more convinced that the dual-CPU 2009 upgrade is very risky. I know many here have done it, including myself, where it worked just fine. But I'm starting to think there is no safe procedure and that we were lucky with our successes.

I used to think the washer method was safe but at least one person has crushed their socket even with the washers as stops. Maybe the only truly safe route is professionally delidded processors with money back guarantee. It really is an art.
Reactions: flowrider

^^^^, Yes, of course you are right. I can't understand why Apple would use lidded CPUs on the 4,1 SP and all 5,1 cMPs and leave the DP 4,1 cMP with the foolish non standard delidded processor. It's beyond me