Today I stumbled across some groups of red pixels and the side of my 15" MBP. They are hard to recognize on anything else than a black screen, so some of them might have been there for a while already.

The screen was replaced last winter (staingate), so I'm not sure if this could be an issue with the new screen?
Or is it more likely, that the GPU is about to die, which would also explain other (performance) issues I have using this machine.
A reboot didn't fix it and the red pixels appeared during boot. Should I try the usual PRAM/SMC stuff, too? 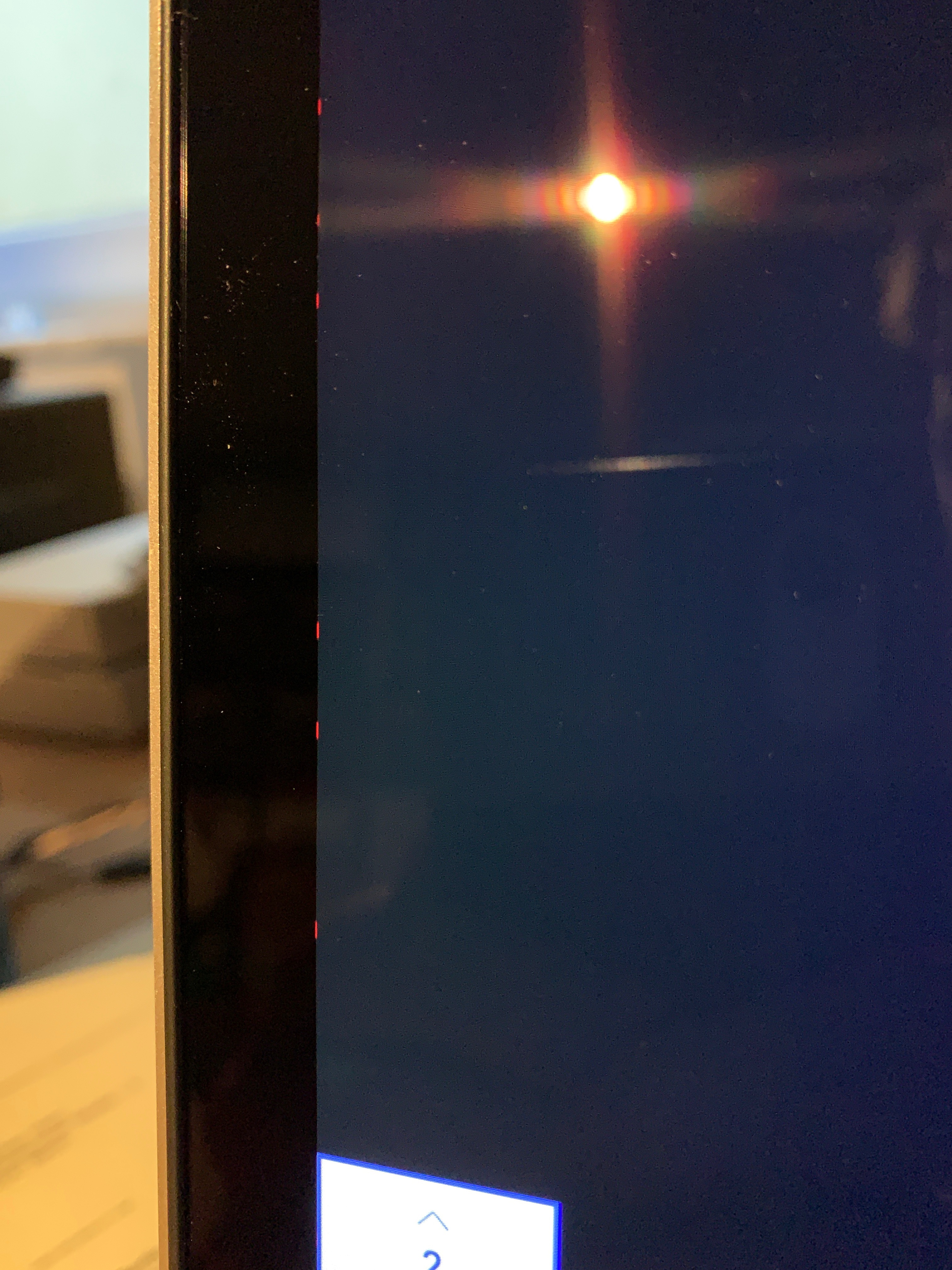 I would initially say that because you had the screen replaced that your issue is a result of that. That looks hardware related to me but others may have a different opinion.

Static stuck pixels such as that indicate a problem with the LCD panel. A GPU issue would be random and change.

Thanks! I’ll see if these replacement screens come with some sort of warranty here in Germany then

grmlin said:
Thanks! I’ll see if these replacement screens come with some sort of warranty here in Germany then
Click to expand...

It will likely be cheaper to sell your computer and buy the same model used in good condition.

We will replace it anyway the coming weeks. But it’s probably staying around in the office as a backup device.
If they fix the screen for free as it’s only some months old I’ll do that of course.

My mid 2015 15" had a 1" long one pixel row of blue pixels on the right edge of the screen.
It looked a lot like your red pixels.
I got the screen replaced under recall for the coating de-lamination issue and the problem did not return.
I guess it was a screen issue.
You must log in or register to reply here.
Share:
Facebook Twitter Reddit Email Share Link
Register on MacRumors! This sidebar will go away, and you'll see fewer ads.
Sign Up
Top Bottom