MacBook Pro 16" did see something strange in the pop-up (graphic issue?)

Hi,
I did see something strange in the notification pop-up it kind of "splitted" it self a little and I guess it was a graphic artefact issue or something like that. But as it did only happen once and I have never seen it before should I be worried?

I did boot it and after around 5min uptime on the battery I did notice it, it did happen when the notification pop-up was "going back" in the side menu. I did notice it as I was not doing anything on the MacBook and it was under a meeting. the MacBook was running on battery if that has something to do with it?

Anyway everything boils down to; Should I bee worried about a hardware issue or was this only a one thing issues that did happen because of something in the software or things like that?
It was looking something like in the picture I have made the picture my self so you guys can understand what I mean. 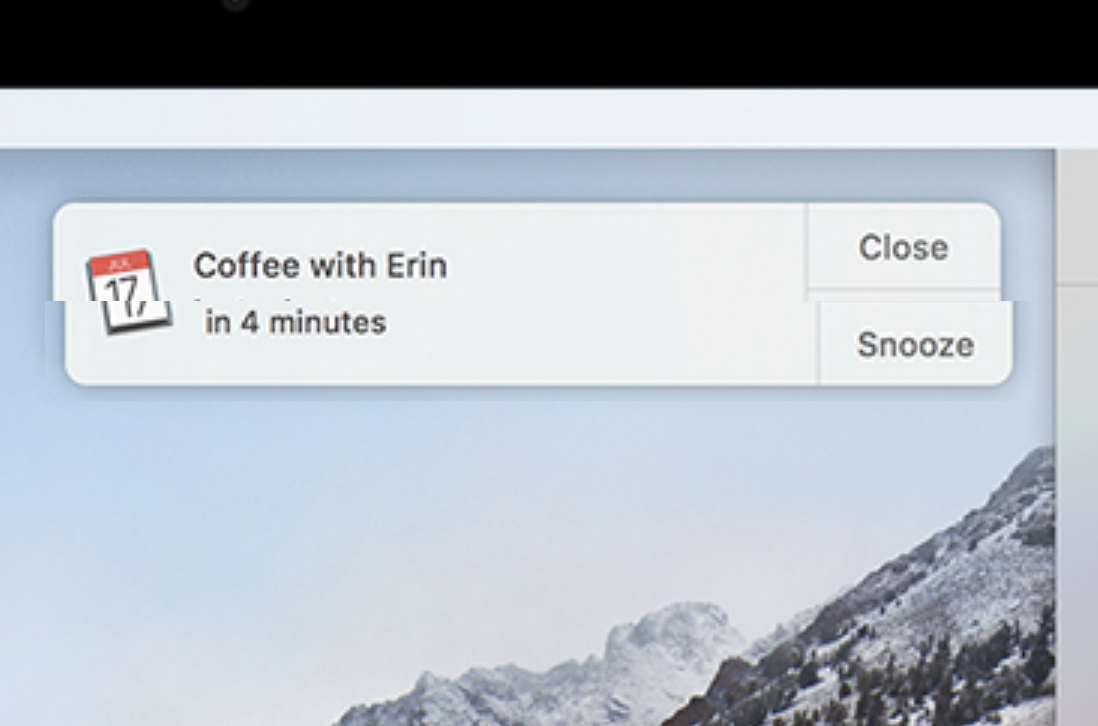 If it keeps happening, it's certainly worth reporting to Apple. So far doesn't look like a serious issue.

Sanpete said:
If it keeps happening, it's certainly worth reporting to Apple. So far doesn't look like a serious issue.
Click to expand...

and just to point out, that picture did I make it’s not a screenshot I just wanted you to understand how it looked like but my picture does look worse then it was.

and it has not happend again after or before
C

I’ve had random little glitches like that in catalina, and also occasionally on other versions and definitely on iOS. I just ignore them. Obviously if it’s some persistent issue then do something about it but I always just figured it’s no big deal as long as everything works and it doesn’t happen often. Maybe try a reboot.
You must log in or register to reply here.
Share:
Facebook Twitter Reddit Email Link
Top Bottom