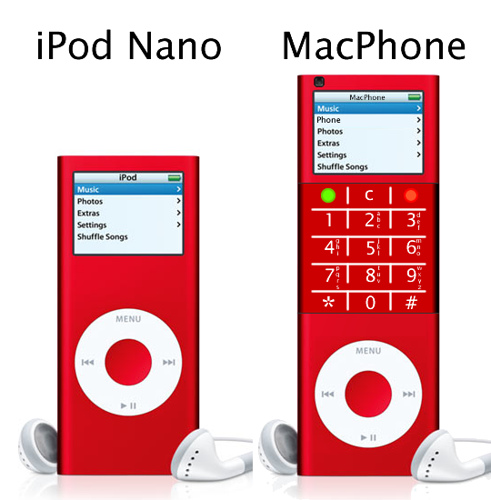 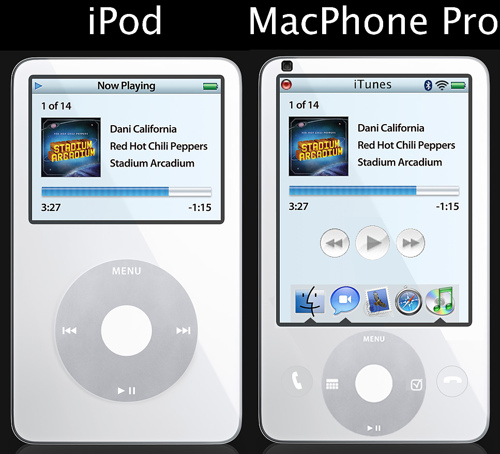 maybe the camera shouldnt be in the front? cool otherwise
Comment

jamesi said:
maybe the camera shouldnt be in the front? cool otherwise
Click to expand...

it's for video calling on a 3g network
Comment

The camera should be centered I think...why do you have it on the left? Otherwise, it looks sick!
Comment

what exactly do people get out of doing this?

Don't think it's probable they'd make the camera that small. Though I don't know how realistic you're trying to be. As just a fun thing, it's neat.
Comment

i just do these sorts of things to keep me occupied. if you wanna see more go onto my flickr stream
Comment
R

The slider's slider is orientated wrong. The clickwheel would be the "outer" part and the keypad would be the reveal, so the positions of the wheel and the pad should be reversed from where they are now. Also, vertically stacking letters is a general no-no, especially lower case ones.

The PDA is showing redundant controls with the play/pause button on the clickwheel and on the screen.

I also agree that the camera should be centered, and where are the speaker and microphone?

Overall though, just an uninspired design that doesn't offer much new other than a phone-like interface clunked ontop of an iPod.
Comment

It'd be sweet if you could center a black Apple logo on the rear surface and have the camera lens integrated into it so that it sort of wasn't that visible from the exterior. But I too think the camera on the back is a better idea....

I think the macphone is definetly going to have a bigger screen.
Comment

dornoforpyros said:
your macphone pro looks a little too much like a zune for my liking
Click to expand...

wow,now that you think about it that way.. it does a bit