For this week's giveaway, we've teamed up with Flir to give away a Flir FX Wi-Fi Home Monitoring Camera and a weatherproof housing accessory that lets the Flir FX be used outdoors.

Positioned as a competitor to products like the Nest Cam and the Logi Circle, the Flir FX is a compact home surveillance camera that's useful for keeping an eye on what's going on at home when you're not there. The Flir FX consists of a palm-sized wide-angle camera with a resolution of 1920 x 1080p, auto motion detection, Wi-Fi connectivity, and night vision.

Flir FX comes with a mount (and an optional outdoor housing) that lets it be positioned anywhere in the home -- I've got one on a desk that monitors my kitchen, front door, hallway, and a portion of my living room. It can run on battery four hours on the stand, so it can also move from room to room or work as a GoPro-style camera in a pinch, which is handy. Another neat feature: it can let you know the humidity and the temperature of the room it's in and alert you if there are significant changes. 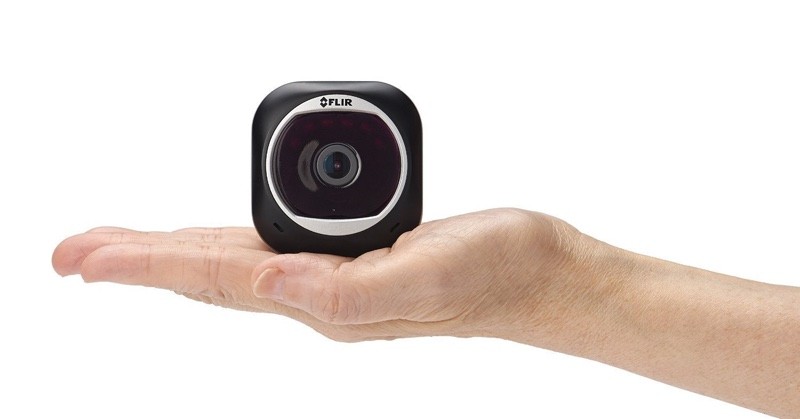 While great for making sure a home is safe from intruders, the Flir FX is also useful for keeping an eye on pets and kids with its two-way microphone and automatic recording based on motion. Image quality is crisp overall, but low-light capture can be a bit dark at times. At night, the night vision feature records movement up to 30 feet away and gives a clear picture of activity.

Flir FX ships with an 8GB microSD card (upgradeable), so video can be captured and viewed locally, which is a major plus. There's also a Flir Cloud feature for viewing streaming video on the Flir FX iOS app when you're away from home. Basic connectivity, with two days of unlimited cloud storage, is free, but up to 30 days of storage is available for $19.95 per month, which is pretty pricy. I was mostly satisfied with the free tier because video can be exported and saved locally, but the more expensive tiers have perks that enhance some of the app abilities like daily recaps. 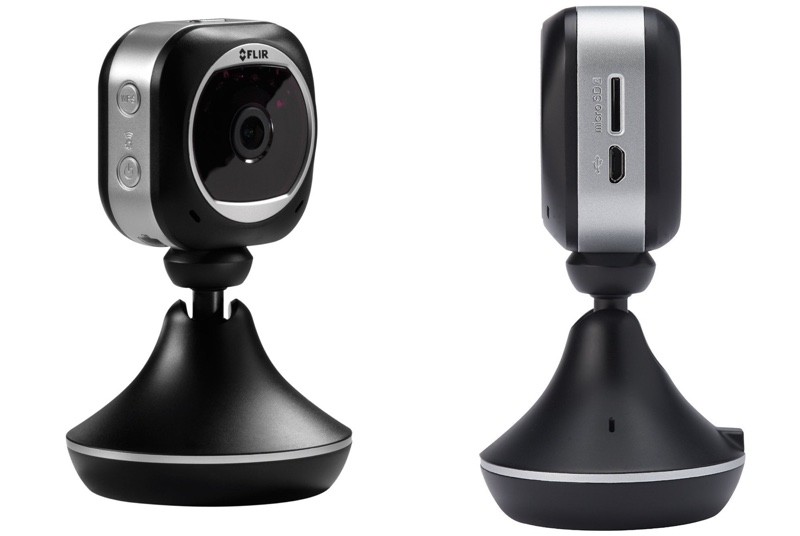 With the Flir FX iOS app, there are some nifty things you can do with the camera. The Flir FX works by sensing motion, and in the app, you can set SmartZones for it to monitor. I don't want to get an alert every time someone moves in the living room, for example, but I do want to know when someone comes in the front door. Detailed settings for motion capture are also available, including sensitivity adjustments movement and noise, and there's an option to turn on continuous recording to the microSD card.

I'm not a huge fan of the Flir FX app's interface, its slow loading speed, or the occasional delayed movement notifications I get, but I do like what it can do. The Flir FX app takes quick one minute videos whenever motion is detected, and sends an alert. It can also take snapshots and it has a list of all the manual recordings I've created on the microSD card. My favorite feature, by far, is the "RapidRecap," which aggregates all of the movement captured during the day into a single video with timestamped overlapping objects. It's a neat way to go through a ton of footage and see everything that happened in a day.


The Flir FX can be purchased directly from Flir for $199, but one lucky MacRumors reader will get a camera and an outdoor housing as part of our giveaway. To enter to win, use the Rafflecopter widget below and enter an email address. Email addresses will be used solely for contact purposes to reach the winner and send the prize.

I've been in the market for a home camera, mostly to be able to watch my cats remotely.
Reactions: Xenc, needfx and mrgraff

/dev/toaster said:
I've been in the market for a home camera, mostly to be able to watch my cats remotely.
Click to expand...

I read this and then looked at your Avatar image/picture. Thanks for adding a chuckle to my day.

This would be sweet on top of my built-in, ceiling high, living room book case.

Nice giveaway, but...
Too expensive, there are lots of *cheaper options, even a webcam/cam module connected to a RPI or pine64 does the trick for a LOT less.

* I am aware that this gives you options like cloud storage and RapidRecap but one could do without and there are free cloud services as well so it doesn't have that much more.

justperry said:
Nice giveaway, but...
Too expensive, there are lots of *cheaper options, even a webcam/cam module connected to a RPI or pine64 does the trick for a LOT less.

* I am aware that this gives you options like cloud storage and RapidRecap but one could do without and there are free cloud services as well so it doesn't have that much more.
Click to expand...

I don't know, the price seems to be in line with the the other consumer-friendly cameras, and has its share of useful features. I don't think its fair to compare the price of this to that of building something out of bare circuitboards and open source software. To get all that working for the sake of a $100 saving would probably be equivalent to working for less than minimum wage. Great if you're into that, but not everyone is.

Also, I have a Flir One, which also isn't cheap, but I absolutely love it.