Anyone given with a Nexus 5 given this a shot. They're promising convergence like both Ubuntu and WP. MM + Debian as I read it that's a pretty decent combination.

Maru packs a complete desktop experience on your smartphone. Your phone runs independently of your desktop so you can take a call and work on your big screen at the same time. Personal computing couldn't be simpler.
Click to expand...

Fascinating, kind of like windows continuum. I wonder if it works wirelessly? I have a 6p at home collecting dust and would be more than willing to beta test, but oddly they only have it for the N5 so far. So looks like it's Android behind the scenes, hopefully it will be able to run any app. Looking at the screenshots and desktop mode is fascinating, you get a smaller desktop type UI which doesn't look like blown up apps at all, rather they truly do look like desktop programs.
Comment

The desktop looks like XFCE plank it also looks pretty normal. My guess is it a chroot into the kernel and plop Debian on top of it. Quite a bit of stuff has been ported over to ARM since the introduction of the Pi so it should be mostly complete. I have a N5 I will be installing it on Sunday night, I'll pick up a prepaid SIM and I'll beg an HDMI display from someone. This is really what I wanted Ubuntu phone to be like but its still not.
Comment

lowendlinux said:
So I'm typing this from Maru my HDMI adaptor is here so tomorrow I'll try the Debian side
Click to expand...

Can't wait to hear your impressions. I've been waiting for something like this since the Ubuntu for Android concept was first announced a few years ago.

It looks interesting anyway. So essentially it's MM android and Debian together at same time? Or is it only android when it's on the phone and switches to Debian when expanded ? Is the extra load very heavy on things like performance and ram.
Comment

MRU said:
It looks interesting anyway. So essentially it's MM android and Debian together at same time? Or is it only android when it's on the phone and switches to Debian when expanded ? Is the extra load very heavy on things like performance and ram.
Click to expand...

It's Android when using it as a handset and Debian when connected. My IT dude is off doing IT dude stuff so I've not been able to grab a display yet to verify. From the screen shots it looks like XFCE so it should idle a 300-400mb of RAM. Debian especially if you're building it from scratch can be made quite small both in memory and storage footprint.

Even if it's not all the way there now it was built by one college kid and the source is now open so I imagine everything will be smoothed out and a couple Nexus devises supported by Christmas. Currently I'm looking for an interesting toy to play with and I have the phone so I'm going to try it and support it but this was always the type of convergence I wanted and newer SD are plenty powerful enough for most desktop tasks.

I had the idea this morning that a person could take a PiTop and modify the connection to make this work or ideally create a 3d printed case where you could just slide your phone into when you want a computer and if not just keep it as a handset.

But at square one I just want to see how it transitions between the two OS's and if it's actually usable.
Reactions: MRU
Comment 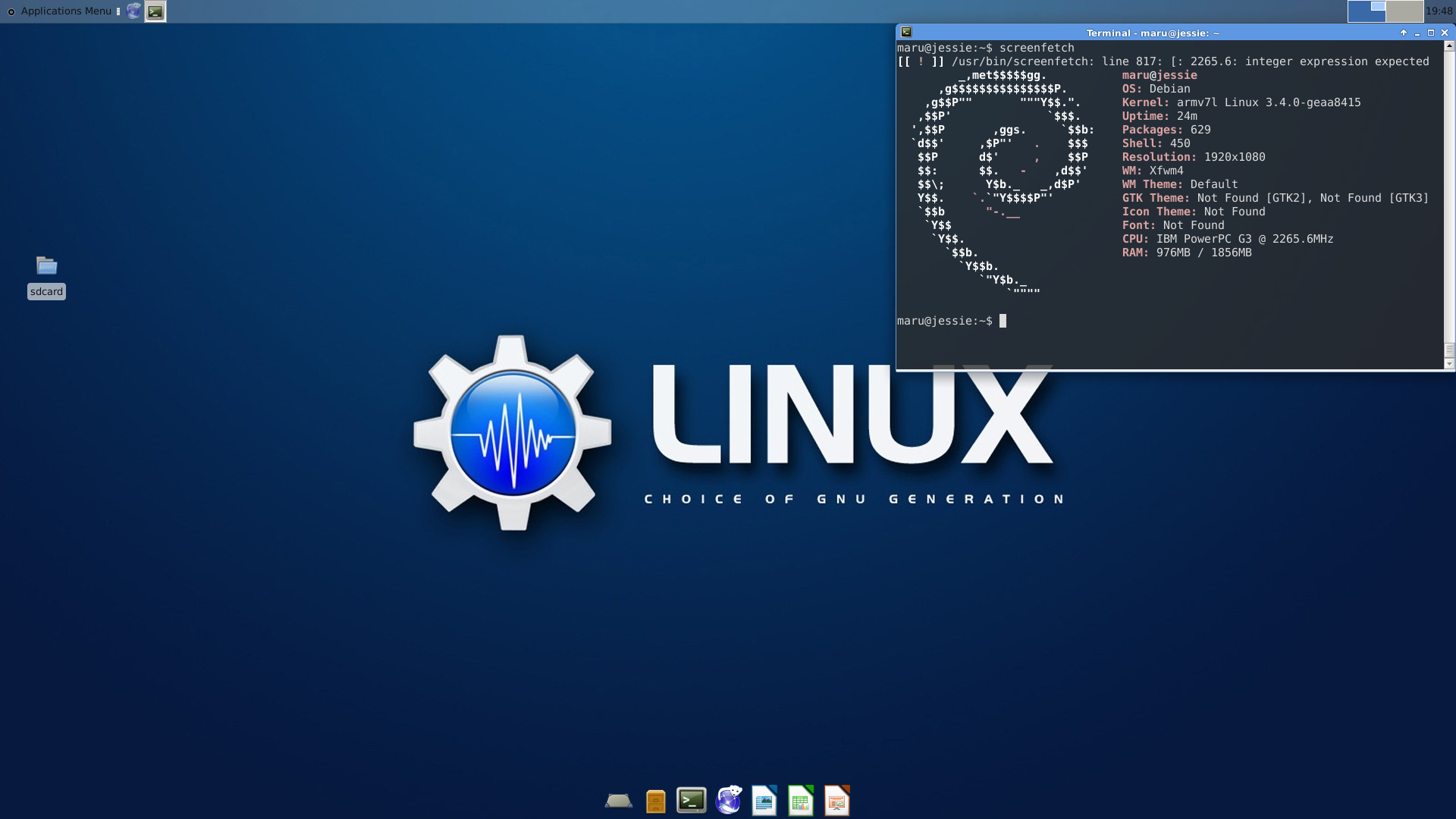 So I'm typing this from the Maru desktop and it's awesome the transition is instantaneous I have access to all my Android stuff and can transfer to Android by saving in sdcard this is what I was looking for in convergence. I looks like I was right it works a lot like running Linux on a chrombook you run a chroot on the Android kernel which on Debian stable is more than OK. I've got about $50 into trying it but it was well worth it now I can go home and not meed to carry my laptop if I don't want to. If you've got a Nexus 5 laying around give it a try!
Comment
You must log in or register to reply here.
Share:
Facebook Twitter Reddit Email Share Link
Register on MacRumors! This sidebar will go away, and you'll see fewer ads.
Sign Up
Top Bottom