MBP'17: Disabling ESCAPE button and part of the touchpad with tape?

I currently own rMBP’12 and rMBP’15 and just bought a 15" tbMBP’17. I have not been able to adjust to its ridiculous touch bar and oversized touch pad. Too many accidental clicks. I am now afraid of thinking what they are crafting for us next.

However, I love the keyboard and want to make this machine usable. I am now trying to cover left part of the touchbar and lower part of the touchpad with tape or other physical barrier, but nothing feels/looks good.

Has anybody tried to do what I am doing now? What can I use to survive with the machine until (if) Apple releases 15” without a touchar? 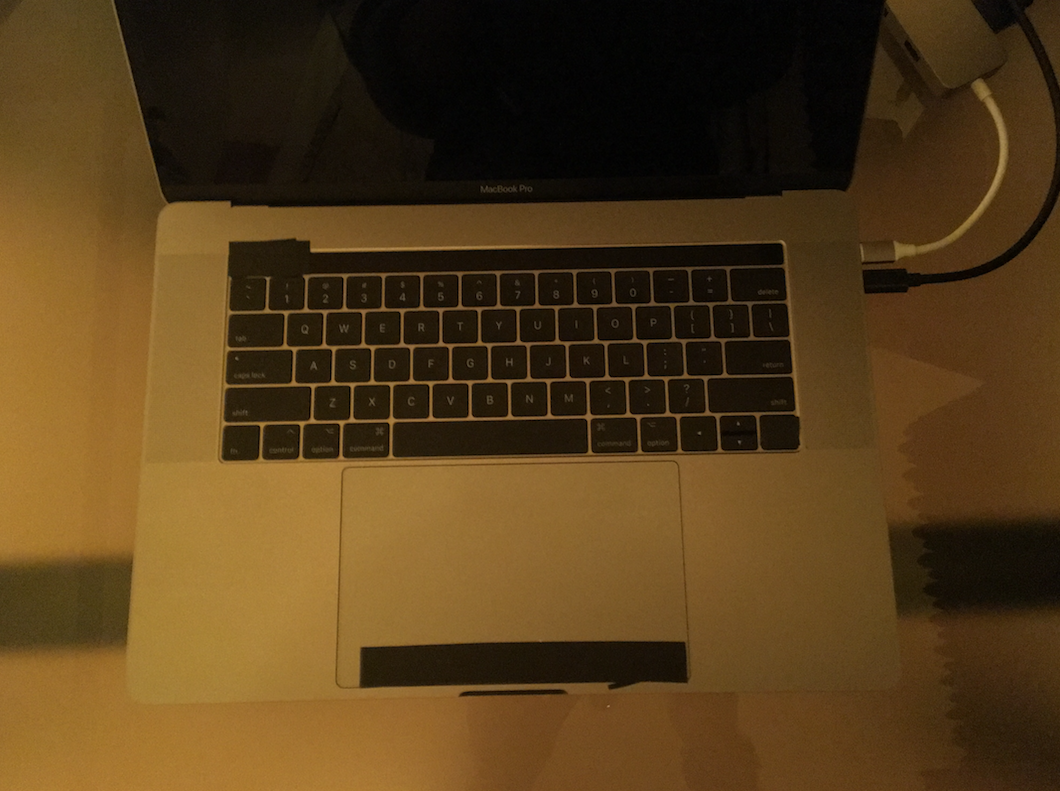 Do you really need the upgrade from your rMBP’15?

Personally if I had to start taping all over such an expensive machine to make it usable I would simply return it. I'm not saying it's a bad computer but it seems it doesn't fit your needs and you would be better off without it.

Glmnet1 said:
Do you really need the upgrade from your rMBP’15?
Click to expand...

Yes and No. The only thing that bothers me in 2015 is its keyboard. To me, the 2017 (not the 2016) keyboard is VASTLY superior to that from 2015. The positives from the keyboard upgrade far outweigh the negatives from MagSafe/USB removal and higher price.

However, the way Apple innovates around sensors destroys all the magic.
I just want the sensors to behave - am I really asking too much from Apple?


Glmnet1 said:
it seems it doesn't fit your needs
Click to expand...

I think the best longtime option is to go for a hand surgery. Would probably be a decent quality of life improvement in other areas as well.
Reactions: Samuelsan2001

leman said:
I think the best longtime option is to go for a hand surgery. Would probably be a decent quality of life improvement in other areas as well.
Click to expand...

I am sure your Mom will be proud of you when she reads your comment.
L

Appledoesnotlisten said:
I am sure your Mom will be proud of you when she reads your comment.
Click to expand...

Yes, she has a great sense of humour
Reactions: Samuelsan2001
S

If you don’t want to use the touchbar don’t use it, I have no idea why this would make you stick tape on it though. The touchpad should be fine it has very decent palm rejection and has been given very good reviews it may just take some getting used to. Also download better touch tool it will give you more options for your trackpad and touch bar and may well give you some configurations that help you out.

I wish they would get rid of it, but I sincerely doubt they will. Apple wants the MBP to have at least one distinguishing feature from it's competition and unfortunately the touch bar was what they decided to go with. I sincerely hope it wasn't the best they could come up with because when it comes down to it, it's really just a pretty gimmick that increases cost and eats up a chunk of the limited internal space.

My distaste for it went so far that when I just got another machine to replace my current one, which is starting to suffer from some minor issues like producing a high pitched screeching noise that hurts your ears when men with higher pitch voices speak I went with a second hand model from before the touch bar was added.
Reactions: Appledoesnotlisten
You must log in or register to reply here.
Share:
Facebook Twitter Reddit Email Share Link
Register on MacRumors! This sidebar will go away, and you'll see fewer ads.
Sign Up
Top Bottom