Any M43 users here have any opinion on some of the zoom lenses available.

I have the 12-50 kit lens that came with the Olympus OMD. I've been underwhelmed by its performance and its size seems a bit ungainly large for my liking. I've also had some CA to deal with especially when shooting on at the long end of its range. Stopping it down seems to fix this but in general I'm underwhelmed. I know some people love this lens but I'm not a happy camper.

I have a couple of primes which fit the bill (panny 20mm and a Oly 45mm) but when I'm walking around such as in DisneyWorld its no feasible to stop and swap lenses, so a zoom is a better fit.

I've read really positive stuff on the Panasonic 14-45 which appears to be hard to get and is expensive (300), the oly and panny 14-42 seem decent - any opinions on them?

Since I have ibis built into the camera, it doesn't seem to make sense to buy the panny lens with stabilization since it will be disabled but yet Panasonic seems to have a better reputation when it comes to lenses.

Given the price of the Olympus 14-42, it may make sense to buy the PEN E-PM2 which gives me a second body and the lens. That is spend between 440 for the camera with the 14-42 or spend 300 for the lens alone. A second body is a good second camera and a back up incase the OMD fails while I'm out and about.

Your logic of buying the PEN to get the lens seems sound but real fast, is this the lens?
http://www.adorama.com/IOM1442.html?gclid=CMPsnMvgqbcCFWZk7AodTAYA5g

If so, it's $250 at Adorama and in that case, I would simply buy the lens. Also, Adorama has used merch and it appears this lens is available used.
Comment

Looks like that lens is a four thirds cameras. I need the micro four thirds

I like the idea of a second body for back up. I had my Nikon D70 fail on me when on vacation in Aruba. Since then I try to have a spare camera with me. During my DSLR days I got a second body relatively cheaply. I'm not jazzed up about spending 400+ for a camera body that will collect dust but the PM2 is a small version of the OMD (sensor wise, though it has less features) so I'll use it where I'd want the smaller form factor. The lens is another matter since I want a better performing kit lens so factoring that in, it seems to make sense
Comment

Oh you are right. I saw 4/3 and didn't think anything of it. In that case, I think your logic is sound.
Comment
C

Optically the Panny 14-45 is the best of the lot. You'll lose the weather sealing and image quality won't be THAT much better. The Panny 2omm is a great walk around lens but the autofocus is a bit slow. The Panny 25mm is remarkable and has image quality to die for. Fast focus as well. If you want a true upgrade in image quality then some of the nicer primes would do it. The Panny 20 and 25 and the Oly 12 and 45 and 75 are all super nice and have very good image quality.
Comment

My needs are more then what the primes can deliver, as mentioned. At times, it doesn't make sense to use a primes - those situations where changing lenses is not feasible, i.e., Disney world - too many people, dirt and getting jostled.
Comment

I've got the Panny 14-42 kit lens that came with my GF1 and I get some pretty nice results from it. In the UK you can pick them up pretty cheaply as kit lenses that have been split. Mine cost £70 brand new. Might be worth looking into as a cheap option. Here's a couple of shots I've taken with it. 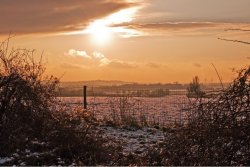 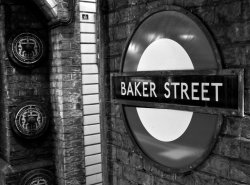 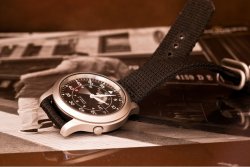 I doubt you will see much real world difference in switching kit lenses. Certainly not 400 dollars worth of difference. The Sigma 2 lens kit (19 and 30) are a great value at 99 dollars each if you buy the older generation ones. They are optically the same as the new. The 20 and 45 will be optically way better than your kit and will give you much more light gathering ability.
Comment
You must log in or register to reply here.
Share:
Facebook Twitter Reddit Email Share Link
Register on MacRumors! This sidebar will go away, and you'll see fewer ads.
Sign Up
Top Bottom