You are using an out of date browser. It may not display this or other websites correctly.
You should upgrade or use an alternative browser.
9

Microsoft and Google on Friday said they have agreed to drop all regulatory complaints against one another to work out such concerns between themselves in the future.

"Our companies compete vigorously, but we want to do so on the merits of our products, not in legal proceedings," a Google spokesman said in response to an AFP inquiry.

"As a result, following our patent agreement, we've now agreed to withdraw regulatory complaints against one another."

The US technology industry rivals late last year agreed to end all patent infringement litigation against each other.

A Microsoft spokesman told AFP that the decision to withdraw its regulatory complaints against Google around the world reflected "changing legal priorities" while the companies continue "competing vigorously."

Word of the accord came just days after the European Union opened a new anti-trust battle with Google, charging the US tech giant with abusing the dominance of its Android mobile phone operating system.

The charges, which come one year after Brussels took on Google over its search engine, come as a huge blow to one of the company's most strategic businesses and could change the face of the global smartphone sector. 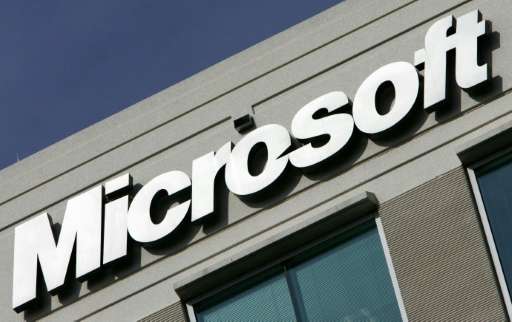 The companies maintained that the regulatory truce, reported earlier by the news website Re/code, was unrelated to the latest development in Europe.

Under chief executive Satya Nadella, Microsoft has made a series of collaborative moves with rivals, including making versions of its popular productivity programs available on Apple devices.
Click to expand...

Lumia going android in the near future?
Last edited by a moderator: Apr 27, 2016

Probably wanting to share user info with each other.
Reactions: 952863
9

Heh. That'd be the last thing they'd want to do.

Customer info is valuable, especially to Google. That's why it's kept under lock and key, and not given out to anyone.

I think companies are just tired of wasting money on trials that often depend on the whim of lay juries, and/or the legal placement of a comma in a patent registered years ago.
T

Another depute "agreeing" not to go after one another. "lets agree to disagree"

I would agree with that .

kdarling said:
I think companies are just tired of wasting money on trials that often depend on the whim of lay juries, and/or the legal placement of a comma in a patent registered years ago.
Click to expand...

I think its more about the cost and removing a distraction for both of them. I think they both just grew tired of the fight and agreed to just walk away.
You must log in or register to reply here.
Share:
Facebook Twitter Reddit Email Share Link
Register on MacRumors! This sidebar will go away, and you'll see fewer ads.
Sign Up
Top Bottom