Microsoft has hired Mike Filippo, a semiconductor designer who formerly worked at Apple as a chip architect, reports Bloomberg. Microsoft is aiming to further expand on chip designs for the servers that power its cloud computing services, and at Microsoft, Filippo will be working on processors for Azure servers.

Filippo joined Apple in 2019 after a decade of semiconductor design at Arm, where he was credited with developing some of the underlying technologies used in phones and other devices. Filippo was responsible for the development of several Arm chips, including the Cortex-A76, Cortex-A72, Cortex-A57, and upcoming 7nm+ and 5nm chips.

Prior to working at Arm, Filippo worked at AMD and Intel, and he was a high profile engineer on Apple's chip team. Apple has been losing some of its chip hires in recent weeks. Former Director of Mac System Architecture Jeff Wilcox departed Apple in December and has since transitioned to Intel, where he will work on Intel's new SoCs.

He didn’t stick around Apple for very long.
Reactions: TheYayAreaLiving 🎗, KeithBN and NoGood@Usernames

These people go where the work interests them, no one stays at one company.
Reactions: SenorWhyMe, thebryceman, progx and 19 others
R

Its a revolving door for engineers!
Reactions: MisterAndrew, karranz, Glideslope and 5 others

Probably tired of being micromanaged by the bean counters.
Reactions: zapm, Shirasaki, TVreporter and 8 others
I

Competition is good for us!
Reactions: thebryceman, chikorita157, carlsson and 1 other person
J

the title "chip architect" does not equal "essential contributor", just sayin ...
there is a lot of turnover rate in the entire semi industry right now, nothing to worry about
Reactions: CriticalVoice, progx, KeithBN and 10 others

Designing a chip for the next Zune or Windows phone probably.
Reactions: Larsvonhier, zapm, KeithBN and 17 others
J

As an architect, I wonder if he was around long enough to have any impact. 2.5 years doesn't seem very long when compared to how long it takes to design and produce a SoC.
Reactions: CriticalVoice, KeithBN, AirTags and 5 others
J

surely is another sign of the days of x86 dominance in the server market dwindling down, slowly but surely ...
Reactions: SFjohn and Captain Trips

The new Pro Max Chip iArchitects, we know you're gonna love it!

rpmurray said:
Probably tired of being micromanaged by the bean counters.
Click to expand...

Microsoft Silicon incoming.... just wondering, will they also call it the 'M1' ? (‘Microsoft 1’ hehe)
Reactions: Buntschwalbe, Shirasaki, SFjohn and 6 others

WWPD said:
Designing a chip for the next Zune or Windows phone probably.
Click to expand...

Sometimes people 'leave' because they're quietly asked to. I doubt Apple is hurting.
Reactions: KeithBN, AirTags and DelayedGratificationGene

I'm sure that this was a decision to make incredible amounts of money. You have a clearly exceptional product in M1 chips, I imagine that most of the engineers on the team are getting offers in the millions. 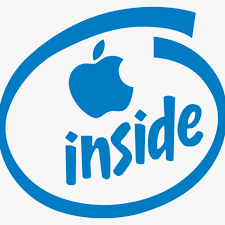 A few move on and that’s everyone?
Baha!
Click to expand...

And 150,000 of those aren’t high profile engineers. I’m talking about the high profile people they are losing lately. I appreciate the condescension though.
Reactions: aknabi, zapm, KeithBN and 5 others

jdb8167 said:
As an architect, I wonder if he was around long enough to have any impact. 2.5 years doesn't seem very long when compared to how long it takes to design and produce a SoC.
Click to expand...

I have a minor in Architecture. Considering the turnover, maybe I should throw my hat into the ring.
Reactions: MrTangent

Its likely to build on their partnership with Qualcomm.
J

ThunderSkunk said:
I have a minor in Architecture. Considering the turnover, maybe I should throw my hat into the ring.
Click to expand...

Sure, as long as you designed nano-scale structures.
R

Because it's not a great place to work.
Reactions: Larsvonhier and jonblatho
T

As a chip/SOC architect, I get 2-3 calls a week from recruiters at all sorts of companies.

If you are a chip design person these days the market is hot. They may have just offered him a boat load of cash and interesting work.
Reactions: Shirasaki, NoGood@Usernames, Captain Trips and 1 other person
You must log in or register to reply here.
Share:
Facebook Twitter Reddit Email Share Link
Register on MacRumors! This sidebar will go away, and you'll see fewer ads.
Sign Up
Top Bottom