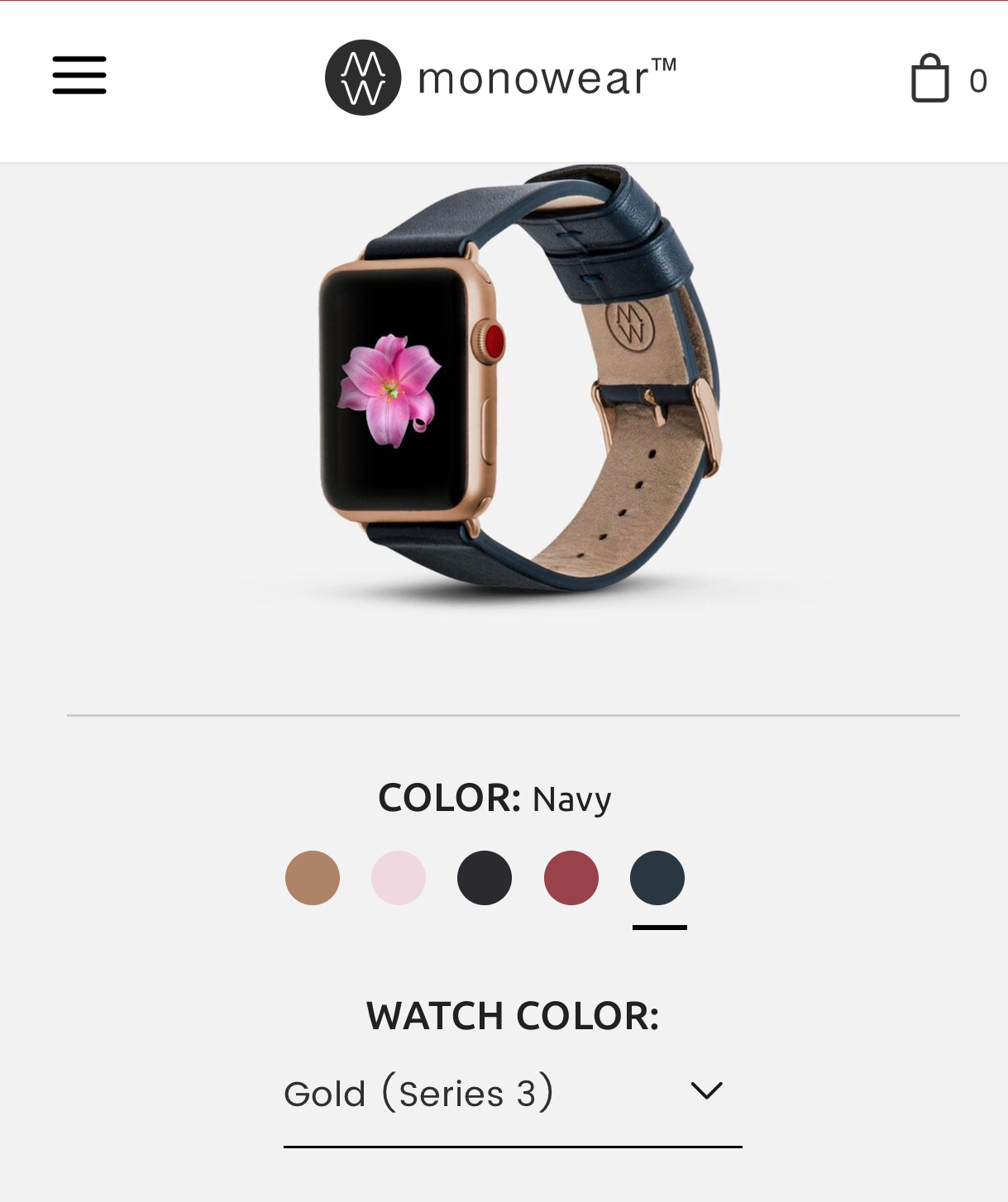 For anyone with a gold series 3 looking for a band with matching adapters, monowear has them. As to how well they match I have no first hand knowledge but the photos look pretty close.

We got ours delivered in last week, even though their website says `Gold (Series 3)`, we got a Rose Gold band. I emailed them about it, and they told me S2 RG and S3 Gold are the same. I told them my wife actually has both and they are not really the same, the S3 Gold is a bit less pink than the S2 RG.

The band looks decent enough though, we got the red deployment band, the hardware doesn't match the S3 Gold exactly, but it's close enough. So far I think she will be keeping it.

That’s horribly disappointing. Those colors are not the same at all and the monowear website even distinguishes between them. I’m hoping you had an uninformed sales rep.