Apple's butterfly keyboards came in for criticism at last night's Academy Awards. Talking to press backstage after winning an Oscar for Best Adapted Screenplay, Jojo Rabbit director Taika Waititi took the opportunity to voice his frustration with the controversial MacBook keyboards (via The Verge). 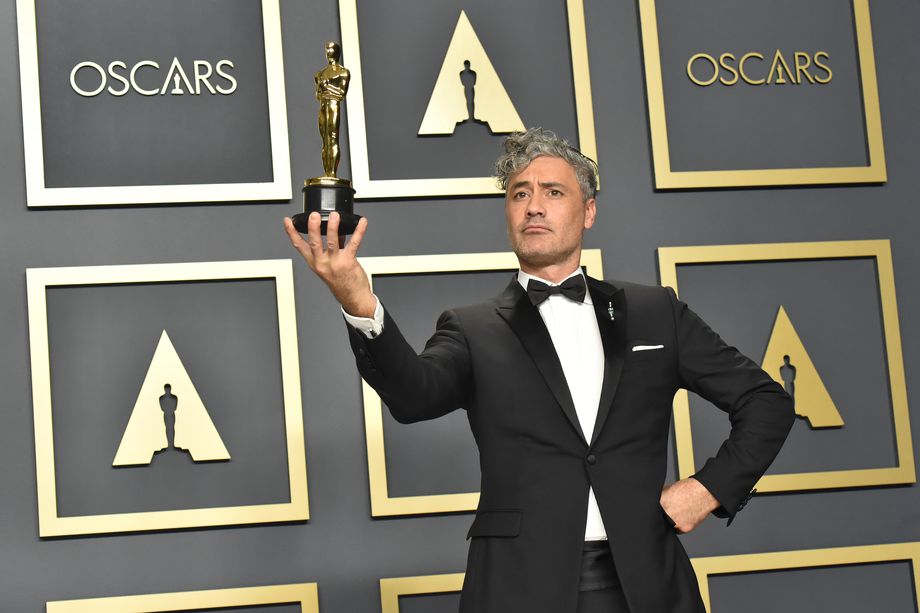 "Apple needs to fix those keyboards," he said. "They are impossible to write on -- they've gotten worse. It makes me want to go back to PCs. Because PC keyboards, the bounce-back for your fingers is way better. Hands up who still uses a PC? You know what I'm talking about. It's a way better keyboard. Those Apple keyboards are horrendous."

"I've got some shoulder problems," Waititi continued. "I've got OOS [Occupational Overuse Syndrome, a term used in New Zealand for RSI] -- I don't know what you call it over here, this sort of thing here (gestures to arm), that tendon which goes down your forearm down into the thumb? You know what I'm talking about, if you guys are ever writing. And what happens is you open the laptop and you're like this (makes uncomfortable hunched-over-laptop pose) -- we've just got to fix those keyboards. The WGA needs to step in and actually do something."
Click to expand...

It's unclear if Waititi has any experience with the new 16-inch MacBook Pro, which features a redesigned scissor switch keyboard, largely based on the standalone Magic Keyboard for the iMac. Given the tried-and-tested design, the keyboard should prove far more reliable than the troublesome butterfly keyboards used across the MacBook lineup in recent years.

Apple is expected to launch a 13-inch MacBook Pro with a scissor keyboard in the first half of 2020, following in the footsteps of the 16-inch MacBook Pro last October. There is some hope that the 13-inch model will become a 14-inch model, but that remains uncertain.


https://twitter.com/i/web/status/1226710675554091008
Apple analyst Ming-Chi Kuo has predicted that Apple will transition its entire notebook lineup to scissor switch keyboards in 2020, including all MacBook Pro and MacBook Air models.

It wouldn't be surprising if Apple completely does away with its butterfly keyboards, which have suffered from issues with sticky, repeating, or nonfunctional keys since their inception in 2016. Apple continues to offer free repairs to affected customers as part of its worldwide service program.

Now if this isn’t a humbling experience for Tim Cook, Dan Riccio and Phil Schiller I don’t know what will be.
Reactions: heffsf, locoboi187, macjunk(ie) and 38 others
Comment
D

If Apple's smart they'll send him the new 16-inch macbook. Although RSI has more to do with size of the keyboard and sitting position behind a laptop than it has to do with the quality of the keyboard.
Reactions: class77, J.J. Sefton, CarlJ and 3 others
Comment

The Mac’s reputation has been destroyed by this stupid keyboard.
Apple only half-admitting there’s a problem once it affected PR and $$$ didn’t help.

It should never have left concept, let alone left on the shelf for 5 years.
Reactions: heffsf, locoboi187, Kiorr and 30 others
Comment

JamonBull said:
Now if this isn’t a humbling experience for Tim Cook, Dan Riccio and Phil Schiller I don’t know what will be.
Click to expand...

Those arrogant dopes don't give a damn unfortunately.
Reactions: yiswitched, heffsf, Kiorr and 11 others
Comment

Those arrogant dopes don't give a damn unfortunately.
Click to expand...

Finally more over this keyboard, what a disgrace it was/is on the non 16 inch models
[automerge]1581329402[/automerge]

martyjmclean said:
The Mac’s reputation has been destroyed by this stupid keyboard.
Apple only half-admitting there’s a problem once it affected PR and $$$ didn’t help.

It should never have left concept, let alone left on the shelf for 5 years.
Click to expand...

I am still in disbelief how they ever shipped one of those laptops with those keyboards, it's embarrassing
Reactions: heffsf, decypher44, Yvan256 and 3 others
Comment
C

dz5b609 said:
If Apple's smart they'll send him the new 16-inch macbook. Although RSI has more to do with size of the keyboard and sitting position behind a laptop than it has to do with the quality of the keyboard.
Click to expand...

sure but then he’ll start talking crap about Catalina. That’s worse than the kb problems.
Reactions: fc4090, bernuli, dz5b609 and 2 others
Comment

martyjmclean said:
The Mac’s reputation has been destroyed by this stupid keyboard.
Apple only half-admitting there’s a problem once it affected PR and $$$ didn’t help.

It should never have left concept, let alone left on the shelf for 5 years.
Click to expand...

A hyperbolic overstatement if ever I saw one ?
Reactions: rhett7660, RevTEG, erniefairchild1 and 7 others
Comment

I mostly hated those keyboards because they are freaking loud. My old boss had a MacBook and every time she was in a meeting, I wanted to throw the laptop out of the window.
Reactions: hipnetic, mozumder and Jimmy James
Comment

I thought that the negative press around the keyboard was overblown until I got the MacBook Pro for work. I currently have the key-doubling issue and it drives me insane! I can’t type a single email without experiencing the issue 4-5 times! It’s awful! I can’t wait to get rid of this piece of $3,500 junk!

I took an informal office poll of the people that sit near me that use MacBook Pros and 6 out of 6 had problems that they experienced daily with their keyboards.

*Edit*
I have done all the recommended steps to resolve the issues short of sending it in for repair. I’ll send it in soon because it’s so much of a problem.
Last edited: Feb 10, 2020
Reactions: Kiorr, ksec, bernuli and 8 others
Comment

Good! One last good kick in the public gonads where it hurts Apple the most should permanently see the end of that atrocious design.
Let them eat humble pie.
Reactions: yiswitched, jezbd1997, Jimmy James and 2 others
Comment

I mean, now that Apple is back to the scissor-style keyboard and already put out the first laptop with it.

Good! I hope this motivate Apple to switch out butterfly on all the other MacBooks, I’m looking at you 13 inch mbp
Comment

what a creative way to dodge a political question with something equal parts silly and legitimate
Reactions: Darth Tulhu, decypher44 and mw360
Comment

I’ve never had an issue with the keyboard on my current 13” MBP, but for an Oscar winning director to put Apple on blast like really puts on display how bad they are for a lot of people.

Keyboard issue is overblown. Yeah I said it. Butterfly switches are fine.
Reactions: yiswitched, iOS Geek, Kiorr and 11 others
Comment

Apple deserve to be roasted about this well into the next generation of MBP’s and the next, whether they fix it or not. They were perfectly happy giving customers a $600 bill to fix a single faulty key. I haven’t checked, but I suspect they still are. 2020 will be interesting when all those 2016’s run out of their 4 year warranty and Apple starts screwing the hapless owners.
Last edited: Feb 10, 2020
Reactions: heffsf, greenmeanie, Yvan256 and 7 others
Comment

dz5b609 said:
If Apple's smart they'll send him the new 16-inch macbook. Although RSI has more to do with size of the keyboard and sitting position behind a laptop than it has to do with the quality of the keyboard.
Click to expand...

All of the Macs have the exact same keyboard key spacing. ALL of them.

Got to be honest not really had an real issues on my MacBook Air 2019...maybe down the line it gets worse but I've not really had a bad experience so far.
Reactions: iOS Geek and BigMcGuire
Comment

Good on Taika. Apple need to fix the keyboards and so much more.
Reactions: heffsf, Kiorr and Jimmy James
Comment
T

MacRumors said:
which features a redesigned scissor switch keyboard, largely based on the standalone Magic Keyboard for the iMac. Given the tried-and-tested design
Click to expand...

...but not as tried and tested as the original 2008-2015 keyboard (as used in 'unibody' MacBooks and the wired/wireless external keyboards pre-2015) which was the non-broke thing that Apple fixed.

The Magic keyboards have a re-designed mechanism with shorter travel than the original design. Nothing like as extreme as the butterfly keyboard, but still not the same as the original. Also, they feel like flimsy rubbish compared to the originals, so much so that they rapidly bend in the middle to touch the desk (doesn't really affect their use but doesn't bode well for the internal build quality).

Seriously, Apple, lighter isn't better for a desktop keyboard yet the Magic w/numpad is still lighter than the old wired w/numpad which didn't include a battery. I'm sure it was cheaper, though...