New Mac Pro 2019 7,1. So obviously I must assume I'm doing this wrong. I followed instructions to point to the the music folder that was from iTunes. I put it on an external SSD. When I opened a playlist and clicked on a song the app said the file was missing. Do I want to locate it? I copied the file name and said yes. It would take me to the song, exactly where it was supposed to be. Then it'd ask whether I wanted to apply this search to other missing files. Yes I said. Then it would crash, but on relaunch it would play the song I was trying to play before. The problem is this happened over and over, endlessly. It never learned the path. Now I'm importing all the song files. But I don't WANT them imported. I want them to remain on the SSD, not on the boot drive, unless by importing it means just the names.

First step is to hold the option key when opening Music.app - it should ask you to locate the previous iTunes folder and once you choose that folder it should import all the playlists and playcounts etc.

That should do it - but you may also have to go into preferences < Files and change ajust the location of the song files to where the media files are
Reactions: machenryr

This is embarrassing but I haven't been successful. I'm still asked to locate the files after holding the option key and opening and selecting the new location. I'm selecting my old iTunes "Music" folder. It seems that about three or four of my music files are in different folders due to unsuccessful and repeated attempts. I'm wondering whether I should copy the files from iTunes Music to iTunes Media-> MUSIC? 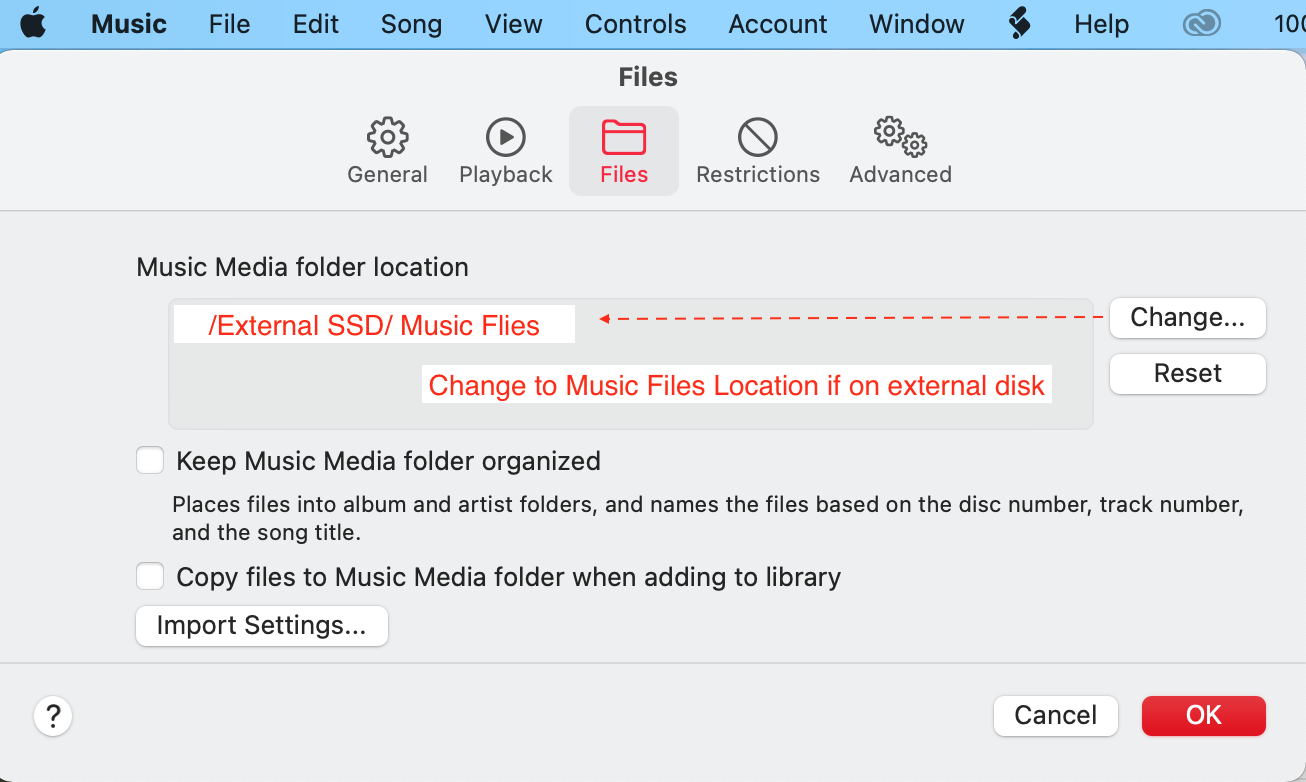 Yeah. Thanks. I don't know either. Whenever I do this it crashes.

well that's a drag ? - I hope you figure it out - probably something simple (hopefully)

BTW - checked out some of your music - very nice ?

I finally called Apple Support. We had to manually create a new Music folder drag the new folder the old iTunes folder into it. Now I have to remember how to get my playlists back!
You must log in or register to reply here.
Share:
Facebook Twitter Reddit Email Share Link
Register on MacRumors! This sidebar will go away, and you'll see fewer ads.
Sign Up
Top Bottom