I've just released [app=Tunebooth+-+Music+Player]Tunebooth[/app] which I hope will become the default music player for many iPhone and iPod Touch owners. Its most notable features are:
- gesture based interface (not only for playback control but also for general interface navigation)
- customizable themes
- upcoming songs queue manager. Add songs to play next without interrupting the currently playing one.


Other neat features include:
- Always on screen playback controls
- The playback queue is formed by selecting a playlist, not by playing a song from the library, thus giving it a better control
- Select from a 'smart' playlists, an imported iTunes playlist or a created on-the-go playlists.
- Browsing library by one or more genres, albums, artists or album artists
- Navigating to album's tracklist, artist's albums and songs and genre's album, songs and artist, within a song menu
- Option to mark songs, albums, artist and genres as best for faster search in the library
- Share themes with others by bluetooth
- Instant search in library and playlist
- Cool volume control

The benefits:
Tunebooth makes it easy to control your music without getting the device out of your pocket, or while driving. The nextlist gives you the best playback control and library navigation is easy wherever you are in the app. You can also make the app match your style with one of the preset themes or you can make your own one. And finally, the gestures make the app even more fun to use. 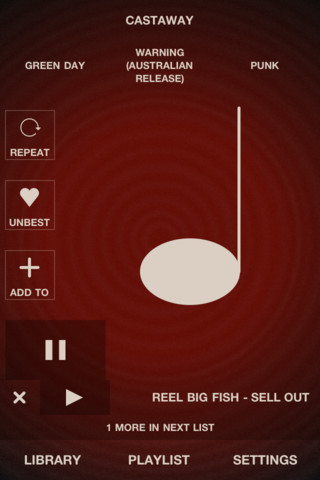 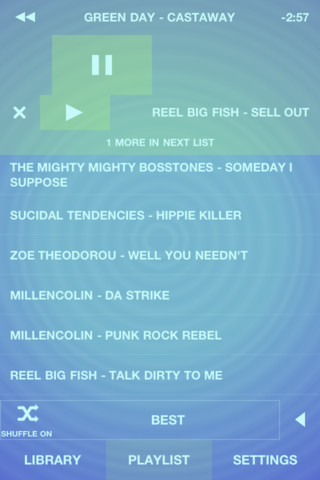 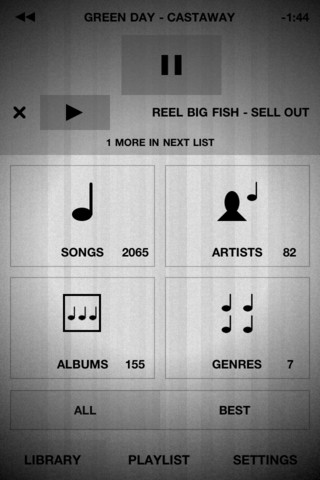 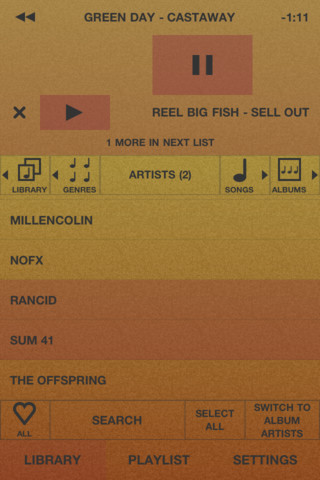 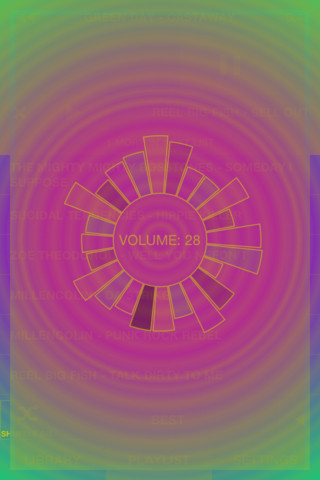 Can I save the playlists back to my iTunes?
Comment
M

Tunebooth is on sale FREE for the next week ! 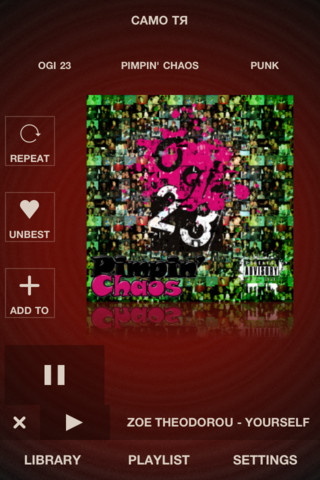 To ian: unfortunately not. You can't make any changes that will affect your desktop iTunes library.
Comment
M 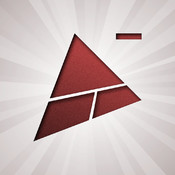 Tunebooth is now at version 3.1 with prettier and more user friendly interface. The app is also available for free here with the option to upgrade to the standard version for just US$0.99. 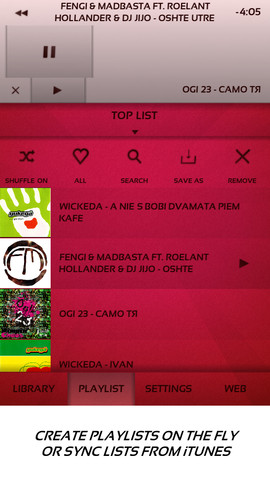 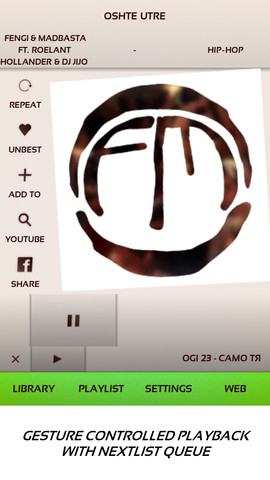 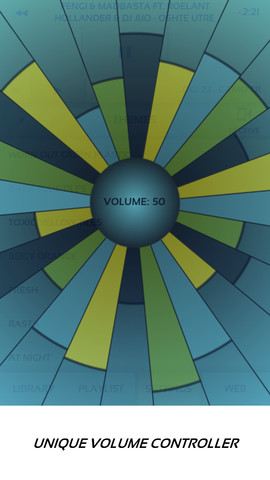 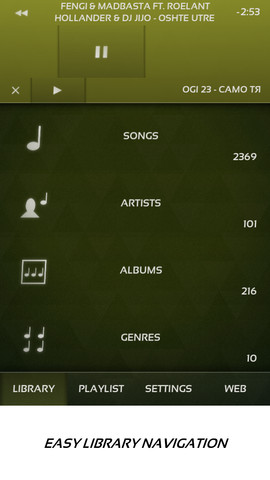 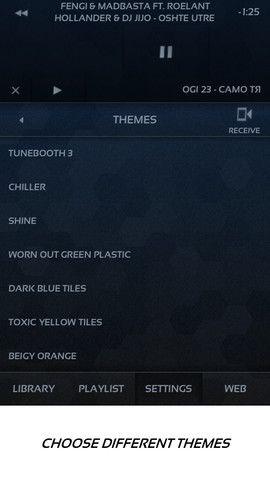