The Nanoleaf Remote is bigger than button and remote devices from other companies, but it offers access to many more scenes and as you'll see in my review, it's a great value if you already own a Nanoleaf setup and want a simple iPhone-free control method that anyone in the household can use.


For people unfamiliar with Nanoleaf, the company makes the Nanoleaf Light Panels, a HomeKit-enabled set of flat, triangle-shaped lights that connect together in a range of different user-designed configurations, providing both light and art. The Light Panels have LEDs inside and can be set to display dozens of different colors and patterns, which make up different light recipes.

I've had a Nanoleaf setup for more than a year, and it continues to be one of my favorite HomeKit products. The Remote is specifically designed for users who already have Nanoleaf Light Panels.

Nanoleaf's Remote has a design that's not quite like any other HomeKit-enabled remote-style device on the market, with dodecahedron shape where each side activates a different scene.

The remote, which is a little bigger than palm sized, is made from a white plastic that admittedly feels a bit cheap, but it doesn't look bad sitting on a desk. 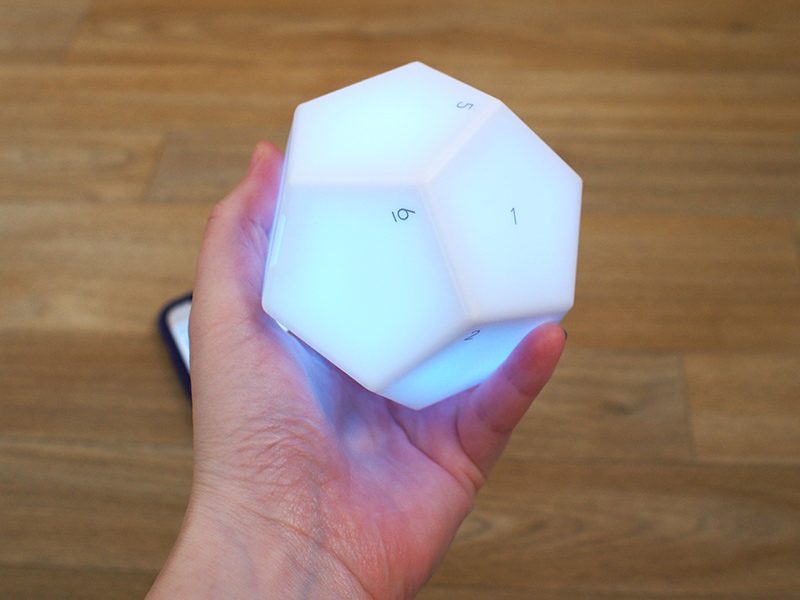 When the remote arrives, it comes in two halves, with one empty side and a one side that houses the batteries, an LED light, and the mechanism that provides a slight vibration whenever a new scene is activated. Two AA batteries (included in the package) fit into the battery compartment to provide power. 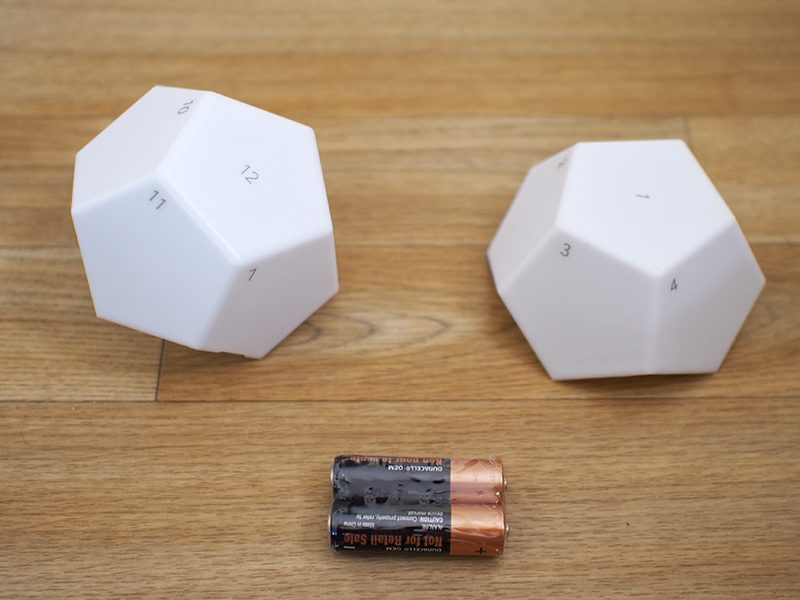 Once the batteries have been inserted, the two halves of the remote snap together. I wasn't quite able to get a perfect, seamless fit between the two halves, but that could be operator error. 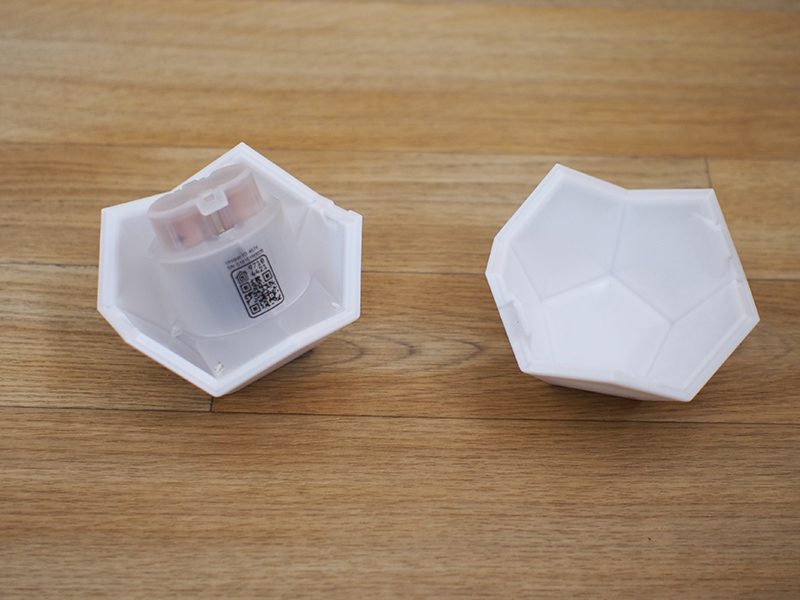 I'm not sure how long the batteries are meant to last, but after about two weeks of use, the battery level is down to 85 percent. I suspect the batteries will need to be swapped out every few months, which is similar to other battery-powered HomeKit devices I own.

Setting up the Remote took less than 30 seconds using the Nanoleaf app, and it was as simple as the setup for any other HomeKit product. Under the Remote section of the app, there's an "Add Accessory" option, which requires the HomeKit code on the inside of the Nanoleaf Remote to be scanned. Once that's complete, the Remote is added to a HomeKit setup and scenes can be set either in the Nanoleaf app or the Home app. 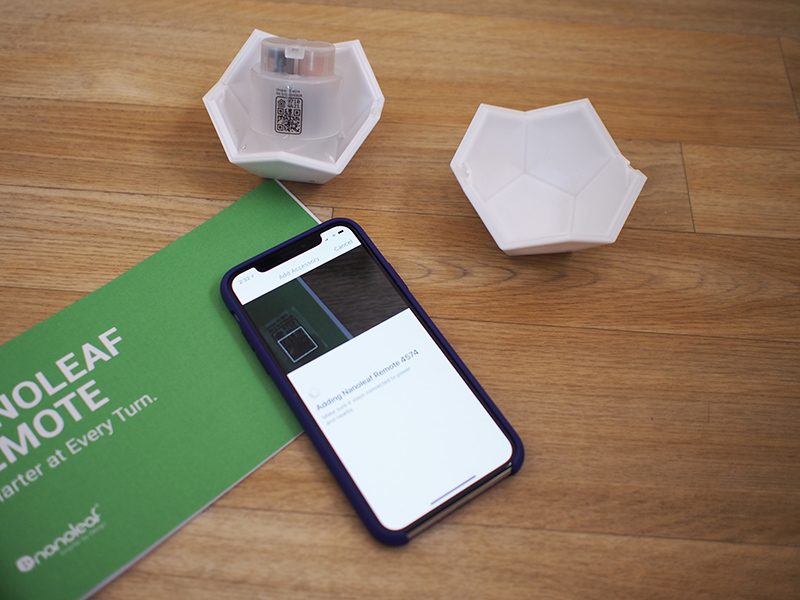 My cats would give themselves seizures with this when I'm not home, lol.
Reactions: 69Mustang, LiveM, RedTomato and 6 others
J

From your article I assume I could use this remote to control my Hue lights (with scenes in the Home app; without installing the Nanoleaf app)? Nice.

Ordering mine today.
A

Got the remote. Greatest thing ever. While I like controlling things with the iPhone. Sometimes it’s annoying to unlock, start app, etc... yes home makes this easier but nothing beats just flipping the cube or rotating it to change brightness.

If I still played pen and paper D&D, I would nerd out so much over this. Sure it would be biased towards a certain number, because it's not exactly balanced. Still...a color changing dice. I don't think it would last one gaming session either. Still... color changing dice.
Reactions: psac

Part of me says stupid overpriced toy for rich boys with no sense. Part of me says I really want this, even though I don’t yet own any lights it would work with ...

Mousse said:
If I still played pen and paper D&D, I would nerd out so much over this. Sure it would be biased towards a certain number, because it's not exactly balanced. Still...a color changing dice. I don't think it would last one gaming session either. Still... color changing dice.
Click to expand...

It’s called a die. You should know that!
H