I was creating a "teaching" series in reply to a thread and noticed something wonky that I can't explain.

Took 3 images at the same exposure/camera settings but with different body/lens combinations. While the exposure was identical for all settings between the photos, the histograms weren't. They were all shot outside at nearly the same time, but the light did change slightly between photos. Possible I need to repeat this indoors under controlled light. But I was a little surprised by this.

Below are screenshots from LR5. The tint is off between the 3 examples since I was attempting to make the WB roughly equal. The histograms are roughly equal between the 3, but note the changes I had to make in the exposure slider to achieve this. 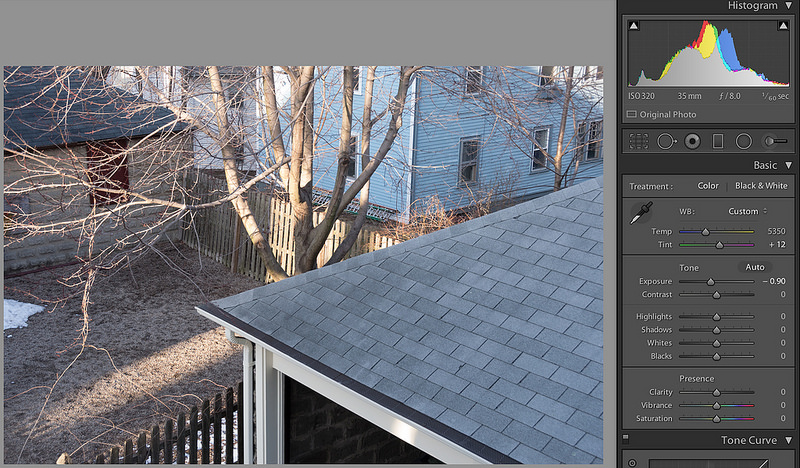 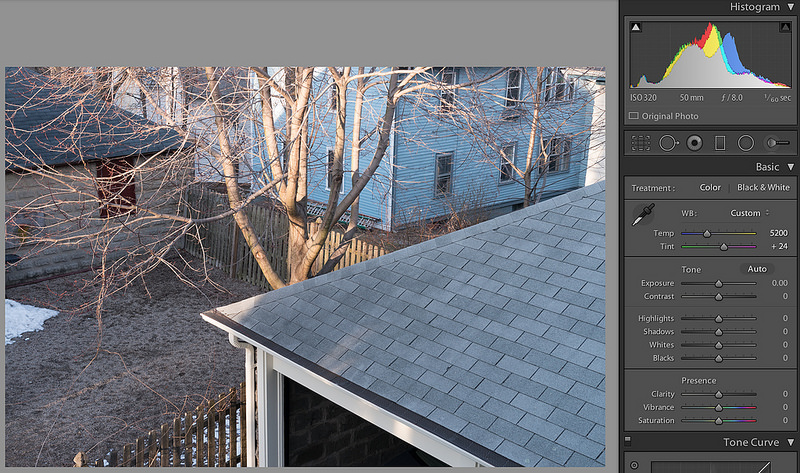 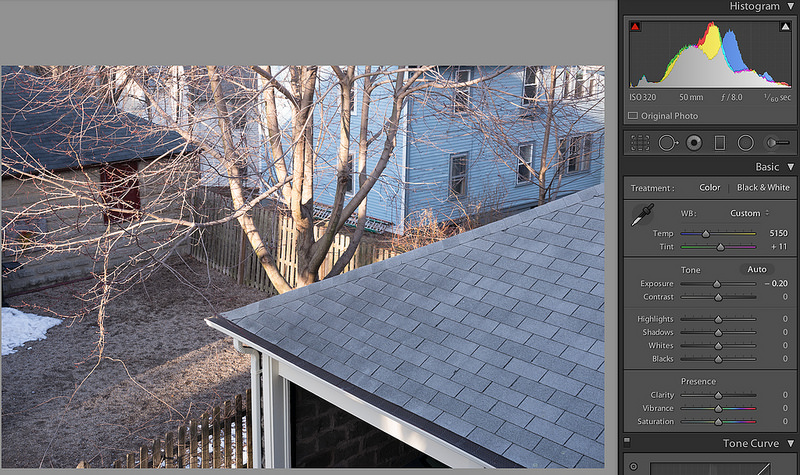 I usually avoid "technical" posts like this. It's about the image and not pixel-peeping. But I found it weird that the D3100 and 18-200 lens produced such a radically different histogram compared to the other two (off by almost a full stop despite identical exposure settings).

The light didn't change by *that* much between shots. Here are the first and last photos without any exposure adjustment. 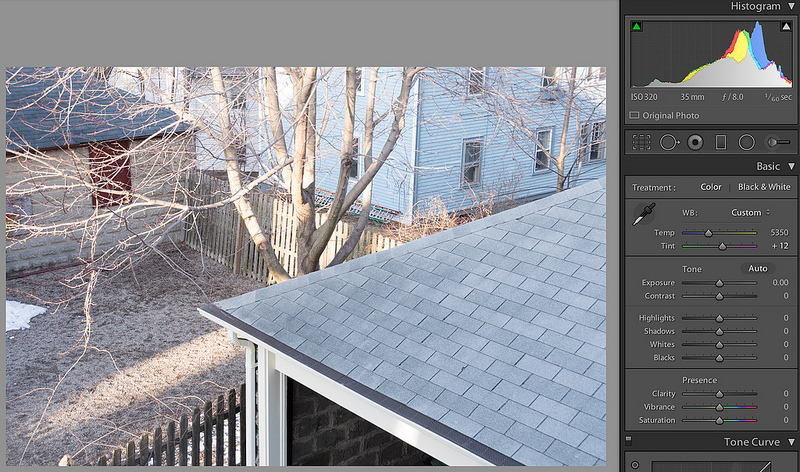 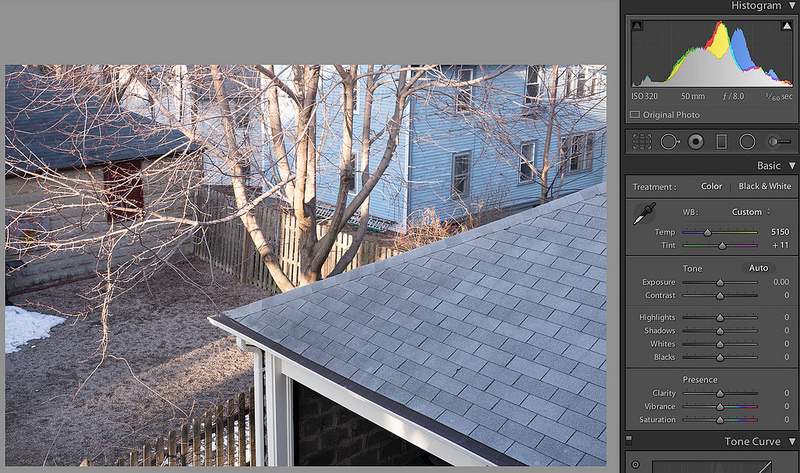 For these latter two the light was almost the same (note the shadows on the fence, though there is a swath of brighter ground different between the two).

Am I missing something obvious? Does this reflect a difference in the quality of the lenses (my working assumption)? Body issue? Sensor issue? Something else?
Last edited: Mar 17, 2014

Some lenses have better light transmission properties than others (known as the "T-Stop" of a lens). So it is absolutely possible to get different histograms from the same exposure settings with different lenses.

For example, the Tokina 11-16mm f/2.8 has a T-Stop that is 1.1 stops worse than the Tokina 12-24mm f/4, which pretty much negates the benefits of the 'faster' aperture for most purposes.
Comment
T

As well as T-stop, I think the difference in light on the ground and the fence are significant. At this time of day the light intensity changes (over 30 minutes say) more quickly than, say, at midday.
Comment

Thanks to both of you for the quick replies. I learned something today
Comment

ISO values will also not be completely the same between the cameras.

Although they will be similar, like F-stop versus T-stop there will some variation between brands and lenses.
Comment

As the others quickly pointed out (and rightfully so) that lenses do make a difference. As well, a good exercise would be to take one camera, shoot at different ISO values and see how the histogram looks. Chances are that there will be some differences.

Not all default settings in cameras will be the same. This is the other side of the lens differences.

Items such as white balance may be different, particular colour sensitivity and more can ultimately lead to different histogram variations.

Beyond the challenge of the lenses, to get more similar histograms, you would have to calibrate your cameras that you are using to get the histograms more in line with one another.
Comment

Haha. If such a thing even existed, I'd be happy to participate. At the very least, it would be nice way to 'meet' some of the forum members here.
Comment

One other thing to bear in mind is the way Lightroom processes images. In lightroom 4 and 5, the default is to use the 2012 process version. Unfortunately, it's not to be trusted. The 2012 process applies recovery to your raw images by default.

Generally I wouldn't have a problem with an app doing this as long as you could turn it off, however all the sliders remain centered at 0 so you have no idea how much recovery has been applied to a given image.

In a situation with changeable lighting (such as the one you were shooting in), I'd always recommend to use the 2010 process version because it will treat all files exactly the same.

You'll notice the amount of clipping increase dramatically in all images because no recovery is being applied.

In this instance, I honestly don't think you'll see much difference between the overall brightness of the different shots. But I thought I'd mention it because it's useful to understand exactly what each part of the chain is doing to the final image (especially when you're trying to educate others).