After Netflix CEO Reed Hastings said that the company is keeping an "open mind" in regards to offering offline viewing to its customers, a new report from LightReading this week hints that the feature could be coming to the streaming platform "by the end of the year" (via Gizmodo). The information comes from industry insider Dan Taitz -- COO of Penthera, a company that works on mobile video -- who described a potential "landscape shift" in the streaming video market when an offline viewing option arrives on Netflix. 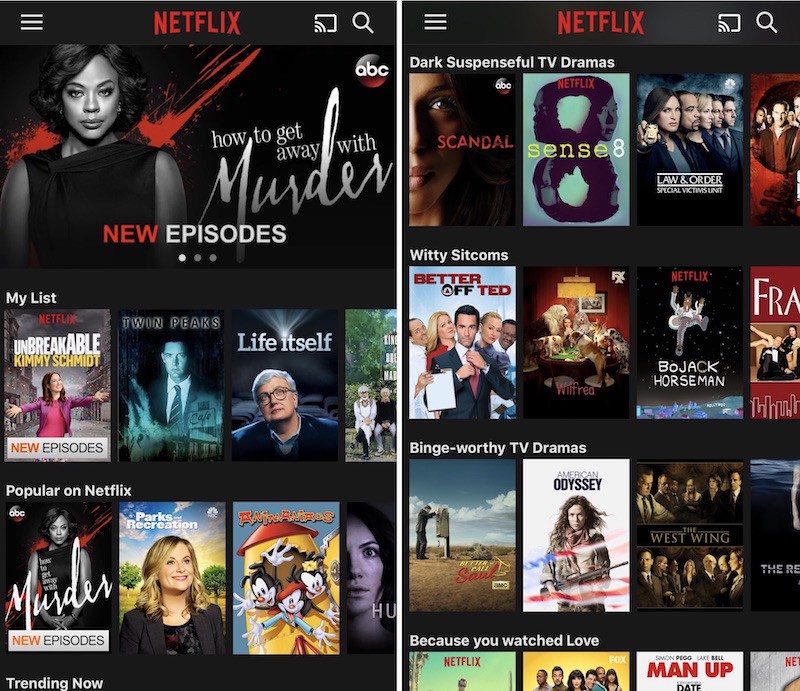 "We know from our sources within the industry that Netflix is going to launch this product," says Taitz. "My expectation is that by the end of the year Netflix will be launching download-to-go as an option for their customers."
Click to expand...

Another source, Frost & Sullivan Principal Analyst Dan Rayburn, called Netflix's offline viewing feature an "open secret" within the streaming community. Rayburn commented that rumors have been swirling "for months" about the impending launch of a download-to-go alternative for Netflix subscribers, potentially even prior to Hasting's comments on the service back in April.

"It's a natural progression for Netflix to want to have some of their content available for consumers to watch offline, and we've been hearing for months now that they are in fact going to roll something out soon," says Rayburn.
Click to expand...

Netflix's biggest roadblock on the service could be copyright issues with downloaded film and TV shows, according to Rayburn, who mentioned that -- besides Netflix's own original content -- it'll be a studio-by-studio basis to see how much content is supported as an offline viewing option.

Prior to Hasting's optimistic comments in April, Netflix Chief Product Officer, Neil Hunt, had previously said offline viewing was "not a very compelling proposition" in the company's future because it would add too much complexity into a simplistic service. Given that rival platforms, like Amazon and YouTube Red, now offer users the ability to watch downloaded videos offline, it makes sense for Netflix's interest in the feature to be piqued.

Article Link: Netflix Offline Viewing Now Expected to Launch 'By the End of the Year'

This would be nice, download a few movies or tv shows and off camping I go. Of course this will be the new $25.00 a month subscription plan.
Reactions: jblagden
Comment
W

Bingo...the real question is what the monthly rate will change to. Hopefully Netflix will be smart...they've made some pretty big blunders before, recovered, and hopefully have learned from it.
Reactions: jblagden
Comment

And people will be like "my 16 GB iPhone is full, why?"
Reactions: brianbunge, Peter K. and jblagden
Comment

House of Cards, OitnB, DareDevil, Kimmy Schmidt, and Jessica Jones on airplanes now, I like this.
Reactions: azentropy, _mdavenport, Waxhead138 and 1 other person
Comment

It's a good direction to take. Mobile data limits are still most common, so it's nice to be able to get it all done on wifi.
Comment

as someone driving 5 minutes out of capital Munich, Germany with 1 bar of edge while getting served full bars of 3G in the middle of a egyptian desert I would welcome this decision
Reactions: verpeiler and keysofanxiety
Comment

Meh.. I never plan ahead and download movies. Netflix viewing is generally spontaneous and an on the spot decision for me..
Comment

It’s kind of annoying and confusing, but in IT, RAM is called memory, which makes it very confusing when someone refers to storage as memory. Though, it makes sense to call RAM memory because RAM stands for Random Access Memory.
[doublepost=1466786185][/doublepost]

Is that new $25 price a guess or did you see that somewhere?
Comment

Hopefully no change in plan pricing. This is huge for me! I work in the mountains in CO, and Cell and Internet coverage SUCKS.
This may save my sanity
Comment

Sorry for this troll...Haha. Camping is not really camping if you are worried about having movies on your iPad...Haha.
Comment

Definitely would be cool for loading a few episodes or a movie prior to a trip. I'll keep an eye out on this.
Comment

I can't wait to watch the Leprechaun 5 or the Gingerdead Man offline ....
Comment

I could see a pricing scheme like $10 for streaming $13 for stream plus 1 download at a time, 15 for 2 downloaded at a time and stream etc.
Comment
F

Why you guys suggest price increase with download. Now they'll make it as add on instead of standard
Comment

thisisnotmyname said:
House of Cards, OitnB, DareDevil, Kimmy Schmidt, and Jessica Jones on airplanes now, I like this.
Click to expand...

Exactly. I did some traveling earlier this month, the first time in a few years, and because Amazon Prime Video offers this feature I was able to download episodes of Catastrophe for the trip. I ended up binge watching the second season (only 6 episodes and a very funny show BTW) on the flights or waiting at the airport. Would have been nice to be able to do it with Netflix content too.
Comment
F

I think I'm done with Netflix. Watching it sufficiently less that it's no longer worth paying for.
Comment

Is do that already with a Mini Mac and iTunes. This spring I was on the road for a month and downloaded several movies before leaving for later use. ITunes gives you 30 days to start watching. It worked very well. Plus, at some rv parks with wifi, the network is busy in the morning and evening so I would download a movie during the day when I was out hiking or download in the wee hours of the morning for viewing later.
Comment

LordBeelzebub said:
This would be nice, download a few movies or tv shows and off camping I go.
Click to expand...