When macOS High Sierra is released to the public next week, the new Apple File System (APFS) feature will be limited to Macs with all-flash built-in storage, which means it won't work with iMacs and Mac minis that include Fusion Drives.

Macs with Fusion Drives were converted to APFS during the beta testing process in the first macOS High Sierra beta, but support was removed in subsequent betas and not reimplemented.

With the release of the Golden Master version of the software, Apple has confirmed APFS will not be available for Fusion Drives and has provided instructions for converting from APFS back to the standard HFS+ format. 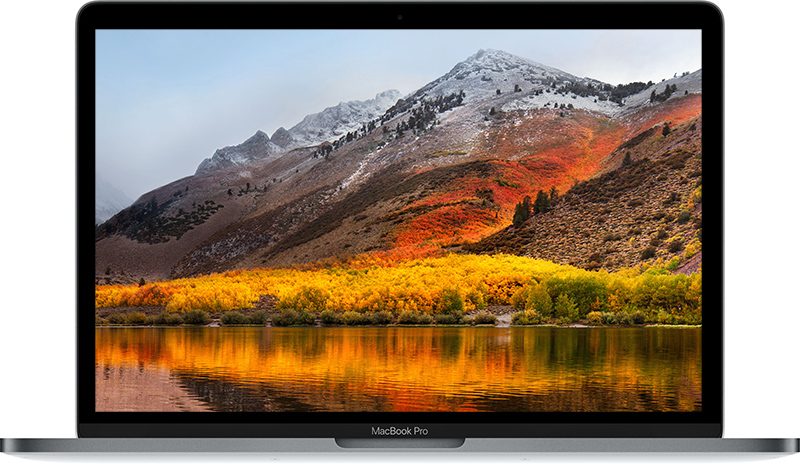 Public Beta testers who had a Mac with a Fusion Drive converted to APFS will need to follow a long list of instructions to convert back to HFS+, including making a Time Machine Backup, creating a bootable installer, and using Disk Utility to reformat their Macs and reinstall macOS High Sierra.

Apple on September 5 published a support document confirming compatibility. When customers with an all-flash machine upgrade to macOS High Sierra install the update next week, their drives will be converted to AFPS. Apple explicitly says "Fusion Drives and hard disk drives aren't converted."

Apple says APFS will not be supported on Fusion Drives "in the initial release of macOS High Sierra," which suggests support could be added for Fusion Drives at a later date after lingering bugs are worked out.

So my MacMini with Fusion drive is ready for APFS?!?!?
Reactions: saiz66, Wildhope, F1Fan and 1 other person
M

Patience, Fusion drive owners.
Reactions: Madd the Sane, The Weatherman, DEXTERITY and 3 others
A

Yikes. Probably should have made that call before beta 1...
Reactions: kalsta, anthonymoody, rGiskard and 29 others

I guess the same applies to all spinner drives too?
Reactions: stevekr, VanLingleMungo, xoAnna and 1 other person

Oh man, I hope this is coming (soon!). I literally just bought a new iMac with a 2TB fusion drive and 32 megs (EDIT: gigs, oops!) of RAM on the premise that this was going to be a feature. I would have gone for an all-SSD internal drive and got the rest as an external drive if I'd have know...
Last edited: Sep 18, 2017
Reactions: dcdandan, realeric, saiz66 and 12 others

Obviously there won't be any more macs with spinning or mixed (fusion) drives, and that's cool. The existing owners, though, might get pissed.
Reactions: Admiral Ashik, geenosr, Mainyehc and 11 others
R

Shame I thought they'd ironed these kinks out during the beta phase - they've had over a year now to get it work with Fusion Drives and hard drives.

Which begs the question what other CoreStorage volumes can't be converted. How about Apple Raid arrays? External drives? What about my iMac which has an internal Apple SSD and then 4x Samsung 850 SSD's in Raid 0 in a ThunderBay 4 Mini connected via Thunderbolt 2 and configured as a single CoreStorage volume...

...Looks like it'll be "fun" testing.
Reactions: EdRed, OldGreyGuy, iamPro and 4 others

That's going to cause some serious Fusion Confusion™.
Reactions: needfx, aliensporebomb, kalsta and 50 others
S

I wonder how my split fusion drive will be treated.

I'm suddenly really happy that I got the SSD option in my 2017 5K iMac at work.
Reactions: Admiral Ashik, Apple_Robert, Cameroncafe10a and 8 others

Yikes! Glad I didn't jump on the macOS beta with my 27" iMac with Fusion Drive! Hope I could take advantages of it soonish
L

Fobin said:
So my MacMini with Fusion drive is ready for APFS?!?!?
Click to expand...

Is NOT ready...
Reactions: JohnArtist, Tycho24, marvz and 2 others
O

Apple have so lost the plot it's scary!
Reactions: swarleystinson, macrg103, saiz66 and 30 others
F

But the article only speaks about iMac....

Gonna be a bunch of people upset for no reason other than they don't get something others got. They have no idea the benefits this change brings but damned if they'll let that lack of knowledge stop them from complaining!
Reactions: kriebe, Solomani, mudflap and 21 others

What kind of filesystem has requirements for the type of disk it runs on? Must just be an optimization thing.
Reactions: EdRed, stevekr, Madd the Sane and 1 other person

Wondering why they could not fix the issue between beta 1 and GM? what could be so wrong?
Reactions: DEXTERITY, nrose101 and Huck
W

arggg14 said:
Yikes. Probably should have made that call before beta 1...
Click to expand...

People running betas should expect to wipe their device at some point. Sometimes you get lucky and may not need to. That does not change what your expectations should be.
Reactions: Admiral Ashik, secretbum, Madd the Sane and 18 others
S

With every move Apple makes in the past couple of years, they are bringing me closer and closer to the day when I completely leave the ecosystem, both for computers and smartphones.
Reactions: swarleystinson, Le Big Mac, beachmusic and 26 others

dannys1 said:
Shame I thought they'd ironed these kinks out during the beta phase - they've had over a year now to get it work with Fusion Drives and hard drives.
Click to expand...

Filesystems are one part of an OS where I really don't want the developers to rush, I want all the bugs thoroughly ironed out. Because that's where I keep all my stuff.
Reactions: jagooch, mudflap, EdRed and 39 others
You must log in or register to reply here.
Share:
Facebook Twitter Reddit Email Share Link
Register on MacRumors! This sidebar will go away, and you'll see fewer ads.
Sign Up
Top Bottom