WWDC is shaping up to see some significant Mac news, starting with word earlier today that Apple will be beginning its shift to its own Arm-based processors, and now leaker Sonny Dickson is claiming that Apple will be introducing a redesigned iMac at the event. 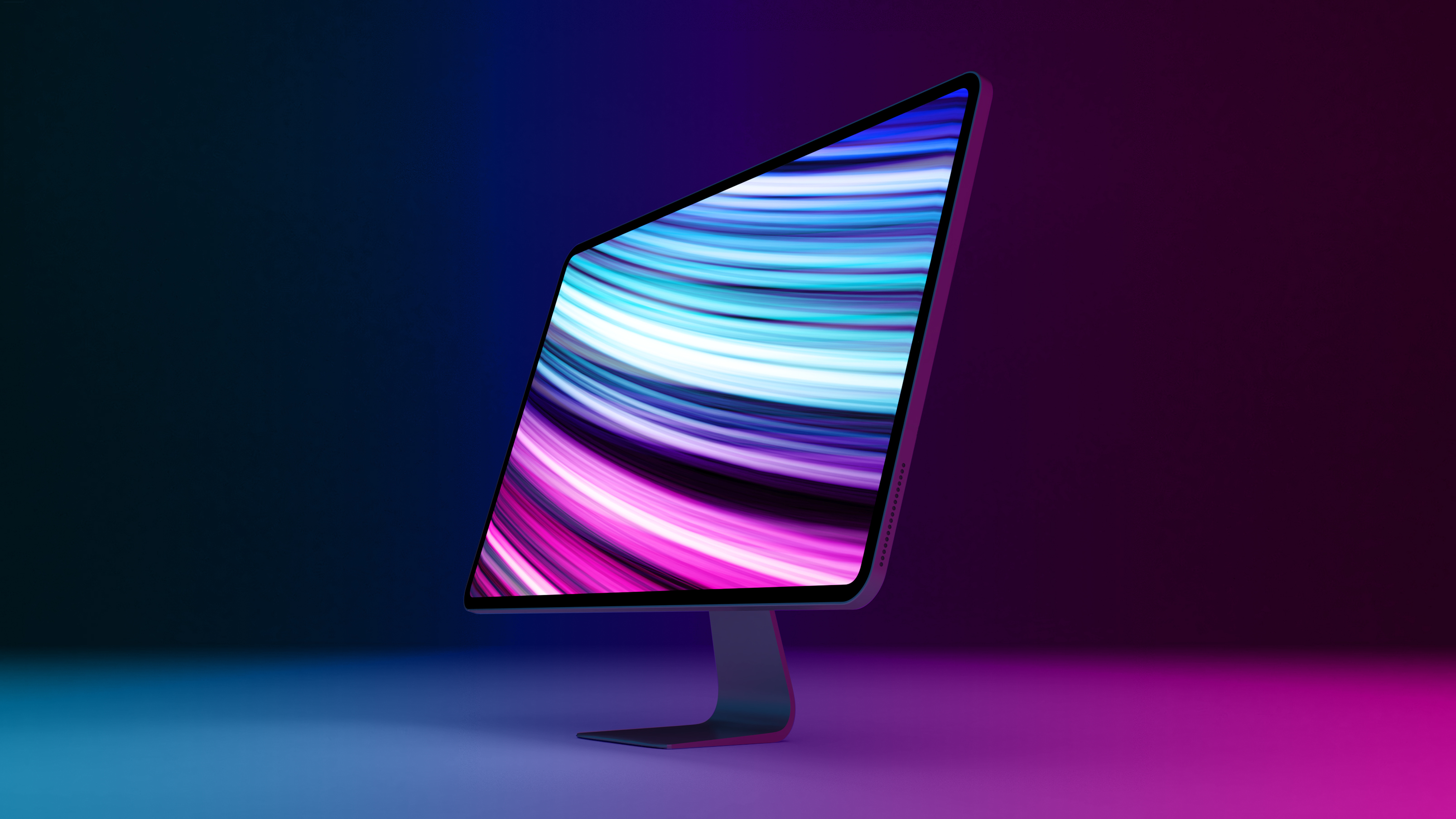 MacRumors mockup of iPad Pro-style iMac​
According to Dickson, the new iMac will have "iPad Pro design language" and thinner bezels similar to those seen on Apple's Pro Display XDR that accompanied the new Mac Pro last year. The iMac will unsurprisingly feature the custom T2 chip that has made its way across the rest of the Mac lineup to integrate several security and controller functions.


https://twitter.com/i/web/status/1270339867491184644
Dickson also says the revamped iMac will include graphics processors from AMD's Navi family introduced last year, and will go all-flash on the storage front with the discontinuation of the hybrid Fusion Drive system that has paired a smaller SSD with a larger traditional hard drive to balance speed and capacity.

Apple's iMac hasn't been updated in over a year, so it's certainly due for an update. Reliable leaker CoinX claimed in March that an iMac update was coming "soon," but hasn't shared any additional information on it since then.

Meanwhile, Intel announced new "Comet Lake" processors in late April that would be appropriate for the iMac, although we haven't heard specifically which processors Apple plans to include in the updated iMac.

Finally, an April rumor claimed that Apple is planning to introduce a lower-priced 23-inch iMac in the second half of this year, which has led to some confusion around timing for any iMac release. It remains to be seen if this 23-inch model is arriving at WWDC, and if so, what overall changes we may see to the size options considering the iMac is currently offered in 27-inch and 21.5-inch sizes.

Ahh here we go! Time for iMac lovers to feast. Now I just have to figure out what to do with my 2019 27”..... Maybe I’ll hold onto it until next year.
Reactions: marvinscharle, wwetech, tobiastimpe and 9 others

Good! My 2014 iMac just died. I will be in the market for one.
Reactions: marvinscharle, Morichan, Te0SX and 1 other person

Sounds like it might be time to upgrade my work iMacs (6-7 years old at this point).
Reactions: ScottNWDW and FightTheFuture

It would be a home run if it had a ProMotion display
Reactions: domsodidavid, Darajavahus, wwetech and 12 others
A

This WWDC is going to be crazy.
I’d like to have someone to share all this emotions with.

Dhock_Holiday said:
It would be a home run if it had a ProMotion display
Click to expand...

The best thing about the iPad. ProMotion is true next gen display tech'.

Looks beautiful. Too bad I recently purchased a 34 Ultrawide for my MBP, would have been all over this.
Reactions: AdonisSMU, FightTheFuture and Azrael9

thicker for improved cooling ?
Reactions: cosmos, dysamoria, Jashue and 10 others

Looks promising. I'll probably wait for the next iteration. Apple's track record on first gen products/redesigns is not that great.
Reactions: dysamoria, Tofupunch, Dru Nemeton and 14 others
E

iPad pro design seems to be the benchmark for short term future apple products
I’ll definitely be interested although my current iMac 21.5 from 2017 is still very good.

but I can start saving up
Reactions: zaneliu and FightTheFuture

If I wasn’t a laptop lover I’d buy one. This is what they’ve needed in an iMac refresh for so long.

Thinking on the name maybe itS time they drop the “i” in iMac.