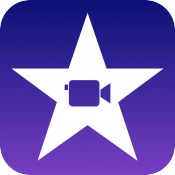 iMovie users are now able to start projects more quickly by selecting multiple photos and videos to insert into a project, and there are options for sharing to Facebook or Vimeo using the iOS share interface. Today's update also brings support for Shared iPad, an educational feature that debuted as part of iOS 9.3.

With Shared iPad functionality, iMovie will now work for each student who accesses the app on a shared iPad.

Prior to today's update, iMovie last saw an update in April of 2016, bringing minor improvements. The last major update to the software came in September of 2015 when iMovie 2.2 was introduced, bringing support for 4K video and 3D Touch.

iMovie for iOS can be downloaded from the App Store for $4.99. [Direct Link]

Is there any version of iOS that will run iMovie that doesn't get it for free?
Comment
B

I wonder if this pre-selection tool takes a note from Memories?
Comment

Great to see the consistent updates with iMovie, props to the team handling it. I guess we've gotten so used to Apple neglecting their software... (Still hurt by Aperture)
Last edited: Jul 28, 2016
Reactions: foxcub6, Janichsan and orbital~debris
Comment

Dilster3k said:
I guess we've gotten so used to Apple neglecting their software... (Still hurt by Aperture)
Click to expand...

Though they're not neglecting all software; I think that's a little unfair to say. Logic Pro X has made leaps and bounds, to put it lightly; and in my opinion it is safety the most capable and feature-rich DAW on the market. Plus no iLok necessary and it's cheaper than the competition!

I couldn't contemplate using anything else.
Reactions: orbital~debris, CBJammin103, pat500000 and 1 other person
Comment
Z

garylapointe said:
Is there any version of iOS that will run iMovie that doesn't get it for free?
Click to expand...

if I am not wrong, iMovie is only free from iOS 7 onwards and that doesn't apply to device upgraded to iOS 7 from older iOS. you need to get a new device. same goes to Page, Number,...
Reactions: orbital~debris and Coolpher
Comment

So what is it the iMovie team are doing differently to what the Aperture team were doing - i.e. how have they mananged to continue to exist as a team producing software when the other was wound down?

I wish Apple had either totally stayed in the game of creative software, or totally got out of it. The current arrangement of making video software - but not serious photography software - is very strange, more so in light of their iPhone photography marketing campaign.
Comment

Update for iMovie??? Why does it seem SO difficult for Apple to release a much needed update for Final Cut X but they manage to update an app that nobody uses... SMH
Comment

zzLZHzz said:
if I am not wrong, iMovie is only free from iOS 7 onwards and that doesn't apply to device upgraded to iOS 7 from older iOS. you need to get a new device. same goes to Page, Number,...
Click to expand...

So I guess what I'm asking is will this version run on a device that is so old it came with iOS 6?
If no, then the price of the app isn't relevant (if no one can buy it to run it).
Comment
You must log in or register to reply here.
Share:
Facebook Twitter Reddit Email Share Link
Register on MacRumors! This sidebar will go away, and you'll see fewer ads.
Sign Up
Top Bottom