I've tried to get MacRumors to cover this and it hasn't happened so I thought I would post it here for those interested.

The new iPhone is very likely to feature a new battery chemistry that is more efficient and lasts more charge cycles without degradation, something Apple has made a big deal about in their laptops. There are several news stories and rumors to support this. The first is the battery leak that happened August 9th

If you notice in the photo on that news story, the nominal voltage on the battery is 3.8V. Normal Li-Ion batteries in mobile devices have 3.7V. Now, this likely isn't just a case of an overcharged battery, because the droid bionic had a similar battery and anandtech did a little digging on it. 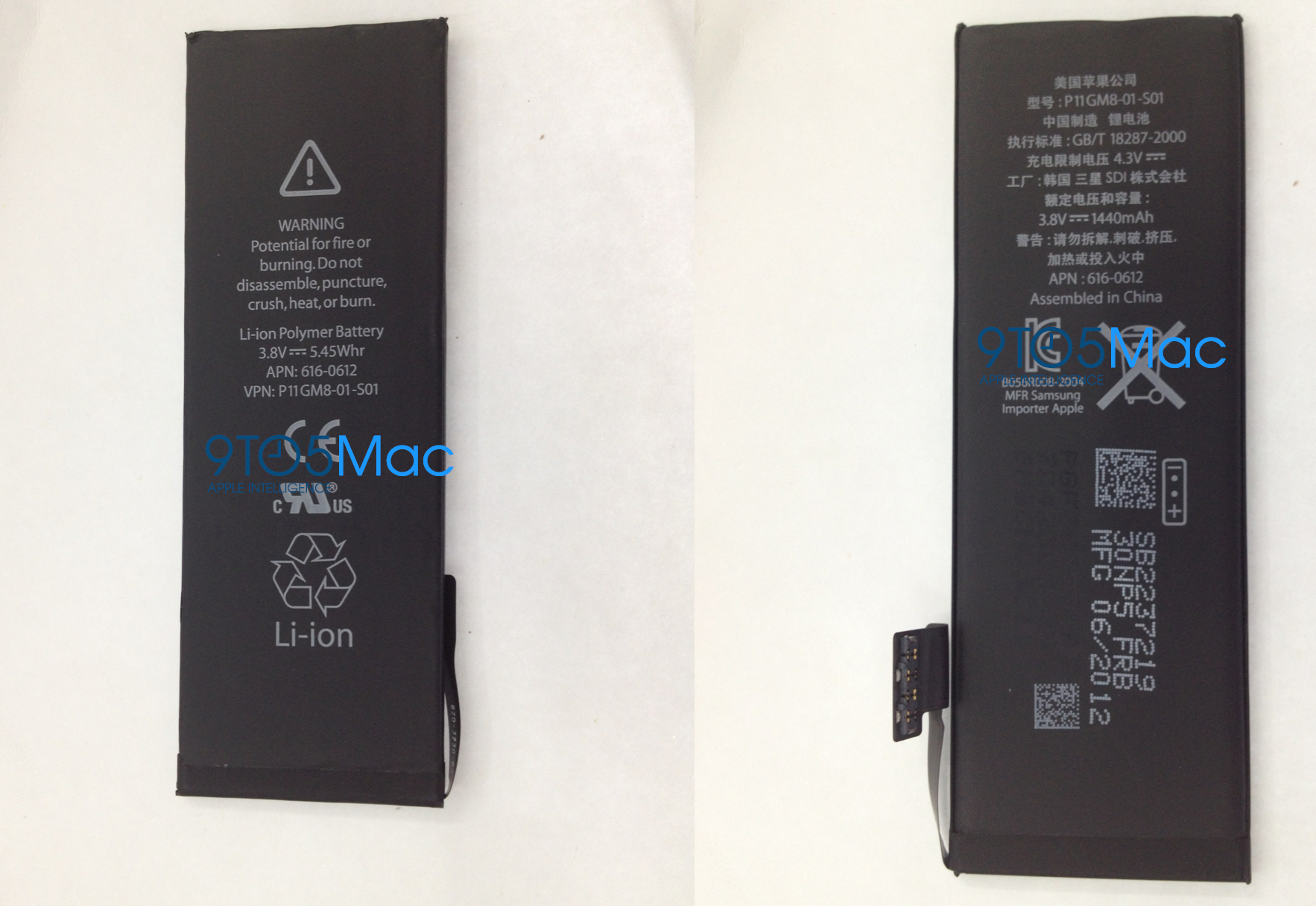 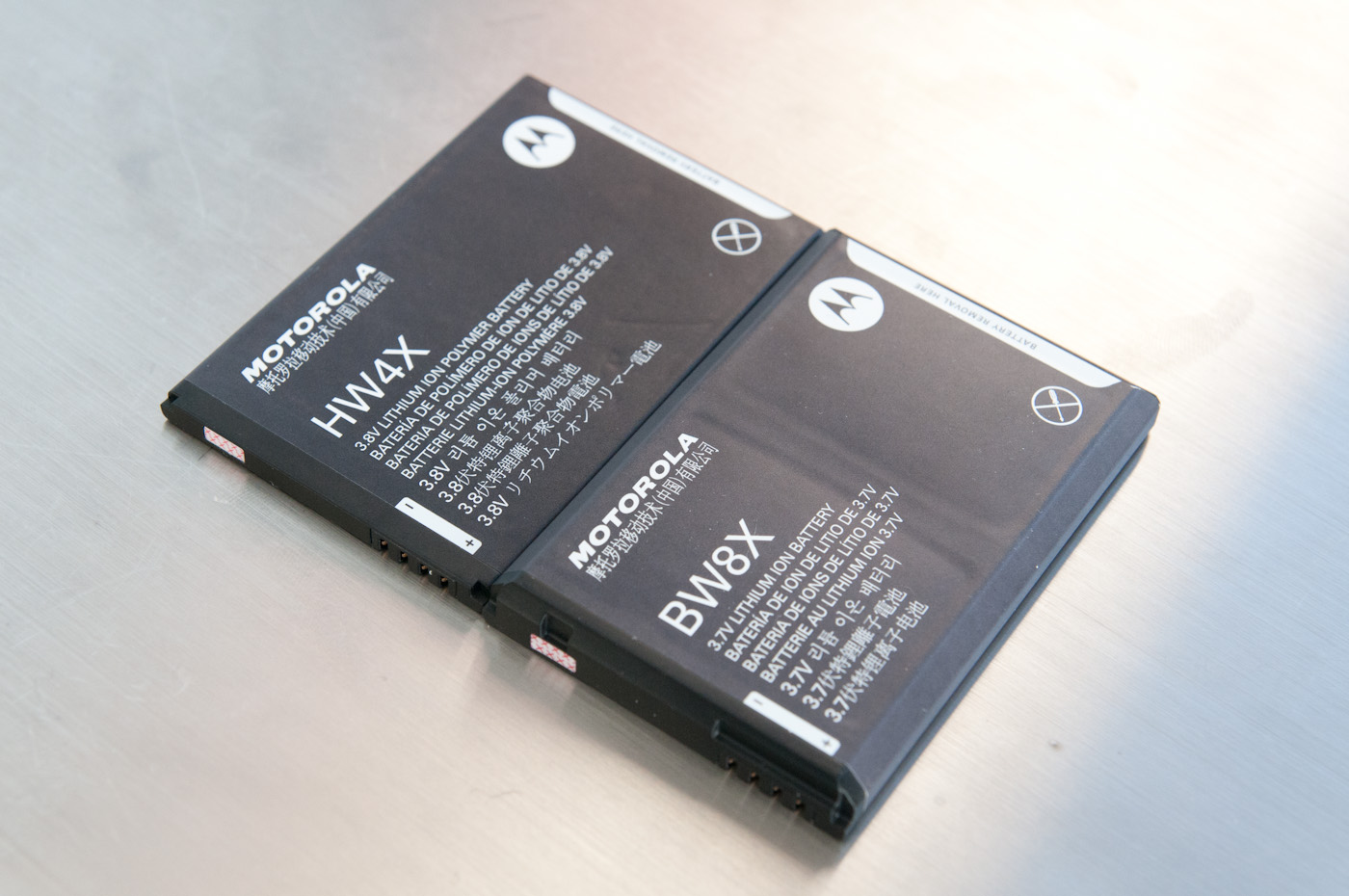 A source reached out to us and let us know that the Motorola Bionic's 3.8 V battery is in fact using a new alternative high voltage chemistry, and is not simply an overcharged Lithium Ion battery. This same battery will be used in the just-announced Motorola Atrix 2 as well. Note that the battery name includes an H (eg HW4X) to denote the use of these high voltage battery chemistries. This new chemistry also has similar cycle life as existing 3.7 V nominal batteries, and has been in the works for several years.
Click to expand...

To make things more interesting, the rumors surrounding LG's forthcoming Optimus G superphone (seriously, it's a beast) mention a new battery technology as well. If apple is sourcing displays from them, it's possible they'd also be sourcing batteries. The fact that the manufacturer is Samsung on the previous photo isn't really a problem because Apple sources multiple manufacturers for most all of their components.

The verge covered this story about the battery as well as mentioned the new IPS, likely in-cell, display they will be using, which is a preview for the iPhone as well.

LG Chem, Korea’s oldest and largest chemical company and a global innovator in electric car batteries, developed a new battery that offers greater energy capacity without compromising on size and weight. Standard mobile phone batteries have a lifespan of 500 charges in best-case conditions. Utilizing LG Chem’s high-density technology, the battery that was developed for the new flagship smartphone provides more power than other similarly-sized batteries by running 60 percent more efficiently. The new battery has a lifespan of 800 cycles, a first for a mobile device.
Click to expand...

Besides having more charges (meaning it degrades slower), what does more efficient mean? Well, it can mean one or both of two things. The first is that it charges faster because less electricity is wasted in charging. The second is that it actually discharges slower and lasts longer because less power is wasted in loss (such as heat) when powering the device. Given they say it delivers more power than similarly-sized batteries, I would bet at least the latter is true. That means more battery life out of the same mAh number.

For those interested, here's the video talking about the new screen (in Korean): http://www.youtube.com/watch?v=Gv_Je1jXEOU

Look at the PCB and battery orientation:

On August 22, macrumors featured another battery leak with a battery that featured a 3.7V battery as we would expect. The part number was also similar to the iPhone 4 battery. edit: arn pointed out this story is a year old (whoops), so it's a non-issue. That was the 4S battery, which was still being called iPhone 5 at the time. Most of the discussion below is relevant and it legitimizes the PCB and battery compatibility. 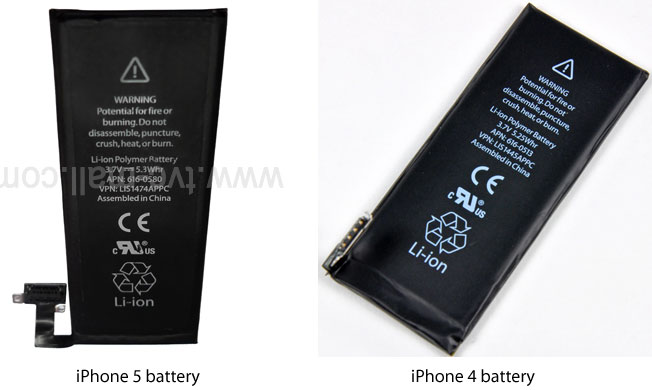 Leaked PCB and housing shots suggest that the PCB will be on the right of the new iphone, not the left as in legacy iPhone devices (4 and 4S included). The battery connector also seems compatible across generations. Looking at the leaked PCB shots isn't conclusive given its blurry nature. However, if you compare the iphone PCB shot with the iPhone 5 PCB shot, it seems the iPhone 5 might have a compatible connection due to their extreme similarity, and one must also ask why they would be that different across the batteries anyway.

Given the evidence, I think we'll likely see a new battery chemistry in the next iPhone. However, this needs to be taken with a grain of salt, since we don't know if the 3.8V chemistry is what LG is using. Even if we find out that the new LG battery is 3.8V, that doesn't mean it's the same 3.8V technology we're seeing in the new iPhone. Since Apple loves to talk about their batteries, if it is featured, I think there's a good possibility they may talk about it. If they do, that could confirm they're using LG's tech. Still, if they're using a 3.8V battery, one must ask why Apple made the change if it didn't have some benefits in store for the new iPhone ultimately. It does, without question, at least confirm a new battery chemistry. The nominal voltages of batteries are directly related to the chemistry utilized within, so you wouldn't get 3.7V and 3.8V both using the exact same chemistry.

From the anandtech article:

Most of the time, users quote battery capacity in just mAh because you can be assured that the nominal per-cell voltage of consumer grade lithium-ion batteries is going to remain the same, at 3.7 V nominal, and 4.2 V fully charged for a Lithium-manganese oxide (LiMn2O4) battery. That isn’t something that was just decided on; the voltage falls literally out of the electrochemistry of the reaction. Lithium is the ideal anode for an electrochemical cell because it has the lowest redox potential, at –3.05 V, and it’s very light, at 6.94 g/mol. Combine that with a cathode of your choice, and you get a battery. Relatively standard cathode choices are things like Mn2O4 or CoO2 or NiO2, with the first and second being popular choices. In reality, a graphite anode is used alongside a LiMn2O4 cathode to make things safer, and ions migrate between the cathode and anode during charge and discharge. I’ll spare you the hand waving, but the anode reaction gives you –3.0 V, the cathode reaction 1.15 V, combine them, and you get a ΔE of 4.15 V. You can see where the 4.2 V comes from purely from this, with a little bit of fudge factor. Each battery is different, but it’s again just a material choice.
Click to expand...

iPhone 4 PCB on left of device: 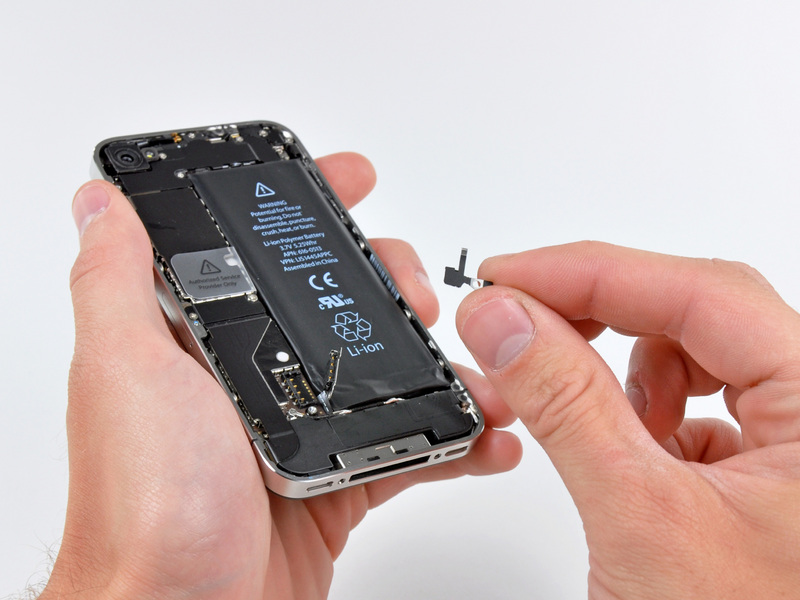 PCB now on right of device: 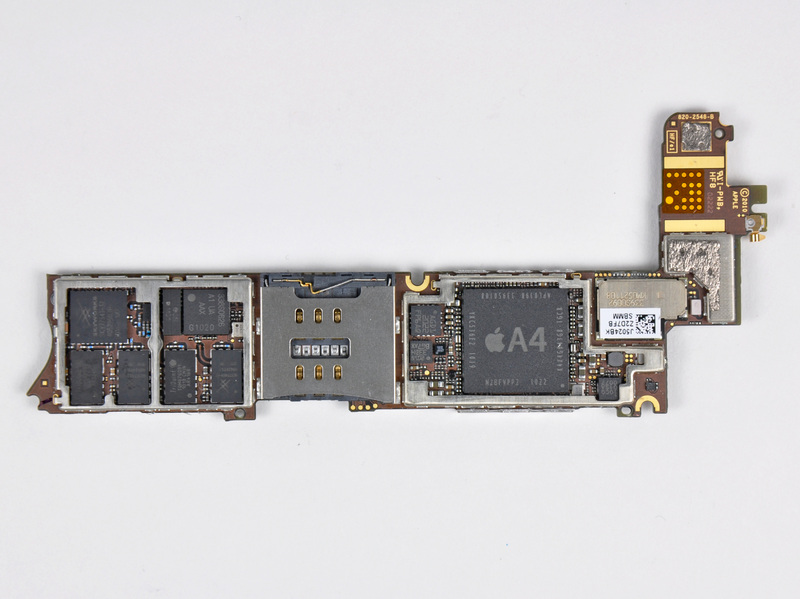 iPhone 7 with a fuel cell is what I'm looking forward to. I could go for some Kindle-like battery lives.

Anandtech has published an article at least partially supporting my claims:

Battery life on a device is obviously a function of the inherent efficiency of its components, but also is a function of overall battery capacity. Increasing the size of that tank obviously gets you immediate gains in overall lifetime, at the expense of increasing the mass or volume of the device. The iPhone has been no stranger to increases in battery life, and in fact the iPhone 4 realized a considerable jump in overall battery size thanks to the side by side PCB / battery split that has now dominated smartphone design. Since then we haven't seen as much of an increase in capacity, and meanwhile some Android phones are shipping batteries as large as nearly 8 Whr (2100 MaH, 3.8V in SGS3).

Recent leaks out of China have, howver, indicated that the next iPhone will likely move to a higher voltage chemistry, up from 3.7 V nominal to 3.8 V nominal. This follows the move that Motorola made over a year ago to the 3.8 V nominal chemistry where I saw it the first time. Since then Motorola has shipped almost all its phones with 3.8 V batteries, followed by Nokia and Samsung. Thus it seems highly likely that Apple will also move to this chemistry given maturity and the tangible benefits it provides to battery lifetime.
Click to expand...

I think the iPhone 4 PCB only appears to be on the left. That phone should be upside down...back off. (notice rear camera in upper left)
C

Extremely logical and meaningful article. Kudos to that thread starter! This should be considered by MR to be featured on the news page.

The iphone 5 is opened from the front so the boards are on the same side. Also, I doubt there's a noticeable difference in upping the voltage with 0.1 V. Tangible, yes. Breakthrough, no. New battery chemistry or not, the amount of watt-hours ultimately decides how much energy a battery is able to provide. 1440 mAh at roughly the same nominal voltage doesn't somehow become 'better' because different materials are used. Numbers are numbers. Someone correct me if I'm wrong.
M

CallOfDuty said:
Extremely logical and meaningful article. Kudos to that thread starter! This should be considered by MR to be featured on the news page.
Click to expand...

I agree! There has been nothing else posted today anyways!
A

Good research and presentation. Thanks for the article.