I hope at the event in a few weeks we get software updates from Apple for OS X Yosemite. 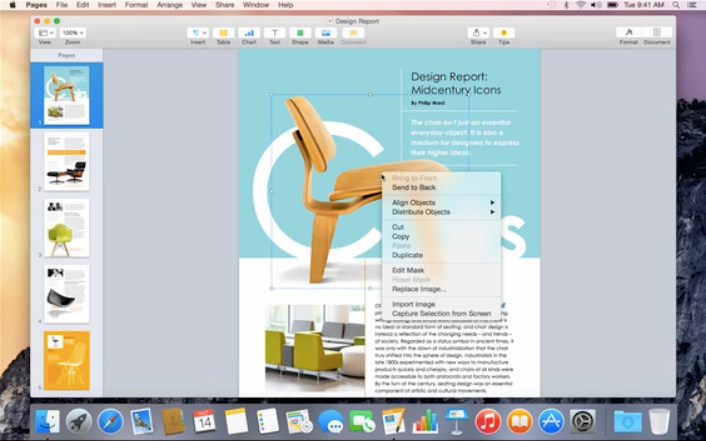 As seen in this image from the Yosemite GM build's trackpad settings video, the iWork icons in the dock have new icons and Pages (shown here) will be getting a new toolbar with the release of Yosemite.

This indicates the iWork apps will definitely receive updates for Yosemite, iCloud Drive, Handoff and UI changes if only to update the toolbars and icons.

The iLife suite was updated last year, but their interfaces are outmoded in the new, flatter Yosemite look. If iMovie and Garageband are updated to match Yosemite's UI, they will likely get new icons as well. They could also support iCloud Drive.

The UI changes will probably be sparse and limited to removing gradients and perhaps adding a touch of translucency.

OPTION 1 - iPhoto will receive a small update for Yosemite, including limited support for iCloud Photo Library

OPTION 2 - Apple will leave iPhoto and release Photos.app for Mac in Beta. Users will have the option to test Photos ahead of its public release. 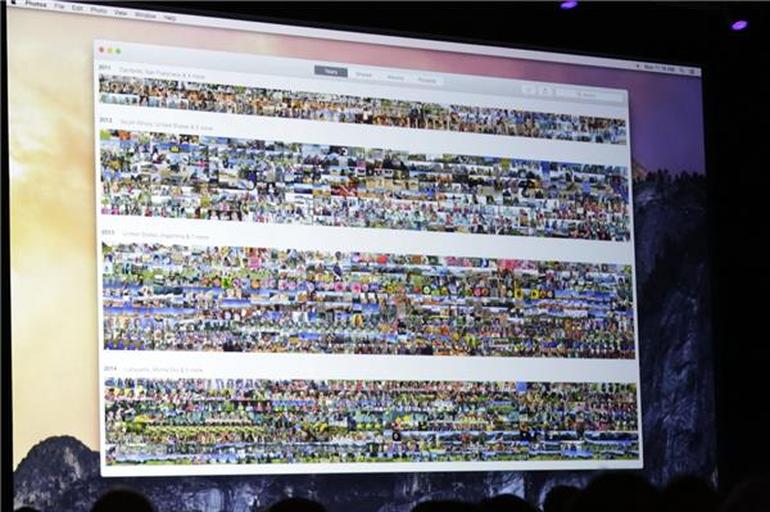 I hope Apple chooses Option 2 and gives users the Photos.app in beta ahead of the launch in a few months.

I also hope Apple indeed does update iMovie and Garageband's icons and UIs to flatten them and keep them consistent with Yosemite, supporting iCloud Drive, and like iWork maybe adding Handoff support.

I just want to see the new templates.

Photos beta would be cool, although I have no plans to use it.
J

Jessica Lares said:
Photos beta would be cool, although I have no plans to use it.
Click to expand...

You use iPhoto? And presumably will never use iCloud Photo Library.

I think it's quite likely Photos for Mac will debut in beta form at the iPad/Mac event.

I can neither confirm nor deny that there may or may not be a placeholder for Photos on the latest public beta of Yosemite. I wouldn't be surprised if Photos appears with Yosemite at Apple's event next week (October 16th).

I believe once apple rolls out 10.10, they'll be rolling out updates to their software suites. Those updates are generally to make the apps run better under the new OS, not increased functionality, though they did promise a new photos app in the near future.
J

I believe once apple rolls out 10.10, they'll be rolling out updates to their software suites. Those updates are generally to make the apps run better under the new OS, not increased functionality, though they did promise a new photos app in the near future.
Click to expand...

They did not say near future they said early 2015.

I just hope they don't kill the photo books.

Joseph H said:
They did not say near future they said early 2015.
Click to expand...

That's right, I forgot that their photos app was mentioned as a 2015 thing
J

I bet you that they do

Joseph H said:
I bet you that they do
Click to expand...

Be a nice surprise if they didn't. It's a shame, they're great presents and keepsakes.
C

I like how they've managed to make the iWork UI even worse.
M

Apple's initial caps bug is still there. Basically, it's just gone. And there's no way to capitalize the letter "i" when referring to the first person.

One senior advisor told me it was definitely a bug that he was able to reproduce. He said he was sending it to engineering.

Another senior advisor said "just use the shift key." Really?!