New Mac Pros or a blast from the past? ;)

You are using an out of date browser. It may not display this or other websites correctly.
You should upgrade or use an alternative browser.
5

Despite people's anger about the non-update to the Mac Pro line, it seems clear that Apple is on either of two tracks here:

- A stopgap update just to keep the lineup going until their major redesign is ready by early-2013. And by "major redesign" I mean the coming of the fabled xMac headless mini-tower with some three PCIe 3 slots, TB ports, USB 3 ports and a couple of drive bays. The main reasons for this? SJ's ideological hatred for mini-tower/expandable Macs is gone, as well as environmental factors that may push Apple to reduce volume, packaging and materials in the new xMac;

- Or something similar to what John Sculley said back in October 1990 about the Apple II line (and I DO have the original A+/InCider magazine with that infamous "open letter"): That "we value the Apple II family as an asset, which will continue to nourish", although "beyond that, I am not at liberty to disclose specific product plans." Needless to say, the Apple II line was killed shortly after that "open letter" and several "personal" Mac models (such as the LC) were launched (along with an Apple //e compatibility card). Longtime Apple fans like me may replace "Apple II family" with "Mac Pro" and get the gist...

So, is it the former or the latter? Probably the former, but in a way that will be TOTALLY different from the current Mac Pro line. 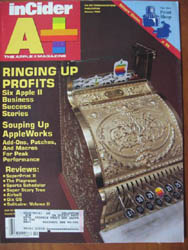 As I have said in another thread, a generic headless "xMac" is something that I don't associate with modern Apple.

If they offered a new desktop there would be something about it that would make it different to distinguish it from a generic Dell box. I do not think people would pay premium for an expensive mini-tower when there are endless others to choose from.
Comment
M

BRLawyer said:
A stopgap update just to keep the lineup going until their major redesign is ready by early-2013.
Click to expand...

I believe this is what is going on, though IMO it seems more reasonable that it's just a major refresh of the Mac Pro - one that apparently takes more time than they had before WWDC - rather than the replacement of the MP with the so-called xMac (although, if they did both the MP refresh AND the xMac that might be kinda cool).
Comment
You must log in or register to reply here.
Share:
Facebook Twitter Reddit Email Share Link
Register on MacRumors! This sidebar will go away, and you'll see fewer ads.
Sign Up
Top Bottom