I frequently pull down iPhone homescreen to access the app menu in “Siri Suggestions,” and now in iOS12 I notice new suggested actions appearing beneath the app menu — “Check the weather in your current location” (tied to Weather app; appears in the morning and random other times); “See what’s happening on Twitter” (tied to Twitter, obv.); “Send a message to [my wife]” (with her profile image). Don’t think I’ve seen any others.

[EDIT: I realized that Safari also sometimes comes up as an option — “Open [a frequent website].” This is helpful, as Safari rarely appears in the app menu, for some reason.]

These are interesting, though the Twitter app still seems to appear in the app menu when the “See what’s happening...” action appears (so the new option just duplicates that); and I’m not sure why I’d pull down the Siri menu to open an app, and think, “Ah yes, now’s a good time to text my wife...” — if I wanted to text her, I’d just open Messages; I wouldn’t open Siri Suggestions and hope that option appeared.

It’s interesting they’re trying out more in this area; guess we’ll see what else shows up there...
Last edited: Sep 22, 2018
M

UPDATE: This is a new one. I almost never “create a new tweet”... 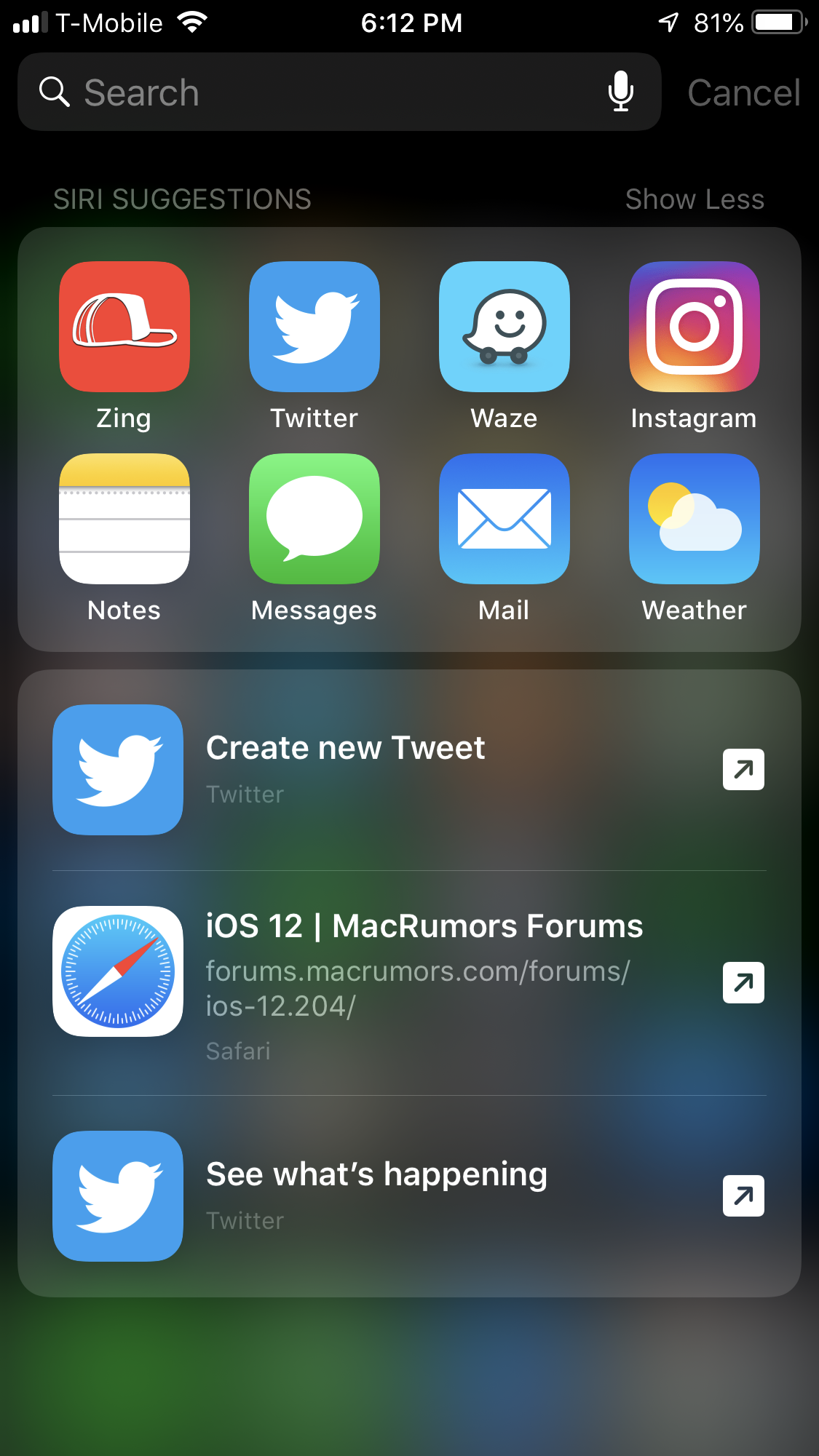 [doublepost=1537666778][/doublepost]Another new one. Funny suggestion — why would I randomly decide this was I wanted to do at that moment? 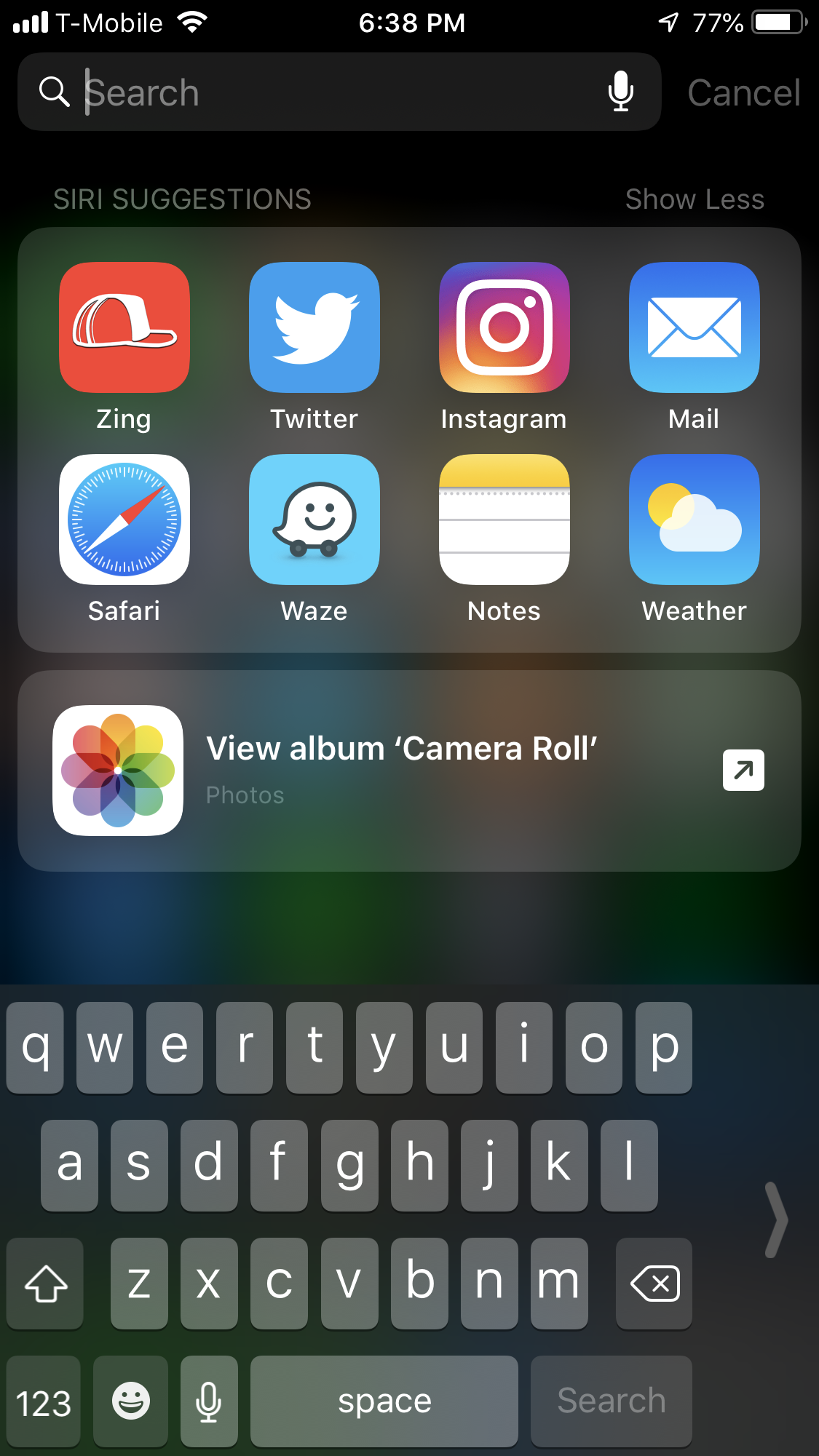