The iOS App Store Twitter account over the weekend revealed that the 2007 Nintendo DS game Professor Layton and the Curious Village will be making its way to the App Store in the United States in the near future (via Engadget). Japan received a port of the puzzle game on the iOS App Store and Google Play Store this past June.

Of course, with just a single tweet there isn't much additional information about the iOS release for the original Professor Layton game in the United States. Given that this will be a direct port of the game, it appears that Professor Layton and the Curious Village will not be one of Nintendo's mainline apps that are taking established characters and franchises and making them into mobile-friendly titles, like Super Mario Run and Animal Crossing: Pocket Camp. 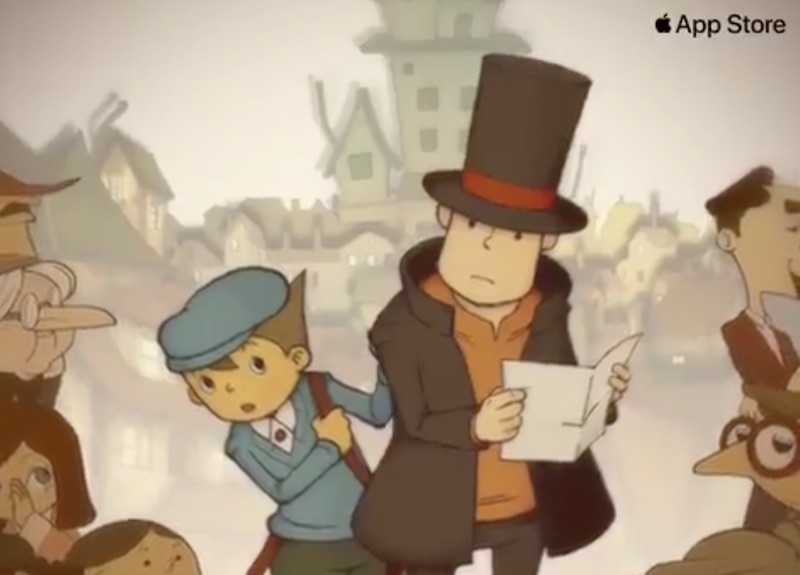 That's because the puzzle-based gameplay of the Professor Layton games should already be an easy transition to smartphones. In the first game, players take on the role of Professor Layton and his young assistant Luke as they navigate around a small village named St. Mystere. Originally developed by Level-5 and published by Nintendo worldwide, the game is mostly centered on solving puzzles and brainteasers presented by characters around the village.

Since the first game, the Professor Layton series has seen numerous sequels over the years, with the last game coming out in 2017. That game, Layton's Mystery Journey, was the first sequel in the series to debut on mobile [iOS Direct Link] alongside the release on Nintendo 3DS. Otherwise, the original Professor Layton games had yet to make it to the iOS App Store before now.

I love the Professor Layton games. This is the type of game (point and click, puzzle) that translates well to smartphones.
Reactions: goomba478 and thisisnotmyname
J

I was wishing for the next Layton’s Mystery Journal.

Hot damn I remember playing this years ago — and I mean years, when the DS and this game was first released.

Oh boy MR. If you want to make me feel old, just remind me the ‘90s was nearly 30 years ago.
Reactions: goomba478
You must log in or register to reply here.
Share:
Facebook Twitter Reddit Email Link
Register on MacRumors! This sidebar will go away, and you'll see fewer ads.
Sign Up
Top Bottom