I thought this article did have some valid points about the hype factor vs. actual content. The big example/promotion of the Frogger on the bathroom floor just wasn't doing it for me. Yes, I know the message was to get ready for their gaming subscription service. But wasn't that almost at the top of the event?

I'm a hardware freak I guess, and there really wasn't anything big in that department. Though the iPhone Pro's camera did look nice. Yes, I know what is hardware without the software. I am truly excited about iPad iOS. It has been a battle for me not putting the beta on my iPad Pro 2018. I should watch the event again and see if iOS for iPad got the attention it deserves.

Don't get me wrong I've been an Apple Fanboy since 1983. But, I did find myself a bit bored with this particular event streamed yesterday.

Maybe I've become a bit jaded over the years? Maybe I miss the fun in person user groups, and MacWorld conventions, and this streaming event is my personal placebo?

Anyway check out the article. I'm sure the author is getting a ton of e-mail on this. So what do you think? Was this particular event a good one compared to ones in the past?

jazz1 said:
Was this particular event a good one compared to ones in the past?
Click to expand...

It continues the downhill slide of the Cook era. Minor tweaks (some that copy competitors' phones) hyped as life-changing innovation. 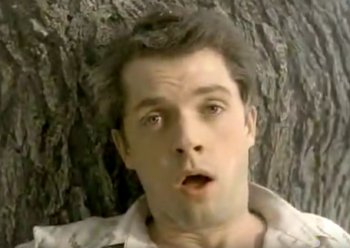 That was a horribly boring article. Read like something a high school student might submit. I found the presentation (it's not a keynote) to be very interesting. Even though I am not in the market for any of the products they announced, at least just now, I like to keep up with what apple is doing. The author of this hack piece would be better off reporting on something that interests him more. Personally, I'd like to have the 5 minutes back that I spent reading that dreck.
Reactions: decafjava
Comment

For me, I love the reveals. Apple has them down to a science and I like the way the presentations flow and the way they seem personal. Obviously, YMMV on them.
Comment

It's not you only. It's a combination of a mature smartphone device combined with fake hype from "trendy" execs. The only sad part is the people falling for it.
Comment
T

jazz1 said:
I'm a hardware freak I guess, and there really wasn't anything big in that department.
Click to expand...

I think tech in general is currently going through a rather dull phase of slow, incremental improvement at the moment - it's not just Apple. We had 40 years of breakneck progress, which opened up starling new applications every 18 months or so - but the last 5-10 years have been rather slow. Things have got more refined, maybe a bit faster or slicker, but I can't think of any really, jaw-dropping "wow" moments recently, from Apple or anybody else since - well, probably the first demo of the iPhone and its multi-touch, inertial scrolling interface.

The Apple II came out in 1977
The Mac came out 7 years later. Totally different paradigm for personal computing, and the birth of the entire desktop publishing industry.

Nope, back in the good old days we had proper new fangled contraptions that would never catch on.

Or, another way of putting it, sometime in the 00s, the industry finished implementing The Mother of All Demos from 1968 and by the end of the decade Apple had something vaguely like the Dynabook in the form of the iPad/iPhone - and the only real ideas anybody has had since are (a) OK, now can we fit it into a watch? and (b) Can we make a car that can drive themselves?

Ans:
(a): yes, but, know what? I've got used to using a phone to do that stuff and kinda like not walking around with a brick strapped to my wrist, and

(b): yes - but it will be another 5-10 years of tedious testing and refinement and lobbying governments and insurance companies to make them safe enough to use on the road... at which point it doesn't really make sense to let people own one.

For me, it was minor updates, and trotting people out to describe or demo, all of them lacked any charisma.
I see a handful of issues, Apple keeps renaming its phones, which is an odd marketing approach - think about it. We have the iPhone 8 (skips the 9), then we go with roman numerals for the iPhone X, but now back to regular numbers for the 11. Apple went with "plus" then "Max", Apple effectively renamed the XR to just the regular model, and regular model is now the "pro"
Comment
T

maflynn said:
then we go with roman numerals for the iPhone X, but now back to regular numbers for the 11
Click to expand...

...trouble is, "iPhone XI" just isn't as cool as :iPhone X" - it's MacOS Lion and premature peaking all over again...

Perhaps it should have been the "iPhone ][" - then they could call next year's model the "iPhone //s"...
Comment