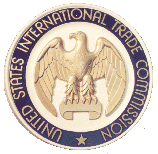 The Obama administration has vetoed a partial ban on the import and sale of some Apple products which was granted back in June in response to a ruling made by the USITC (United States International Trade Commission). The ban, which applied to AT&T models of the iPhone 4 and iPhone 3GS, and the 3G models of the iPad and the iPad 2, was granted after the USITC found that the aforementioned products infringed on a Samsung patent, specifically Patent No. 7,706,348, titled "Apparatus and method for encoding/decoding transport format combination indicator in CDMA mobile communication system."

Today, in a letter to Irving A. Williamson, the Chairman of the USITC, the United States Trade Representative Michael B. G. Froman declared the following:

After extensive consultations with the agencies of the Trade Policy Staff Committee and the Trade Policy Review Group [...] I have decided to disapprove the USITC's determination to issue an exclusion order and cease and desist order in this investigation.
Click to expand...

The letter further went on to note that the Obama administration was "committed to promoting innovation and economic progress, including through providing adequate and effective protection and enforcement of intellectual property rights".

The Verge has noted that this is the first time since 1987 that the President of the United States has interfered with a decision from the ITC. This comes after the FTC (Federal Trade Commission) recently criticised this sort of use of sales bans (rather than monetary compensation) as a means of executing patent infringement - as it in effect harms rival products and companies and does not promote a competitive trading environment. CNet had previously cited experts who believed it was unlikely for the administration to step in on this case.

Just last week, Verizon attorney Randal Milch published an open letter calling for presidential intervention in this case to veto the ban. The ban would have otherwise gone into effect on August 5th, 2013.

Finally, the President clarifies that FRAND patents can't be used recklessly in the United States.

well this should make it clear that the current patent system in the US is pathetic right? time to change it, apparently its important enough for obama if he bothers to veto the ban ..

Prez needs to stay out of these types of things. There's already enough bureaucracy in place. He needs to run the country, not business.
O

Excellent news!
Apple said it will pay the same amount of licensing that Samsung is charging everybody else. So, there is no justification for Samsung to ask for more money.

FRAND licenses should be used as FRAND!

Politics and pro or con Apple oportunities abound. Why do I think this thread may break the 500 post mark rather quickly?
O

Funny how Gruber was just making fun of Amazon for getting special government treatment. I think this is the right move by Obama, but you can't say DC never did anything for APple anymore.

That said, this is exactly the sort of thing the President should be getting involved with. Sometimes you need a large group of people to temper a single ruler, and sometimes you need one man to cut through the bureaucratic crap and do what's right. That's both the Pro and the Con to our form of government.

Besides, that's what the government does, invoke policy to protect/promote/keep safe the individual, companies, and allies of the united states, at least when their having a good day. This happens to fall into protecting both the individual consumer that hopes to purchase one of the United States top products, and protecting a US company from overzealous punishment. Allowing this to go forward would punish groups that weren't directly involved. They should fine Apple and call it a day.
T

Where ya at MegaManX with Obama won't veto this...lol.

Who cares what Obama's done and what he hasn't done.

It's the first time since '87 that a president has done something about the crappy system we have that stifles innovation.
M

It is incorrect to believe less government is better.

We need more bureaucracy and regulation, not less.

It is government that generates all wealth.

Without big government, we would have Somalia.

Right now we need far more government bureaucrats in the Patent office so that they can do a better job of researching patent applications.

The ITC ruling is a good example of the failure in the "less government" ideology.

Very good decision by the president!

This is a good example of government intervention that is necessary within the business community. Imagine the ramifications if the original ruling were to stand.

I feel it shouldn't have come so far in the first place...
B

Good move by the US president. I applaud this decision.
S

The administration finally did the right thing. Also, Samsung underhanded moves and slavish copying of Apple needs to stop!

Loved the slam on CNet! Tip of the cap.

Koodauw said:
Loved the slam on CNet! Tip of the cap.
Click to expand...

The president didn't do a thing. The administration did it. According to the law.

Consultant said:
Finally, the President clarifies that FRAND patents can't be used recklessly in the United States.
Click to expand...

He didn't technically clarify that. Read through it and include the footnotes.
Last edited by a moderator: Aug 3, 2013