If you don't want to read everything, I marked all the important information in green. So basicly that is all you need to get the final result.

For those of you who have doubts, this is what GPU-Z shows:

Now I know what some of you might think. You think that the software misreads the specs of the card. And indeed that's possible.
But wait and read further and I will proove that the specifications are correct.

Now let's search for a mobile GPU with simular official specifications.
You don't have to put to much effort in it, it's the ATI Mobility Radeon HD 5850M.
So the GPU, advertised by Apple as the 5750M is actually the 5850M.
Why? We'll never know. But that's not important. Continue reading...

Still with me? The 5870M is nothing more then a slightly higher clocked 5850M. So all that is required is a small, free, tool called "MSI Afterburner" wich you can use to overclock the 5850M ( fake 5750 ) to the 5870M.
It requires no skill, no voltmodding, etc... And it has a usefull option "Apply Overclocking at system startup".

Now, in order to test the actual performance increase, I ran FurMark and 3DMark11 at 2560x1440 to see how much increase it would have on such an high resolution. Gaming on a lower resolution is perfectly possible, but would result in a more blurry view.

For those of you who want to know the performance score if you want to compare your system performance: 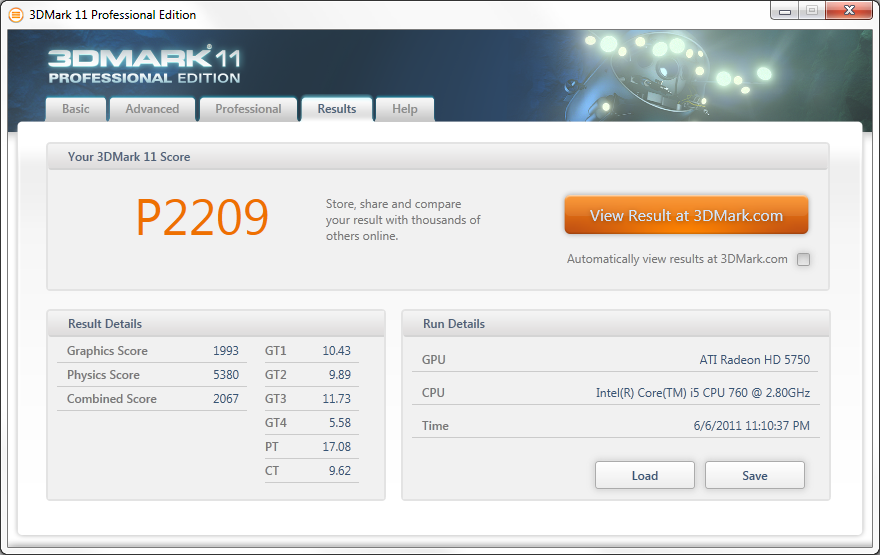 Step 2: Get rid off the Bootcamp driver, and install the latest one!

Apple and Windows Drivers, it just don't matches. AMD sells many more GPU's thanks to Apple, but when it comes to iMac driver support, it's seems that it's not that important for AMD. You've probably noticed by know that by default, you get the ATI 10.4 driver. When you try to update, the software will search for an update, mention that 11.5 is available, download it and install it. Then, when you go check, it's still the same 10.4 driver. So basicly, iMac users are stuck when it comes to upgrading their driver. 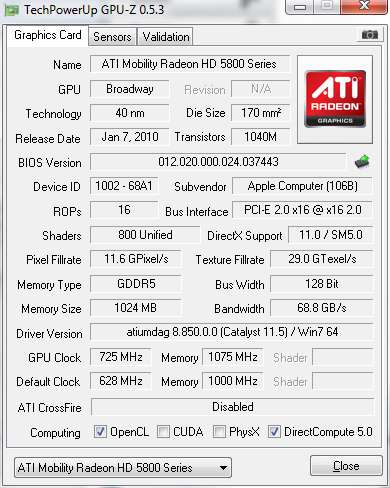 For those of you who want to know the performance score if you want to compare your system performance: 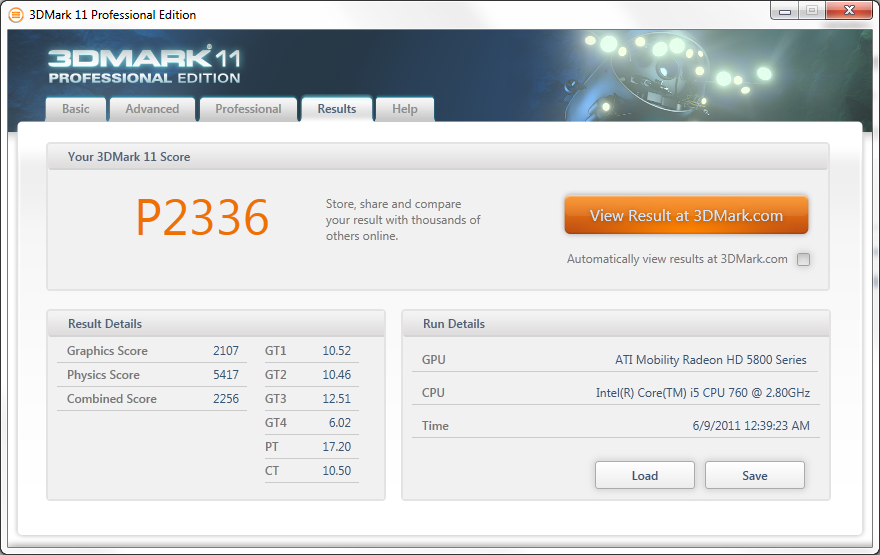 And offcourse, what's really important is the gaming performance. In UT3 the performance boost wasn't very high, but it's an old game and ATI does not add performance inhancements anymore.

As soon as the 2010 imacs were released, people found this out.

Are you running GPU-Z on the Mac or the Windows box?

It appears to be a Windows only application.
J

whmagill said:
Are you running GPU-Z on the Mac or the Windows box?

It appears to be a Windows only application.
Click to expand...

A little fiddle with Afterburner is needed to get it running at first (set overclockmode to 2 instead of 1
to remove any flickering problems occuring due to Powermizer).

Together with SMC/Fan Control I set the Fan Speeds to Maximum.

100% GPU Load via Geeks3D FurMark v1.10.6 Burn In Test running over 15 Minutes now it has a Max Temp of 61 °C (Test still running). Seeing that those Cards are usually running at 70-80 °C while under idle in Stock Notebook Systems I believe even higher Speeds are possible.

Results are around 25-30% more FPS in Battlefield 3 Multiplayer (45 Min, 50 AVG, 71 MAX).
All Settings HIGH, 1920x1080p Resolution. Yes I know that that isn't the native Resolution but I believe the VRAM/CPU Combination (i5 2.8GHZ) isn't strong enought to handle it stable that 's why I get a constant 30 FPS no matter how much I overclock my card or what Settings I set.

FurMark seems not to run well (in terms of FPS not stability) thats why I searched and
found a better Testing Tool MSI Kombustor 2.5.2

Ah and Tempratures are taken from GPU-Z/HWiNFO32 as the testing tools fail to get the sensor data somehow.
Last edited: Apr 30, 2013
J

I had the impression that with maverics the 6870 card should work without separate download of drivers. Encouraged by this information about clocking 5000 series, I ordered a used 6870m card, which is supposed to be from alienware laptop.All, I get is black screen though. Starting up in safe mode and zapping P(V)RAM did not help and that's about all I can think of doing to fix it. I checked all the connections and nothing obvious seems to be wrong inside. I want to find out if this is more likely to be a problem with the drivers or if my card is just disfunctional.
You must log in or register to reply here.
Share:
Facebook Twitter Reddit Email Share Link
Register on MacRumors! This sidebar will go away, and you'll see fewer ads.
Sign Up
Top Bottom