Olympic athletes are being asked by Samsung to cover any Apple logos on their devices during the Parade of Nations at the 2014 Winter Olympics opening ceremony because Samsung is a lead worldwide sponsor of the Games.

The report, from a Swiss site (via SlashGear) [Translate], does not go into much detail on the request, but reports it as a condition of Samsung's sponsorship. From SlashGear:

Olympics sponsor Samsung is reportedly dropping Galaxy Note 3 smartphones in athletes' goodie-bags, though the gift comes with a catch: a supposed ban on any other device branding, iPhone or otherwise, during the opening ceremony.
Click to expand...

Olympic athletes are controversially banned from mentioning any non-sponsor products during their time at the Olympics, including on social media and clothing.

All accredited competitors, coaches, trainers and officials are required to abide by Rule 40 of the Olympic Charter, preventing athletes from mentioning any non-Olympic sponsor companies. Athletes breaking Rule 40 can be punished with "removal of accreditation and financial penalties" or even total disqualification. The IOC has said on numerous occasions that protecting sponsors is of paramount importance because, without them, there could be no Games.

It's not entirely clear if this "Rule 40" was used as the reason for the ban on competitor logos. MacRumors has reached out to the United States Olympic Committee, the International Olympic Committee, and Samsung for comment but has yet to receive any response.

Update: The International Olympic Committee has said that athletes are free to use iPhones without restriction during the Opening Ceremony.

The Whole Olympics needs to be reworked. From top to bottom. Inside and out.

It's got more bloat than new PC.

Reminds me of the celebrities promoting Samsung... while using an Apple device.
M

Well, for once Samsung is doing something Apple would never do!

That's the most asinine request I've heard in a while. Why doesn't Samsung just give all the athletes Samsung devices to use during the ceremony if they're so concerned about it?

EDIT: I see the quote in the article now that they're dropping Note 3 handsets into the goodie bags. Well, I guess they'll be able to say the shipped a few more units of the Note 3 this quarter than they would have otherwise.
Last edited: Feb 5, 2014
D

There is no turning back .

It's great that Samsung are supporting the games, but this is just another blanket attempt on attacking Apple. Actually really disgusted.
Samsung should be better than this.
M

I can't imagine that people using iPhones and iPads would go without using them. Do they actually think that the athletes will put some kind of case or sticker to cover the logo? It's not like you still wouldn't be able to tell what they are if they get showed on TV.
A

Wow. Feels like high school. Why is samsung so insecure if their devices rock so much.
L

"We'll let you sport the products you ENJOY to use after the games."
F

On the plus side, if that Samsung Note 3 gets hacked, just throw it away on the way out (or recycle preferably). From reports you don't want to use your own electronics over there anyway.

What about the spectators?
D

avanpelt said:
That's the most asinine request I've heard in a while. Why doesn't Samsung just give all the athletes Samsung devices to use during the ceremony if they're so concerned about it?
Click to expand...

Sounds like that's exactly what they're doing. They're probably afraid people will still use their Apple devices instead of free Samsung crap.

They could kill two birds with one stone and just force participants to put Samsung stickers all over their electronics. 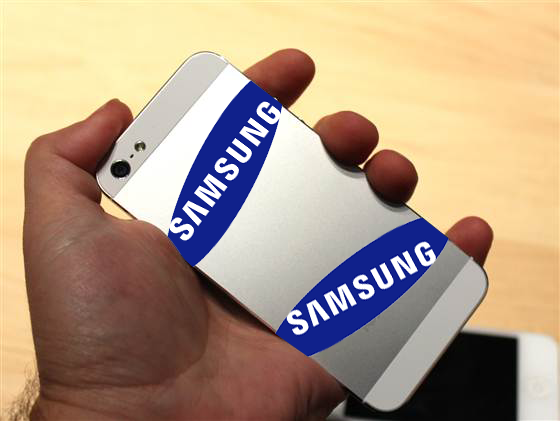 This is foolishI'm a loyal Android user, but nevertheless still bummed that the platform is polluted with this nonsense Samsung needs to go away.
B

I think it was London where the opening ceremony was basically a 3 hour Apple ad. Was pretty funny.
Last edited: Feb 5, 2014
R

There were loads of iPhones and iPads being held up during the London Opening Ceremony. Many of the athletes walking into the stadium in the flag bearer parade were holding up devices with the Apple logo in clear view of the cameras. I seem to remember saying that the London Opening Ceremony was better promotion for Apple than Samsung, although Apple hadn't paid a penny in sponsorship.

Guess I'm not watching the Olympics then

This is utter crap. I've already decided to never buy a Samsung product. Now I can't watch the Olympics. No Samsung, there is this thing called freedom and you can just pound your "rules" up your arse.
F

I remember around London 2012 an independent bakery being threatened with thousands of £s in fines if they didn't remove their window display of 5 doughnut in the shape of the Olympic logo... I can understand the sponsors wanting to protect their rights but it does seem a bit crazy/draconian when you hear things like this....

I understand Samsung wanting athletes not to flash apple and other logos as they are spending loads of money for advertisement and sponsorship....But disqualification? seriously? People are forgetting what olympic games are suppose to be about...very sad

Any one wants to buy my 1 year old samsung TV? anyone?
M

Wow guys, this is normal practice.

Something similar happened with the first Spiderman movie, where Sony wanted to hide Samsung's logo during the scene that happens in Time Square.

It is a very common practice and I can assure you that any other company would've done the same if they were the main sponsor, including Apple but then again, does Apple ever sponsor anything? Their fault, not Samsung's.
D

Its so funny ! the athletes have to go without any sponsorship what so ever but samsung can sponsor the olympics.. USOC has really out done themselves ... I bet the steak dinners are mighty fine boys, might fine....

Society has completely lost it ..