Orbino, anyone get theirs yet?

I was told that they would be shipped to the US on the 20th but this was delayed by a day or two, then once they have them here they will go out via ground.

Anyone have more up-to-date info on these cases?
I

I didn't realize that other folks had ordered an orbino case. I ordered mine on 7/17 and received an email saying that the shipment had been sent from Italy on 7/23 (apparently this is where they are manufactured) and will be arriving in at Orbino's headquarters in NC next tuesday (7/31). Presumably, I'll get mine at the end of next week as I've requested priority mail.

Too bad i've decided to run naked now. Yesterday, I discovered some small, but noticeable, knicks on my chrome bezel ... most likely caused by particles getting trapped under my incase fitted leather sleeve.

Just received my Orbino Strada today, so I thought I would put up some pics. 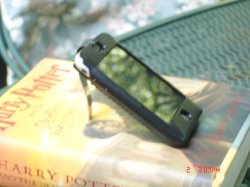 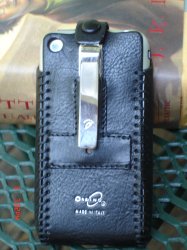 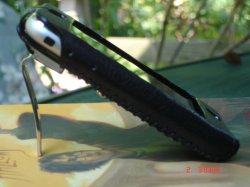 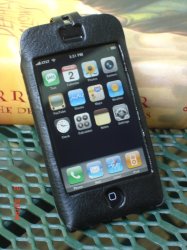 Only "bad" thing I have to say for it is that it won't sit in the dock with the case on.

Not sure how I feel about that yet.
A

I received an email from them on 8/2 stating that orders placed through then would be shipped from Italy on 8/8 and that I would have it soon after.

Sobe, I have a couple of questions.

1. Does the case cover the speaker? If so, is the ring loud enough that you would be able to hear the phone outdoors while on the street?

2. Does the case make the phone much bulkier?

I am struggling to decide between the Incase silicone case or the Strada.

asimqadir said:
1. Does the case cover the speaker? If so, is the ring loud enough that you would be able to hear the phone outdoors while on the street?

2. Does the case make the phone much bulkier?
Click to expand... 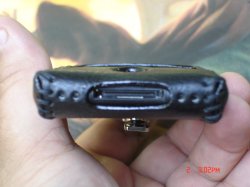 I think it's plenty loud. Can't really tell a difference with it on or off. But some people are more sensitive to these things than others.

2) Well it's definitely bulkier because it's not just the iPhone anymore but it's really pretty slim.

My new biggest complaint is that the way the clip connects, it is too low to properly take the stress of using the clip.

The thing is solid so it's not going to break, but the connection point should be much higher up on the clip.

It's not a fatal flaw, just something that could be done better.

The clip itself is fine but some people might think it doesn't close strongly enough.

I still like the case a lot, but there are some design flaws there. But the overall fit and workmanship are really top notch.

I didn't use the film that comes with it, I already had a crystal film on it.
J

How does the clip work as a horizontal stand for (say) viewing videos?