iOS PacketCalc beta. Any network admins out there?

Just submitted an iPhone / iPad app called PacketCalc to TestFlight. If anyone's interested in trying it out, I'd very much appreciate any feedback!

The app can answer questions like "How much payload, i.e. user data, could you send in 13 seconds in a 495 byte IPv6 packet encapsulated in an IPv4 VXLAN header if you're connected to a 25GB link and sending at 71% of line rate?"

The app supports export to Soulver (and Text, JSON) and Split Screen on iPad. So, you can share the screen on iPad with Soulver and perform additional calculations on PacketCalc's internal data within Soulver.

I started with a fixed UI where all values were visible, but it soon became obvious that wasn't going to be very extensible. So, I settled on a ScrollView with disclosure indicators to expose controls for the various settings.

I've setup a page here that provides screen shots and an overview.

And here's the TestFlight link:

If all goes to plan, I'll offer this on the iOS App Store for 99 cents, and will upload a Catalyst version (which is working, but with no additional MacOS tweaking) to the Mac App Store for free. The Mac version also works with Soulver on the Mac, so might be better for network admins sitting at their desks.

Thanks in advance to anyone who wants to give it a try!

Below is an image of PacketCalc (on the right) sharing the screen with Soulver. 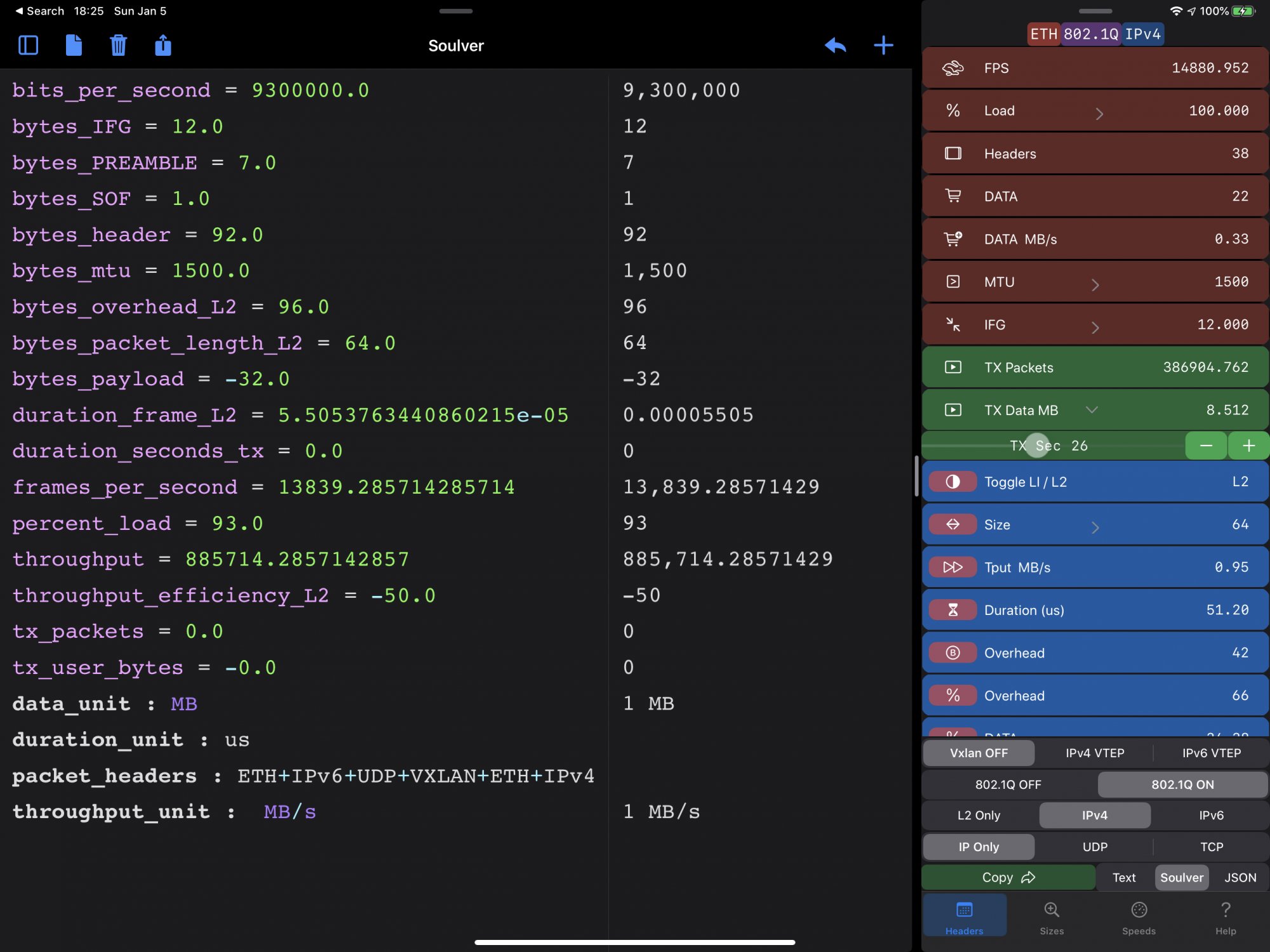