Parallels Desktop 13 for Mac received an update on Thursday to include full compatibility with the new Apple File System (APFS) and HEVC video standard included in macOS High Sierra. 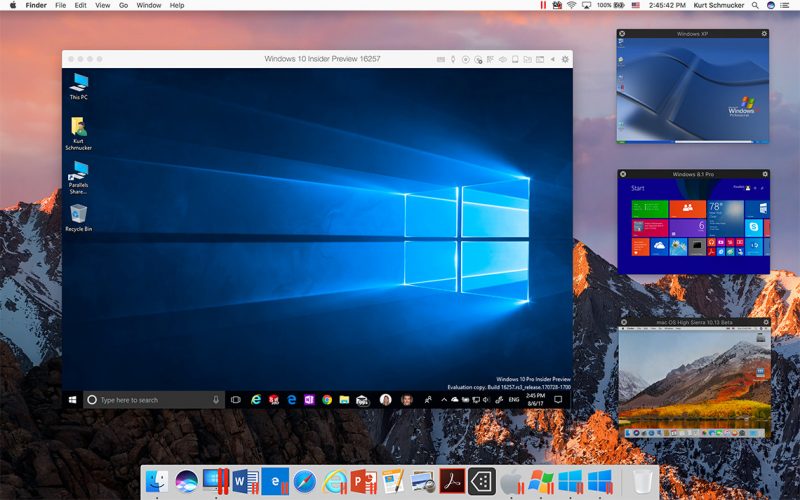 Parallels Desktop 13 for Mac costs $79.99 for a new license. Existing users of Parallels Desktop for Home and Student can upgrade to V13 for $49.99, with a time-limited offer enabling users of the Desktop Pro Edition to upgrade for the same price (usually $99.99). For more pricing details, see the Parallels website.

They still haven't fixed video artefacts when switching desktop spaces in Full Screen mode which is really annoying after I upgraded to High Sierra. Maybe it's an issue with High Sierra itself.
Reactions: geekon2wheels

Curious when they'll update Parallels Desktop Lite as well. It's a lighter version that uses macOS' built-in Hypervisor framework. It's in the Mac App Store: https://itunes.apple.com/us/app/parallels-desktop-lite/id1085114709?mt=12 and was updated in May this year.

Parallels is literally the worst... Instead of just providing consistent updates to their product they decide that you need to buy a new version each year, and they deliberately introduce bugs that push people to do so. Despicable...
Reactions: ivan86, campyguy, litmag01 and 2 others

Jimmdean said:
they deliberately introduce bugs that push people to do so. Despicable...
Click to expand...

Have any proof of that?

I don't like them selling new versions all the time. Either market it as, an extremely expensive, subscription or don't charge for every little incremental update.

I'm confused. One, without context, these assertions don't make sense to me. The context could be: when running a Mac guest(!), booting off APFS is now supported. Or: the Parallels Tools include a HEVC codec.

But then I'm even more confused because the Release Notes don't mention APFS or HEVC at all. So what is this article talking about?
C

Gotta agree with @Jimmdean, the cost of the bug fix, er, upgrade is a bit much IMO.

dan9700 said:
Toke them long enough they released it saying worked sigh high sierra then I payed and it didnt until now so happy but toke a whilre
Click to expand...

Competition is good, but only VMware Fusion works controlling machines via USB from Windows from Mac. Parallels Desktop crashes while collecting data and all is lost.
M

Is that still possible on newer Macs?