Hi all. I was reading an article that discussed whether paying for Lightroom Presets is good. The article basically said paying for LR Presets is a waste because they don't allow for creativity. I tend to disagree with this because I will use a Preset as a starting point sometimes when I edit my photos. I also tend to make my own presets as I edit my photos. If I like the way I edited my photo, I save it. Usually, when I am taking photos, I tend to visualize how I would like the photo to look in the end. Black and white, a painting, soft and dreamy, etc. Presets can also be helpful as they can spark an idea and sometimes give a look that may not have even come to mind.

So with that said, do you use LR presets? Have you paid for any? Which ones? When I signed up for LR last year, I was thinking of getting RNI films and Mastin Labs (I love the film look for some of my photos) and I also read about Presets from Sleeklens and SLR Lounge. I haven't bought any yet as I have been using the ones that came with LR. I do use NIK and Topaz Studio, too. Just wondering what everyone thought and used for Presets, that's all.

I have a few free ones. You could easily just watch a few videos and create your own.

The download presets are great for when you start learning. Eventually you should step out your comfort zone and experiment.
Comment

I have a default import preset that picks my camera profile and a few other things. So very frequent use of that preset. But very rare use of presets from others. Much greater use of profiles and LUTs.
Comment

I much prefer doing my own editing. As far as I’m concerned there is no shortcut to apply. Each photo is different and requires different things.

I do create colour correction profiles using my CC passport but that’s not the same thing.
Reactions: MacNut and crf8
Comment

I think presets are a great way of learning Lightroom because you can instantly see what the author has done. The big benefit of Lightroom though is the freedom of doing your own thing rather than a pre-packaged ‘filter’. Have a look at profiles and LUTs too.

Personally I do a lot of editing in Photoshop so I only do basic corrections in Lightroom before exporting. I will create my own colour grading for each shoot and add this to the whole set as an adjustment layer in Photoshop.
Reactions: kenoh, robgendreau and kgphotos
Comment

When I first started photography, I largely learned how to hand edit. I think everyone should learn how to hand edit, whether in LR (or another raw editor) or in ACR/PS (or any other comparable program). I do not think new photographers should start amassing presets/actions without any knowledge of how they work or how to tweak them. A year or two into my journey I bought a bunch of VSCO presets (when they sold them for LR - now they only sell mobile presets). I started using any number of them on a somewhat random basis and the end result made my overall image portfolio look very mishmash. There was no cohesion among my work and I ended up abandoning them because I didn't feel like they matched what I wanted to say. After that I went for many years hand editing only (based from my personally made presets).

Within the past month or two I took a street photography class; the instructor uses a specific preset pack for her images, and I fell in love with the processing. I studied her images for several weeks, as well as the preset page before purchasing, and I did ultimately purchase them. I have been using them for a couple of weeks now, and I really like the edits I am getting from them. I like them because they look natural and they look like edits I would have personally made, but the color tweaking in the HSL tabs is already done for me. I do tweak a bit still, but at this point in my journey, I really needed a creative boost from using something slightly out of the ordinary from my "norm." That said, I am careful to make sure I am using the same presets on a series of similar images and am also cognizant that I want images from different days and locations to still look cohesive, in that the same photographer shot and edited them, even if a different preset was used.
Reactions: kenoh and kgphotos
Comment
K

Everyone has a valid point regarding the use of presets. Thanks all for responding! Presets can be handy if you know how they work. Some people like them, some don't. When I import my photos, sometimes I will see what a preset will do to my photo by scrolling down the list. I do my own edits first and then if I want to, apply the preset. I don't rely on them when I edit my photos.


mollyc said:
I think everyone should learn how to hand edit, whether in LR (or another raw editor) or in ACR/PS (or any other comparable program). I do not think new photographers should start amassing presets/actions without any knowledge of how they work or how to tweak them.
Click to expand...

I totally agree with this. When I got back into photography in 2012, I bought Aperture (I really miss that app) and I learned how to edit. I bought some books and watched videos on how each tool works. Through time, I began to see my work paid off. If I had just bought presets, then I wouldn't have learned much of anything, because I would not know what the meaning of the shadows, highlights, or HSL sliders do


Apple fanboy said:
I much prefer doing my own editing. As far as I’m concerned there is no shortcut to apply. Each photo is different and requires different things.

I do my own editing too, but sometimes when I go to the preset tab there will be a preset that may give my photo a more creative effect. What I do is create a virtual copy of the photo that I want to add the preset to and see if it works. It gives me the opportunity to see how the look is created. And thus, I learned something.
Comment
D

kgphotos said:
Hi all. I was reading an article that discussed whether paying for Lightroom Presets is good. The article basically said paying for LR Presets is a waste because they don't allow for creativity. ...
Click to expand...

Paying for presets, as opposed to creating your own or using free presets, has absolutely nothing to do with their usefulness and their impact on creativity, period.
Reactions: mollyc and robgendreau
Comment
R

I think the author that said presets don't allow for creativity didn't understand how presets work. One can use them as just a starting point, or just for inspiration without even applying them. I frequently find myself saying hmm, I hadn't thought of that... as I go through them. Perhaps the author wasn't aware that Adobe applies some adjustments by default, so having a preset to even zero out stuff can be handy, whether you buy it or make it.

Secondly, some presets are just better than most of use can do ourselves for certain purposes. The film ones that VSCO did in the past are a good example. I don't have enough old scans of film or the chops to nail some of the film types as well as they did. So if you need film replication, either get good at DIY or pay for them. I've also purchased infrared presets because doing them all by eye and hand for various filter combinations is a chore, and $15 to Anthony Morganti was a much better use of my time.

Third, some preset vendors now do profiles as well, with some complex changes, looks, and LUTs incorporated therein. I don't have the skill in Photoshop or the knowledge to create some of the more complex effects others have created, so until I do getting some for say Technicolor is again a better use of my time.

And finally, I do it to support some online developers. For example, I've used a lot of the help at lonelyspeck.com for astro work. For free. So spending a few dollars to pay him back by buying his presets is my way of saying "thanks." And his presets have been fun to use.
Reactions: Darmok N Jalad
Comment

IMHO, profiles make a better starting point that presets. Of course use both to get the desired result before sending the image to Photoshop or a plugin for the final edits.
Comment

I have a couple LR presets that I purchased awhile ago. I still use them on occasion, but not as much as when I originally purchased them. Plus, I like to add my own unique processing touch to each image I process. But there definitely are some useful presets out there (depending on what you shoot).
Comment

The enjoyment for me is editing my own photos. A preset will be a set color that someone else used on a photo that probably will have no use on my image.

If you want to use someone else's presets just go down to Walgreens and use the kiosk.
Last edited: Jul 25, 2019
Reactions: MCAsan
Comment

I just saw an article on this one myself. One of the arguments for using them is time savings, which can be a valid reason if you don't have much time.

If you've ever messed with Luminar, it basically has a whole bundle of customizable presets built in. When I first tried this program as I started getting more serious about post-processing, it was honestly a little overwhelming, so I went the tradition LR route. Now that I am looking for a LR substitute, I tried it again, and it's really not as intimidating. Now I understand what it's doing when it adjusts all the standard editing sliders. I tend to focus heavily on realism in my photos, so these presets actually help me expand my imagination. I often think that moving a slider too far is either cheating the situation or it's going to be too much processing. The presets show me that this isn't always the case if you are going for a different look. Take the shot below. I would probably have not achieved this look on my own, but it was just one of many random presets in Luminar. 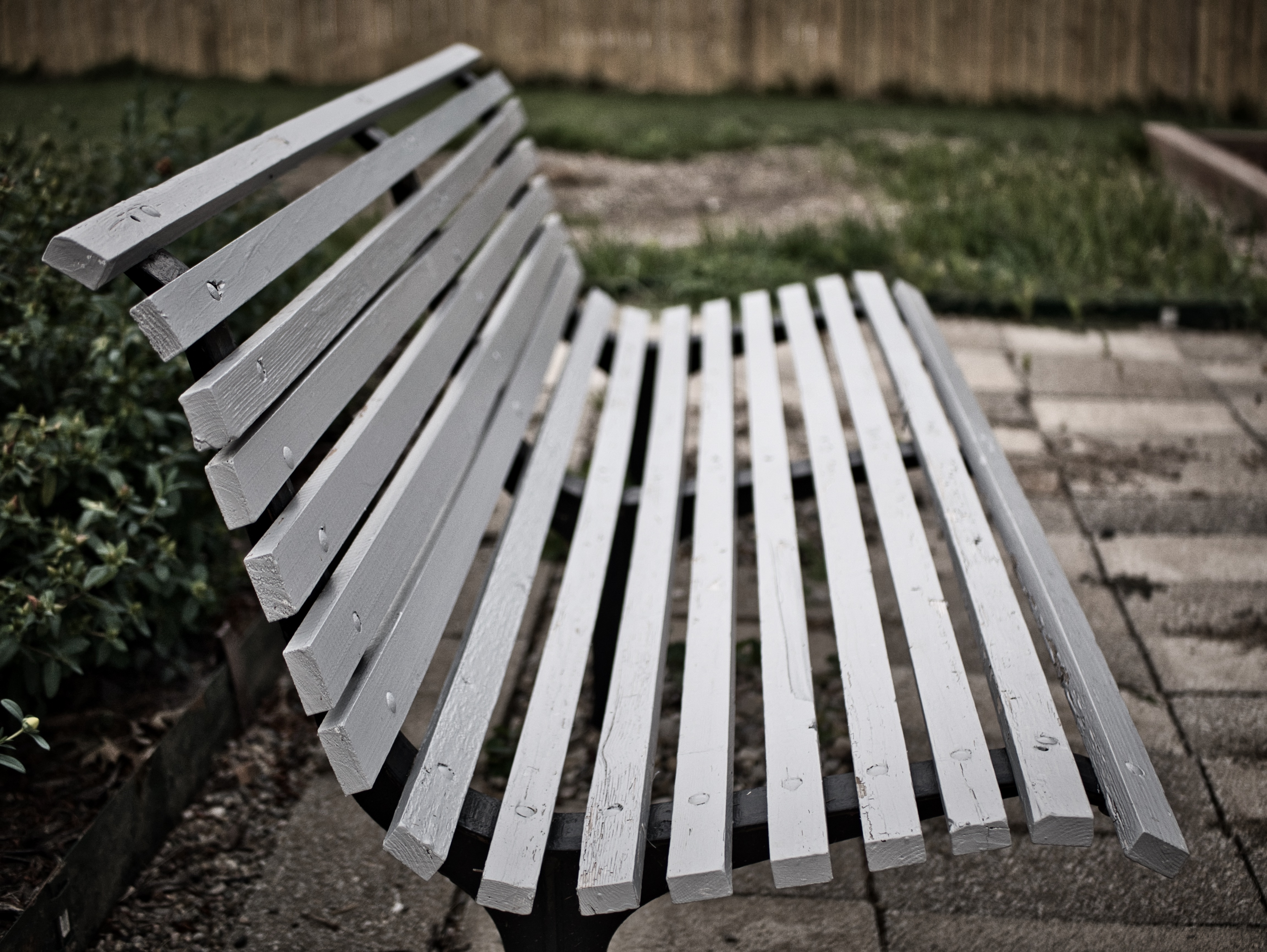