The 1T HDD is dead due to hardware failure.

Is there a file in macOS similar to /etc/fstab in Linux where I can prevent this dead 1TB HDD from mounting?

I'd like to effectively disable/ignore this dead drive without needing to take it apart. 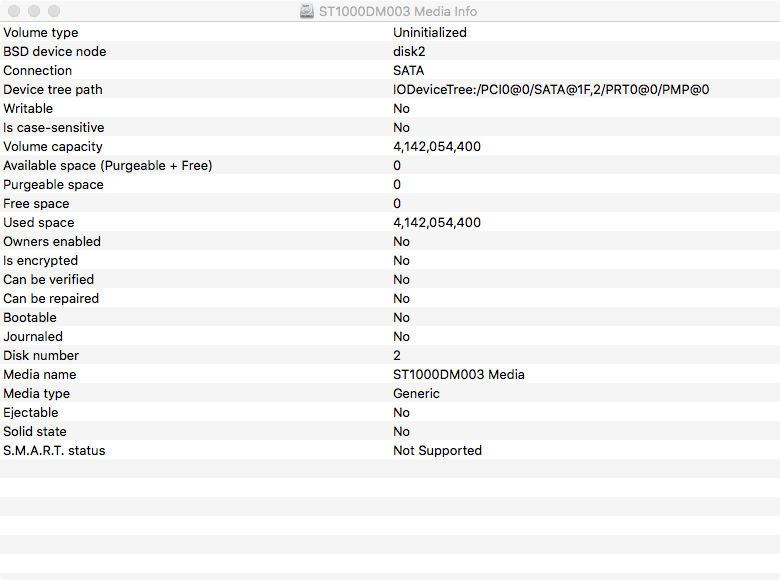 What happens when you boot from the SSD?
Do you get "right to the finder"?
Or... does the failed HDD "hang things up", slow down the normal boot process?

If the iMac "boots right up" to the login/finder right now -- ignoring the failed HDD in the process -- I'd just "leave it be". Kind of "dead... in place".

Just wondering...
The drive shows as "uninitialized".
Does it spin up?
Will Disk Utility "touch it"?
Can it be erased to Mac format again?
H

I hear the spindle drive spin up or hear a beep. It boots normally. And I get this error message

Try to ignore if it boots and is all your operating systems and applications stored on the Blade Drive? If not, maybe an external SSD connected via USB3 with everything cloned to it and selected as the Boot Drive in System Preferences > Startup Disk may solve your problems.

OP wrote in #3 above:
"I hear the spindle drive spin up or hear a beep. It boots normally. And I get this error message"

What happens if you click "initialize"?
(Do this ONLY if you are not worried about losing any data on the drive!)

Does the initialization succeed?
Or... does the process fail with an error message?

IF the drive DOES initialize properly, I'd run Disk Utility's "repair disk" function on it.
IF DU "gave a good report", I'd REPEAT the repair disk function about TEN TIMES in succession.
IF I got a good report each and every time, I'd keep using the drive.
BUT... I'd keep "a good backup" within arm's reach, just in case...
Last edited: May 26, 2018
H 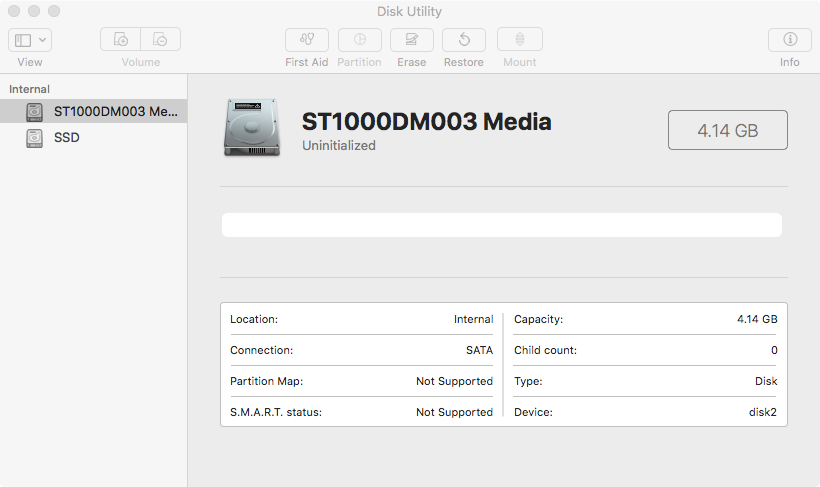 > Does the initialization succeed? 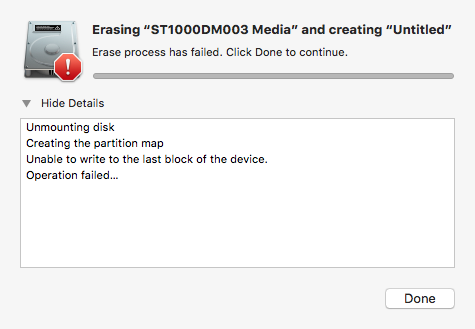 I'd just leave the failed HDD "dead, in place".
When presented with the question "ignore" or "eject", choose whichever one works best.

Then I'd buy an external USB3 drive (either HDD or SSD) and use that for additional storage.

When that non-functioning drive starts to interfere with a normal boot (which it might at some point, hard to predict), then you may have more problems, such as failing to boot at all. I have seen internal drives fail to that point, where it makes using the Mac a real chore, and the (dead) hard drive fights you every step of the way.

Depends on how annoyed you get - but you may find that you eventually have to open up the iMac, and remove that like pulling a decayed tooth. You COULD just disconnect the drive, but you would then be at the place where you could remove it with only a few more seconds of effort.

It looks like it tried to format the disk but couldn't complete the process.

Perhaps formatting to some other non-OS X format such as FAT might either complete, or at least leave the disk as a non-bootable option which might be ignored on startup.
Reactions: Fishrrman

hfg said:
It looks like it tried to format the disk but couldn't complete the process.

Perhaps formatting to some other non-OS X format such as FAT might either complete, or at least leave the disk as a non-bootable option which might be ignored on startup.
Click to expand...

When the disk is reporting an incorrect size and doesn't list SMART status at all, as in this case, you can be sure the drive has failed completely.
W

What I think the OP is asking, also I need, is any way to tell MacOS to ignore that SATA drive bay completely at startup to avoid boot issues (as I have). Anyone any ideas?

To answer what I think the original question is -- If you use system preferences to set the startup disk to a external boot drive and not the failed drive wouldn't this solve the problem of getting an error message? Or, are you asking about a fusion drive and want to separate and use the ssd part while ignoring the spin drive?

If the iMac performed some function that checks for the presence of storage devices, then the "dead" device will be sensed as a possible device - which will fail, and the error is triggered. Can you make a script that would prevent devices on the internal SATA bus from mounting? I think so - but wouldn't that also disable the (working) SSD, also on the SATA bus? I think it would (although I don't know much about fstab, or other kinds of commands that control access to a bus.)
I think there are enough possibilities for failure, that it would be more practical to eliminate the annoyance by disconnecting the bad drive.
You must log in or register to reply here.
Share:
Facebook Twitter Reddit Email Share Link
Register on MacRumors! This sidebar will go away, and you'll see fewer ads.
Sign Up
Top Bottom