Plex opened up a new source of iOS movies for me: Blu-Rays

Over the weekend I've been tinkering with Plex, a media server/streaming service. I've used it before, but always stopped using it after being annoyed with one thing or the other. This time, however, it seems that these have been fixed.

Plex is based on the idea that a computer or server hosts your "dumb" video files, which are then scanned, sorted, and presented in a metadata-rich library that supports a lot of nice features. You can play back your files on pretty much any device, including iOS devices. The server can transcode to formats that fit your device/bandwidth/etc, sync these files so they're stored locally, let one device be the remote for another, etc.

The biggest revelation for me was when a friend and master Plex user showed me how to get Blu-Rays into the thing, and subsequently onto an iPad. I've always avoided Blu-Rays in favor of iTunes movies due to the fact physical discs seem so pointless to me. I have all of Star Trek TNG Remastered on Blu-Ray, however, along with ST: First Contact and a USB Blu-Ray drive I bought just for that - so I had some discs to play around with.

Basically it works like this: Using makemkv, the contents of the Blu-Ray are moved into separate .MKV files for each "title" on the disc, and saved on my hard drive. This is purely a file copy and repacking operation, so it doesn't take up many resources on your computer, only disc drive and disk. This outputs a .mkv file for each separate video on the disc, which can be TV episodes, movie, extras, etc. The original format is kept, so the files are large(!). Star Trek First Contact resulted in one main file, the movie, and 24 other video files - extras and featurettes. Total size: 36GB. If you cut out audio tracks and subtitles from languages you don't need, that will help reduce the size. Note that it won't take up that much space on your iPad, as even if you save a local copy, you can have that transcoded into something more sane.

Then the process of checking each file and renaming it appropriately begins. The main movie is named with title + year, and extras are named whatever as long as you tag the extra type - by adding e.g. -interview, -featurette, or -behindthescenes. Basically, I just go through all the files, match them with a list of extras, and rename them as such.

Once all this is done, I update Plex, and it scans it into the library. Extras show up as extras, subtitles and audio tracks work, etc. On the iPad, I can then play back directly, including choosing what bitrate and resolution I want if I want the server to transcode it. I can also "sync" the file, i.e. store it locally on the iPad - in any res/bitrate format I want.

For me, this is a gamechanger. If you own a legal copy of a disc, you are legally allowed to make digital copies of it in my country, so this gives me a way to buy otherwise useless Blu-Rays and have legal digital copies on the devices I actually use. The size of the files does mean some storage upgrades are in order, but that's fine.

I've been checking iTunes way too often to see if there are sales on movies, and often find they cost a lot more digitally than on Blu-Ray or DVD. This completely eliminates the need to do that, as I can buy the disc, make a digital copy, and then have access to it on any device. 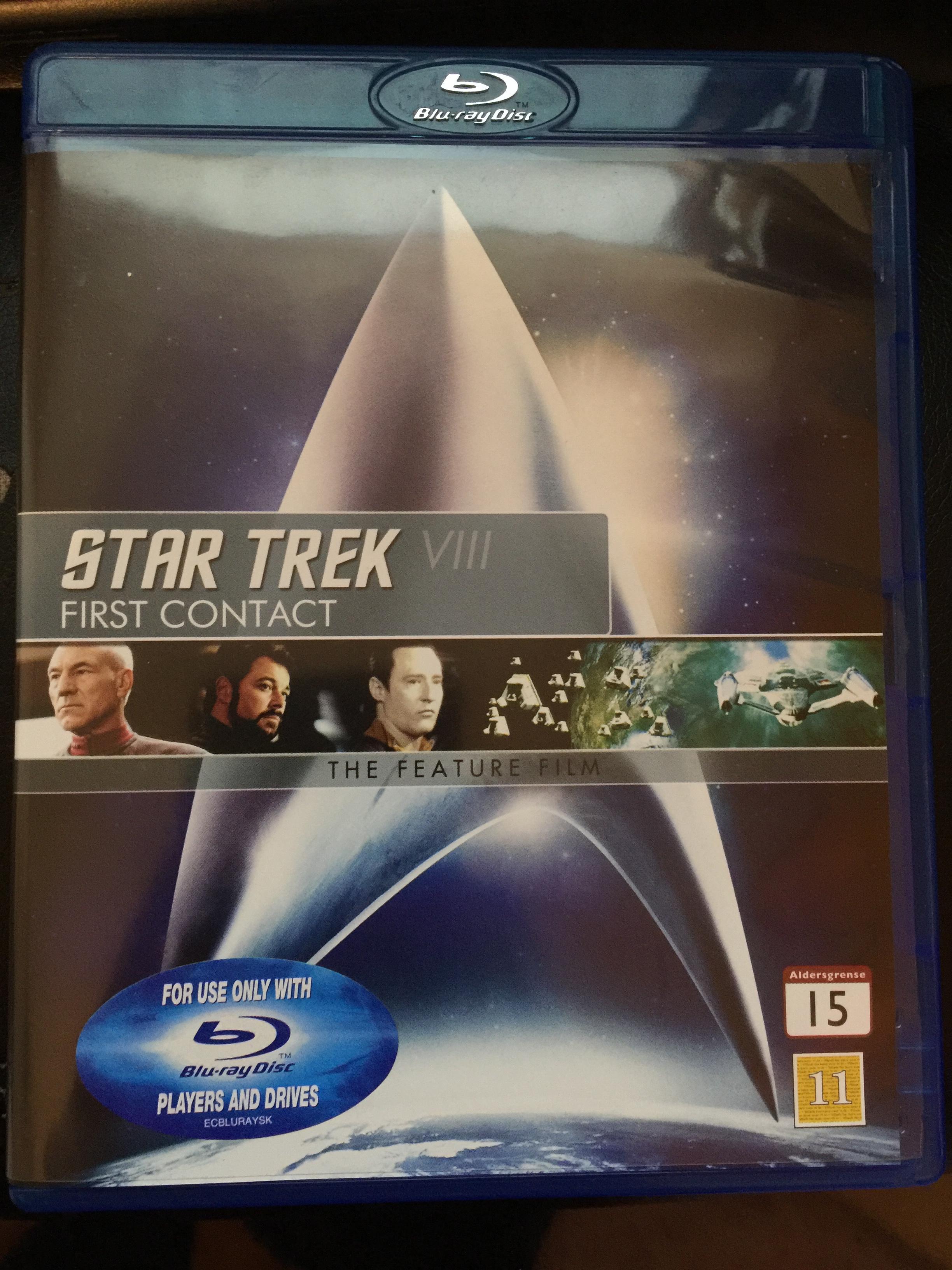 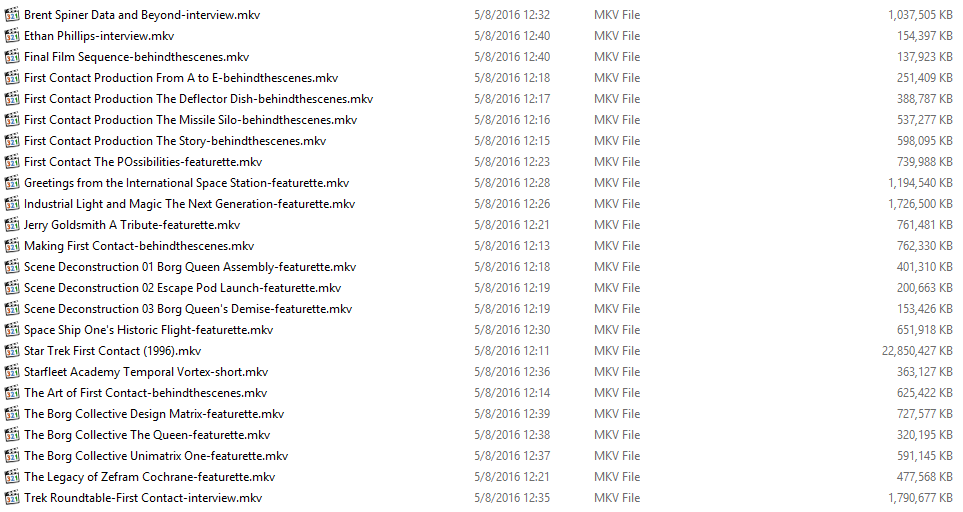 After makemkv has done its job, and I've renamed the results 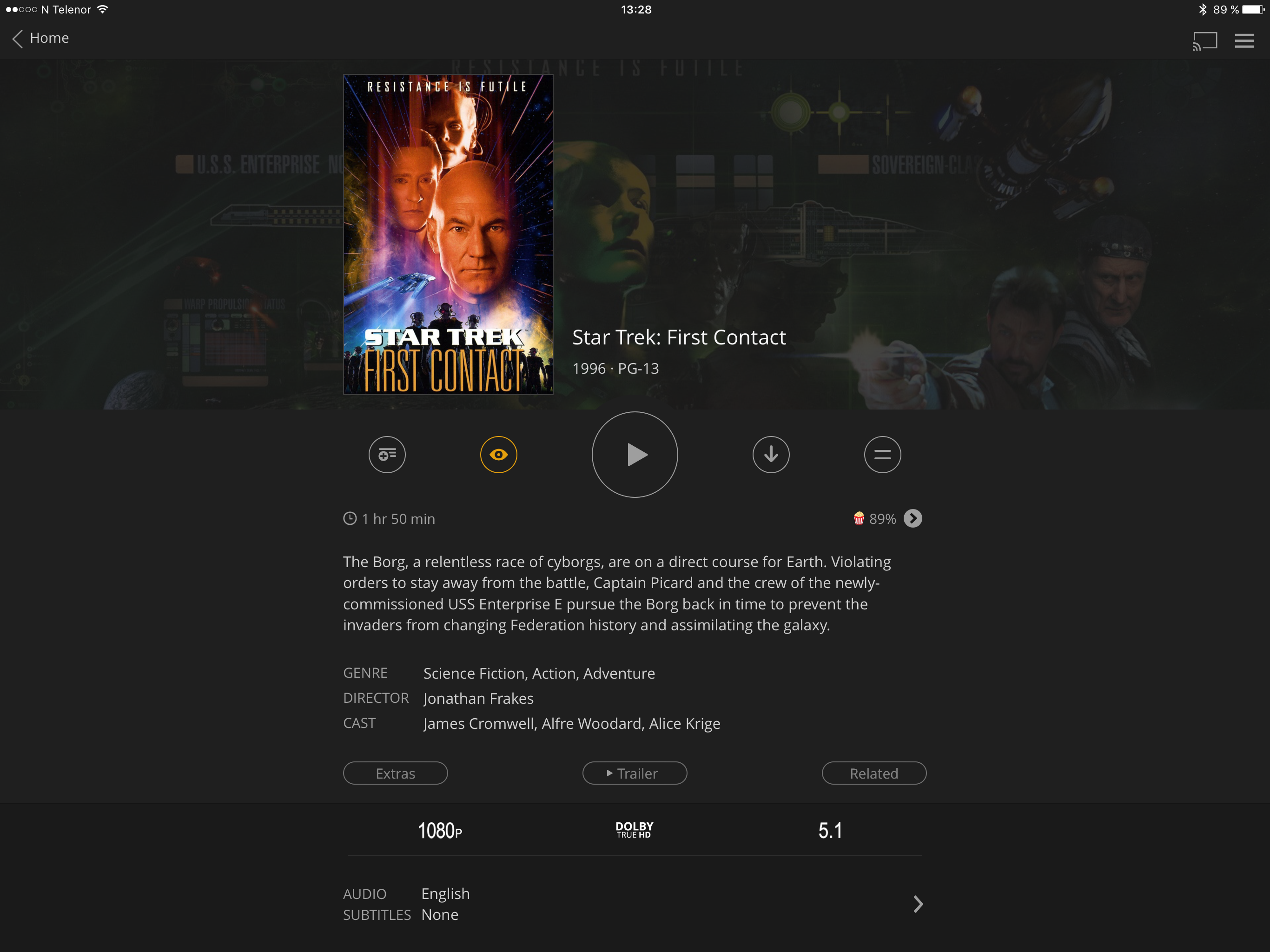 After plex has scanned it into library. View on iPad Pro 12.9. 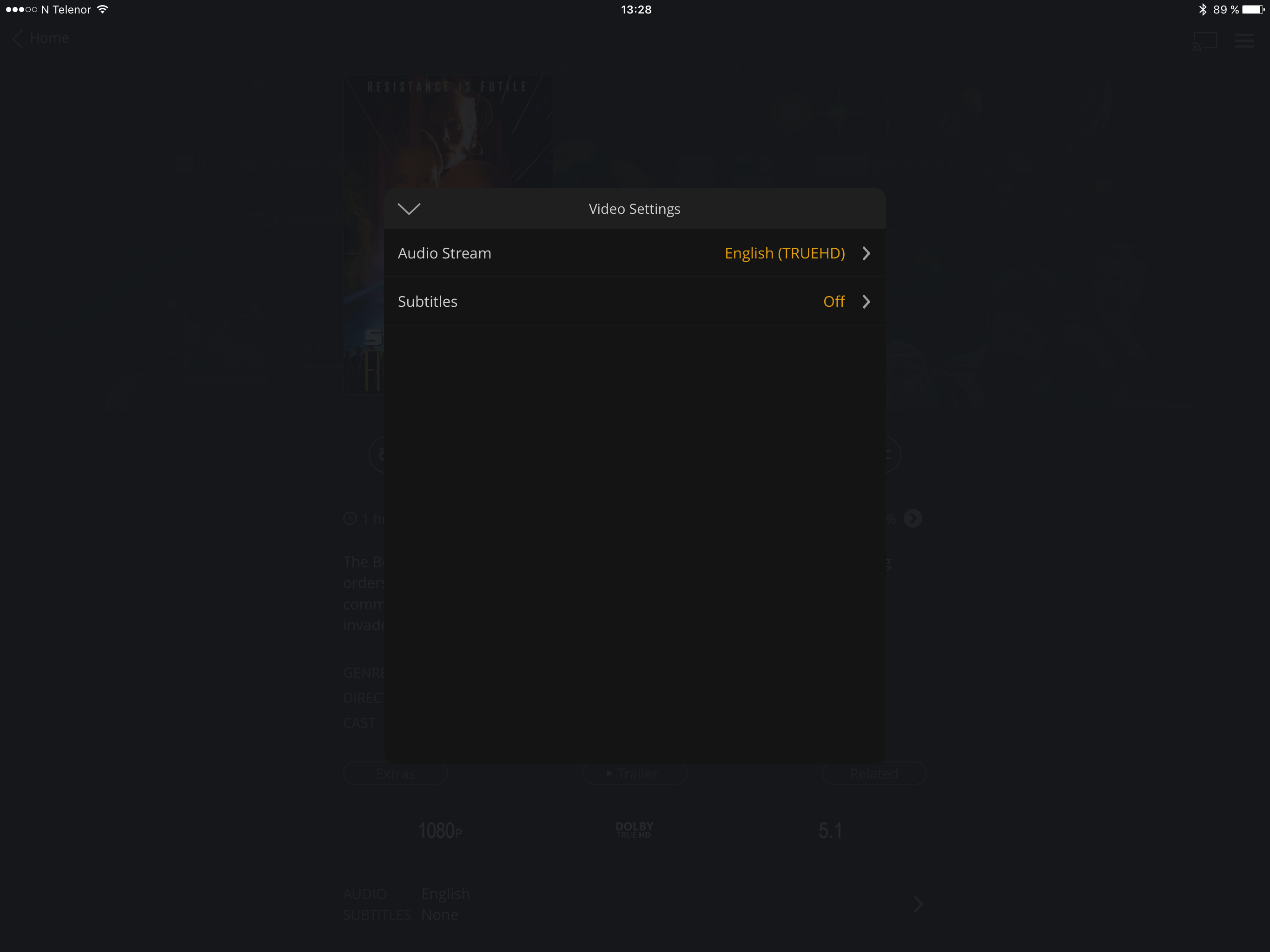 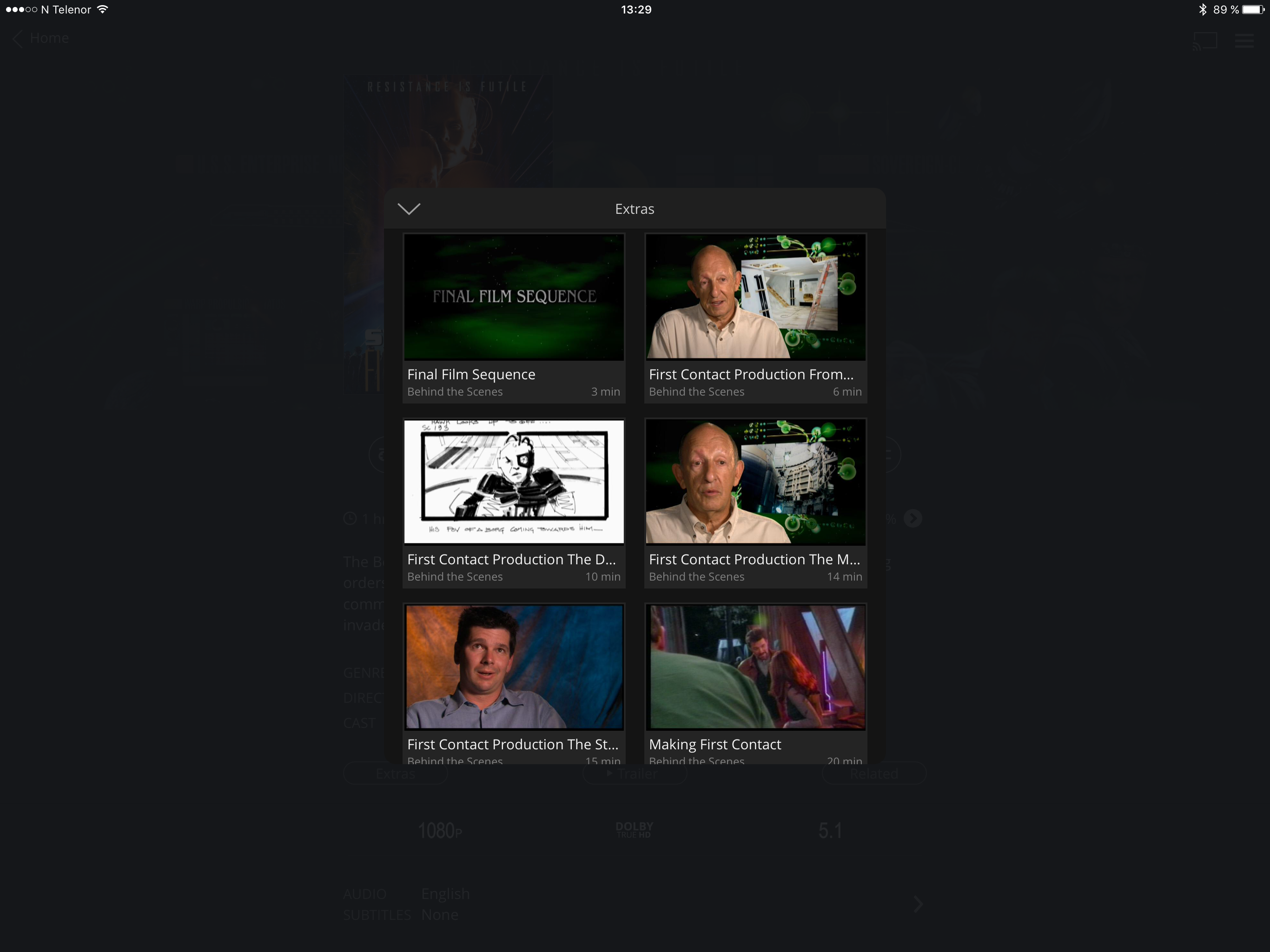 Extras show up if tagged correctly 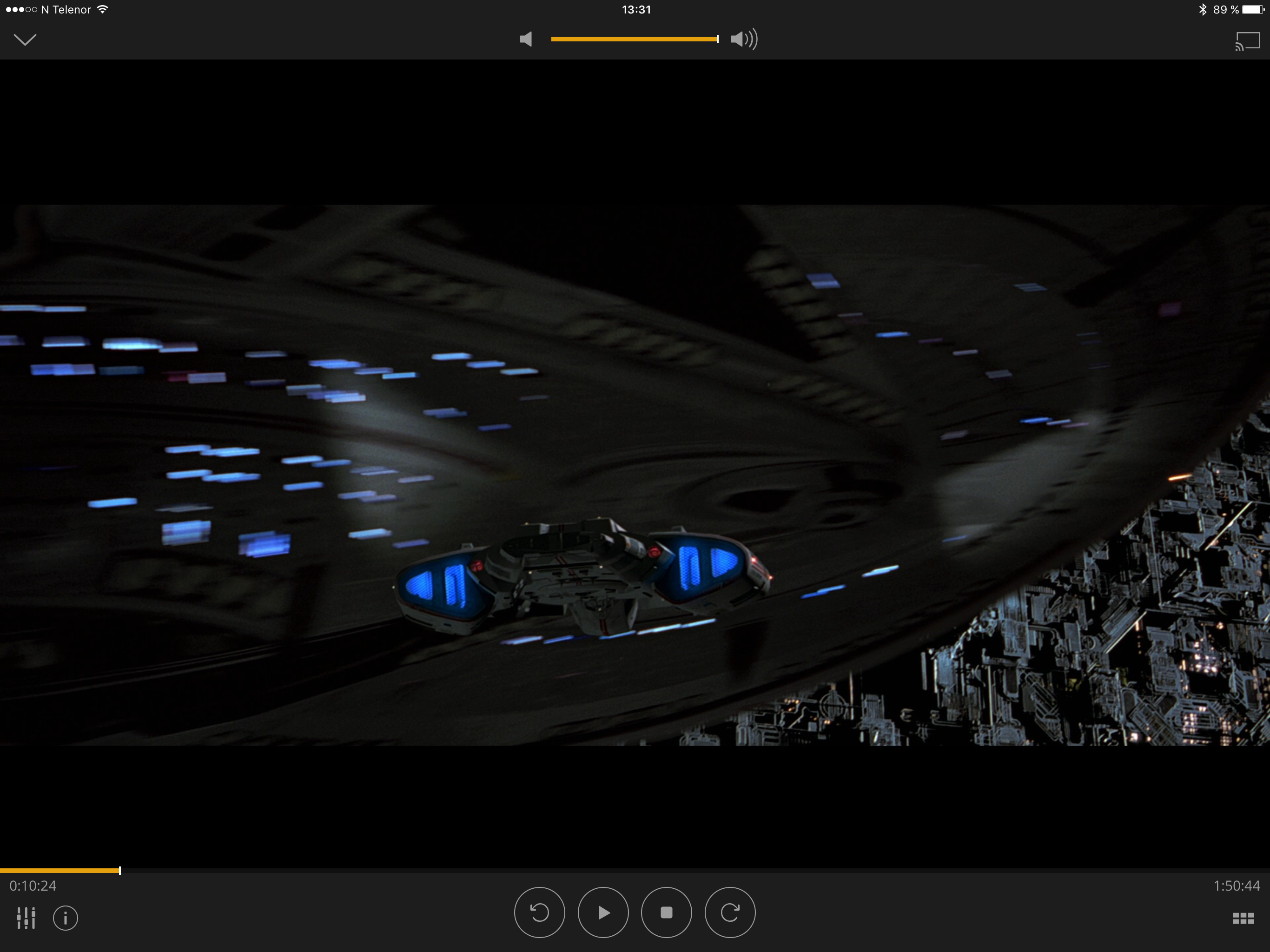 OMG it's the Enterprise! 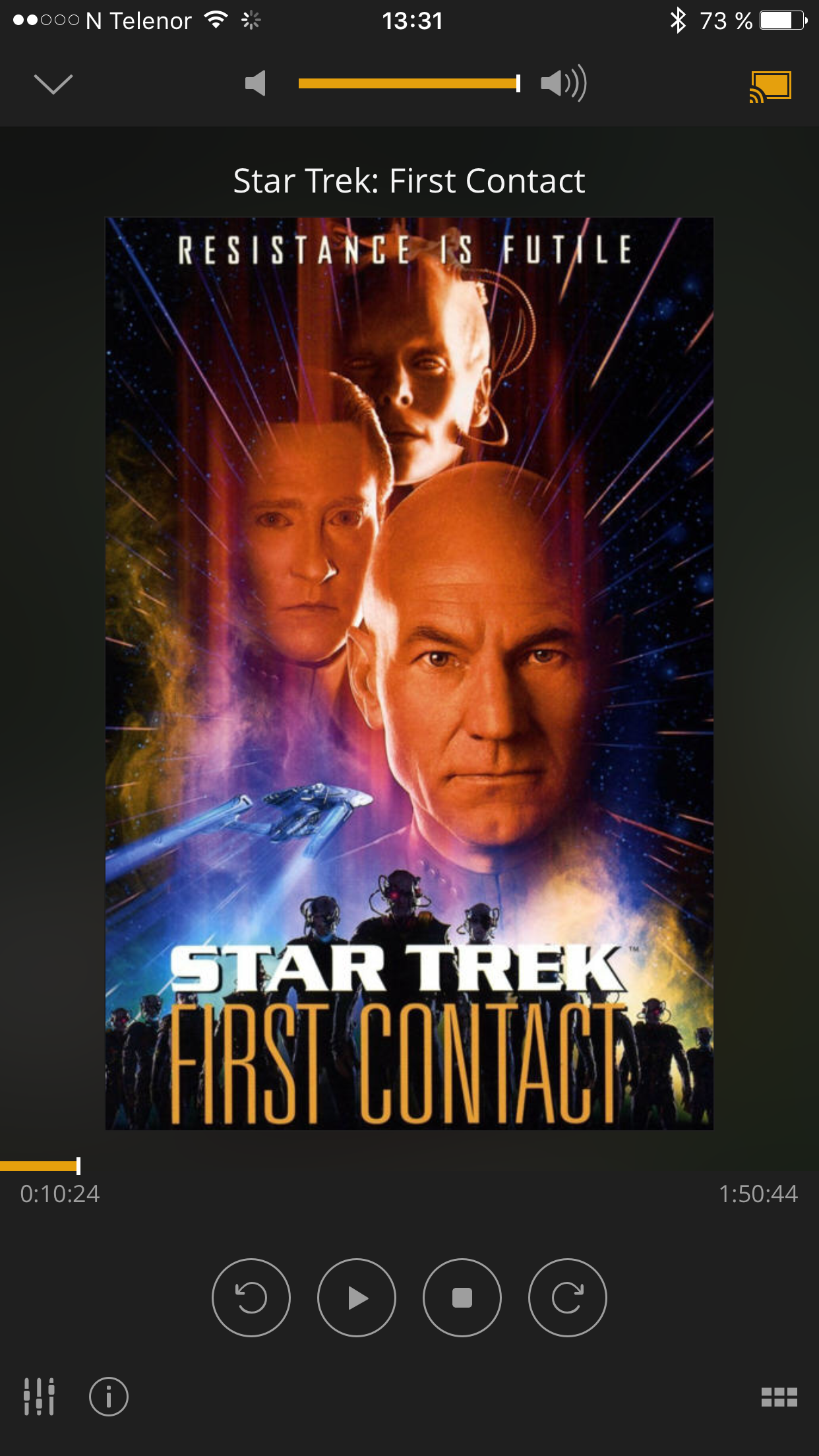 I installed Linux on a old PC my dad owned just for Plex. So far it works pretty good. I'm currently just ripping my old DVD collection with Handbrake. I can watch the videos with VLC player just too cheap to buy the Plex software since I really don't use it much. BTW I haven't had a lot of success with VLC on the Mac but it works well on iOS and I think my ATV 4.
7

I use Plex and also use Plex connect to stream content to my Apple TV. I can watch my shows or listen to music by connecting at home from anywhere.

I've used Plex for years, but only with TV-series, not movies.
I knew that this was theoretically possible, and I've seen guides, but this was really well explained so now I might actually do it...

tofagerl said:
I've used Plex for years, but only with TV-series, not movies.
I knew that this was theoretically possible, and I've seen guides, but this was really well explained so now I might actually do it...

I haven't looked into whether there are any tools for that. There might be. In any case, I ended up deleting some extras, and get a good overview over what was there, which made the few minutes spent doing it worthwhile. If you only do the movie and not the extras, it's also just one file.

I'm a big fan of Plex. I use handbrake and subler to rip and tag my videos.
S

Years ago, I used to use Plex / Air Video server etc.. I was really overjoyed with the transcoding and all. However once I found that I can just dump all my videos in my NAS and play them raw using nPlayer or infuse directly off the NAS.. without any intermediate server, I was overjoyed.