Today marks the fifth anniversary of Pokémon GO launching on iPhone, allowing people to get out in the world and catch Pokémon using augmented reality, and developer Niantic is celebrating with several in-app events over the next week and a bit. 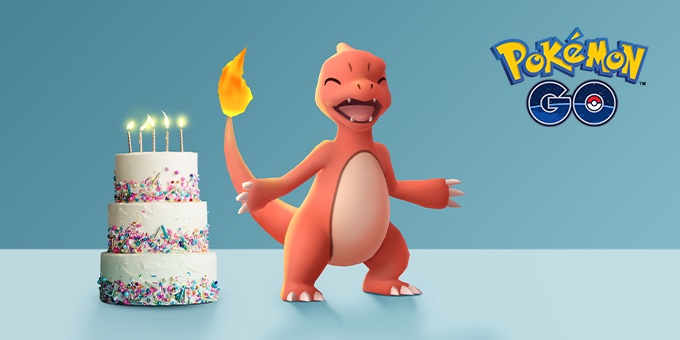 Between Tuesday, July 6 at 10:00 a.m. and Thursday, July 15 at 8:00 p.m. local time, players will have the chance to capture a Flying Pikachu with a 5-shaped balloon in the wild, and Darumaka will also be appearing more frequently. Fireworks will also be returning to the Pokémon GO map in celebration of the fifth anniversary of the game.

Niantic outlined the complete in-game events and bonuses that will be available during the celebration week in a blog post. Players are advised to be aware of their surroundings and follow guidelines from local health authorities when playing Pokémon GO.

Pokémon GO has received several major updates over the last five years, including an improved AR+ experience, Raid Battles, Field Research, and more. The game can be downloaded for free on the App Store, with PokéCoins and other in-app purchases available.

Anyone out there still playing this and meeting up at the park to catch Pokémon?

Over 150 million users and $1 billion in revenue last year - take a guess.
Reactions: DeepIn2U, obamtl, SBlue1 and 21 others

Are they really charging to participate in a bday event? Not sure who is more stupid, those devs or the users, supporting it.
I stopped playing about a year ago, when I couldn’t relate to those newer Pokémon generations anymore
Reactions: AbsoluteAnointedOne
M

There must be more map data to collect...

It's like a mapping captcha disguised as a game!

I have never played this game. I do see a lot of folks at the park who appear to be playing this game.

contacos said:
Are they really charging to participate in a bday event? Not sure who is more stupid, those devs or the users, supporting it.
I stopped playing about a year ago, when I couldn’t relate to those newer Pokémon generations anymore
Click to expand...

People who are fanbois will blindly support anything, just look at this website
Reactions: LordVic, Tim Apple’s Glasses, GenesisST and 10 others
C

Yes people still play. During the pandemic people played more so. Game is still going strong. Knew it would only be a matter of minutes before someone asked
Reactions: DeepIn2U, 211, thermal and 2 others

Registered users are not active users and the billion comes from the same 10 people still playing this game.
Reactions: freedomlinux, cashboxz02, obamtl and 9 others
M

Reactions: DeepIn2U, obamtl, SBlue1 and 12 others

A billion is coming from 10 people? I guess Gates, Cook, Zuck and Bezos are among them?
Last edited: Jul 5, 2021
Reactions: DeepIn2U, Hammerd, obamtl and 12 others

contacos said:
Are they really charging to participate in a bday event? Not sure who is more stupid, those devs or the users, supporting it.
I stopped playing about a year ago, when I couldn’t relate to those newer Pokémon generations anymore
Click to expand...

Because no other games or apps make money off of in app purchases? Also I don't think this 5th birthday event is a pay to play one but if it is people have the choice to pay and participate or not. POGO does take advantage of FOMO for sure though. But I'm guessing lots of other games and apps do as well.
Reactions: PC_tech
I

Yes, I do. Nearing Level 42 and don't make in app purchases. Gets me out walking.
Reactions: freedomlinux, obamtl, SBlue1 and 16 others

I live in NYC and there are huge discord community where people can connect with other pogo players. If you ever head to Byrant park/central park you'd be lying if you couldn't spot a pogo player.
Last edited: Jul 5, 2021
Reactions: obamtl, michaelnugent, 211 and 6 others

i am in multiple chats for Pokémon Go players, locally. Tons of players have been there since day 1, including me. My primary group is about 700 active players.

Changing jobs (before the pandemic) reduced my time greatly because my new job was not anywhere near anything useful in PoGo. Remote raids helped me a lot when they were introduced.

I play a little each day to complete tasks and get my daily sticker. I don’t spend a lot of money, but I will spend $10 here or there. Mostly to get incubators.

I’ve missed out on more recent legendary and unique Pokémon and I’ve never done Go Fest. I enjoy the game. Lots of people were playing went I went downtown on Saturday with my kids. We were doing other stuff, but I still got my shiny tepig and evolved it before community day was over.

They aren’t charging for the 5-year event. It’s just a flying pikachu, a Darumaka, and some other stuff that everybody can get.

People have always been haters towards this game. I don’t care. I enjoy it and so do many people in my community.
Reactions: DeepIn2U, docziandras, obamtl and 9 others
W

As others have said, yes, there are still tons of players. Auckland has a thriving Pokemon GO community and the Gym turnover is frequent, implying multiple players in a small area. Lots of active Discord channels too for different areas of the supercity. I can understand leaving the game after they introduced Pokemon you don't recognize, but I've played all the console games from the beginning so recognize most of them. The game also now syncs with Pokemon Home, which syncs with Pokemon Sword/Shield, so you can catch something in Pokemon GO and send it to your console games.

I have never paid a cent since the game released. And I know people who have paid for event tickets and they seem to have no regrets. Have you played for a World of Warcraft subscription before? Or DLC for your favourite game? There's no difference unless you're just buying coins all the time, which is really the worst way to play the game anyway because it's totally unnecessary.
Reactions: DeepIn2U, Alfredo_Delgado, JGIGS and 1 other person

Now there's an app that is a Very Good Fit for the Audience of the iOS App Store !
Reactions: DeepIn2U

I liked it when this game came out. It was pretty fun watching hordes of zombies milling around parks and other public spaces.
Last edited: Jul 5, 2021

No regrets in either time or money invested in this game. It gets me out walking, connecting with the local community and even making friends. It's also a great partner activity should any of you ever get gfs.
Reactions: Arcus, Tim Apple’s Glasses, moobatticus and 4 others
M

my gosh time flies. can't believe this game came out 5 years ago.
A 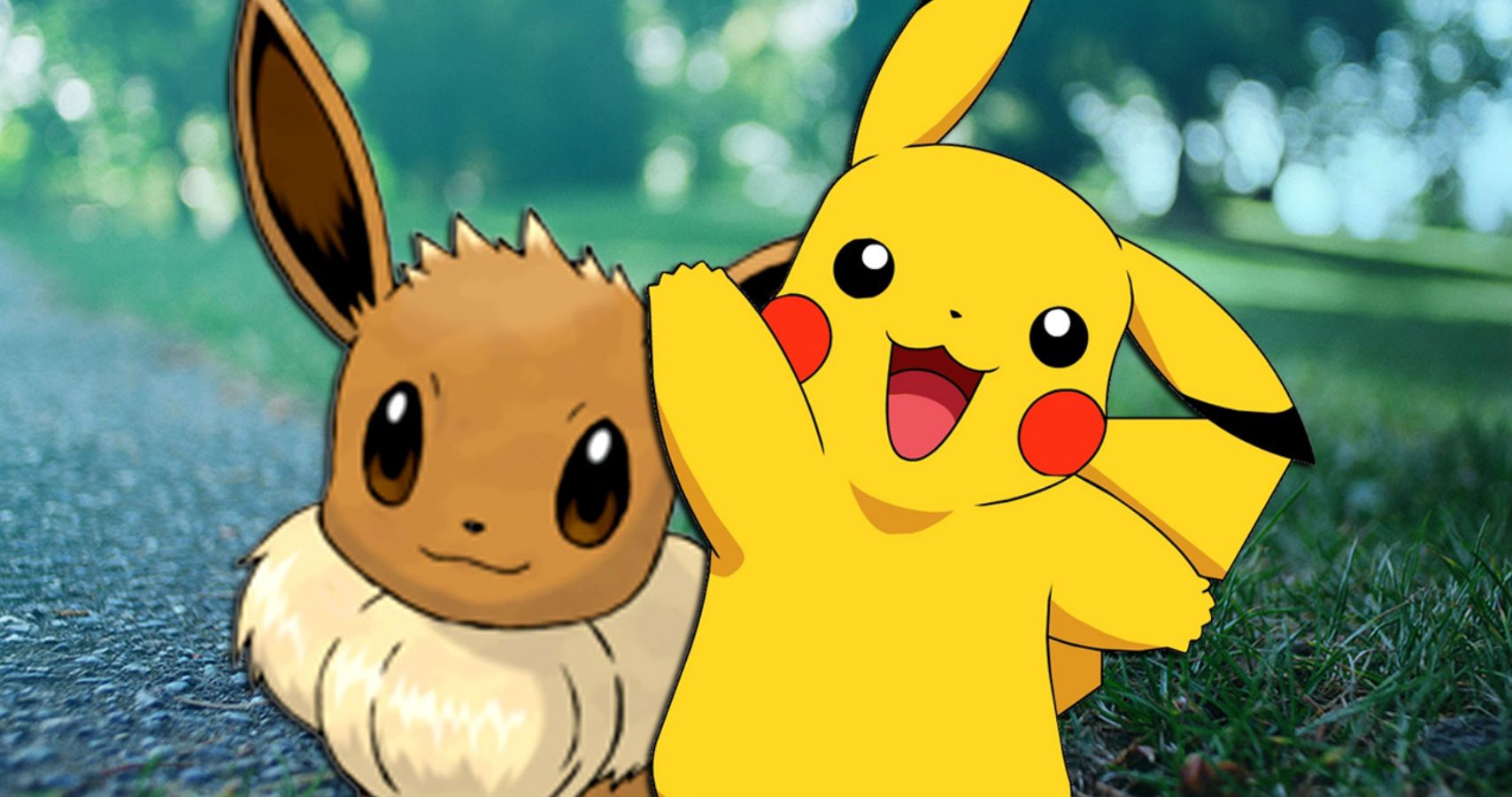 Pokémon Is The Highest Grossing Media Franchise Of All Time

Pokémon has been officially named the highest grossing media franchise of all time, earning an incredible $95 billion since 1996.

People play everything Pokémon. Pikachu has better worldwide recognition than Mickey Mouse. Researchers have gone into remote villages in the Amazon and they know what a Pikachu is.
Last edited: Jul 6, 2021
Reactions: Tim Apple’s Glasses, headlessmike and ErikGrim
T