Pokémon Go finally launched in Japan this morning after the game's release was delayed following an email leak about the developer's sponsored retail partnerships.

Social media excitement reached a peak on Niantic's announcement that it was "finally broadcasting" in the game's birthplace, over two weeks after it was released in the U.S., Australia and New Zealand. Pokémon Go is now available in over 30 countries. 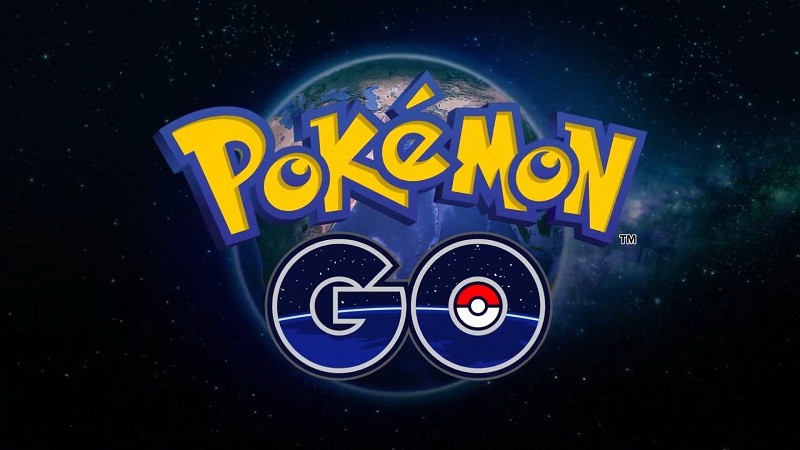 The McDonalds sponsorship deal leaked earlier this week is expected to usher in a flurry of business at fast food restaurants around the country as players queue up to capture monsters and train characters at official "gyms".

Wary of the game's popularity, McDonalds has warned players "not to become a bother to customers who are eating", while Japanese authorities have issued safety guidelines in cartoon form for young Pokémon Go players.

The country's National Centre of Incident Readiness and Strategy for Cybersecurity called on users to bring spare batteries with their smartphones to prepare for emergency communications and to refrain from using their phones while walking.

In the U.S., Pokémon Go had 21 million active users less than two weeks after the game was launched. According to brokerage Needham & Co, Apple is set to make $3 billion in revenue from the game's in-app purchases in the next one or two years.

Pokémon Go's ratio of paid users to total users is said to be 10 times that of Candy Crush, which generated over $1 billion of revenue in both 2013 and 2014. Apple's shares have gained 5 percent market value - about $25 billion - since the launch of Pokémon Go on July 6.

Is it a coincidence that servers are currently down? Yipee!

MacRumors said:
According to brokerage Needham & Co, Apple is set to make $3 billion in revenue from the game's in-app purchases in the next one or two years.
Click to expand...

MacRumors said:
Apple's shares have gained 5 percent market value - about $25 billion - since the launch of Pokémon Go on July 6.
Click to expand...

And... MR members keep saying they're sick and tired of seeing articles about Pokémon Go since it has nothing to do with Apple.
Reactions: username: and CarlJ

In Canada I was able to get the game using my U.S. account with the U.S. iTunes store. No server problems UNTIL it officially launched in the country now it's sometimes difficult to login and play. =P
A

Pokemon go has 10x more users than candy crush therefore it will make 10x the revenue? LOL great analysis there.

That assumption of $3 billion in revenue is a pipe dream. That's IF they maintain the same growth and usage throughout that entire time. That's something no game has ever done and it's simply not going to happen.

We're already seeing time spent and usage of the Pokemon app fall in the US. People simply aren't going to go outside and walk around day after day for weeks, months, or years to come. Throw in winter and there's no way we're going to see the growth of this app continue as it has in the first couple weeks.
[doublepost=1469191634][/doublepost]

JayJohnPaul said:
And... MR members keep saying they're sick and tired of seeing articles about Pokémon Go since it has nothing to do with Apple.
Click to expand...

These two things are not necessarily related. As Lisa Simpson pointed out, just because there's a rock and no bears around doesn't mean the rock repelled bears.

Apple stock was already heading up even before Pokemon GO was released. Based on the trending direction at the time, it almost certainly would have continued to grow even without the release of the app. 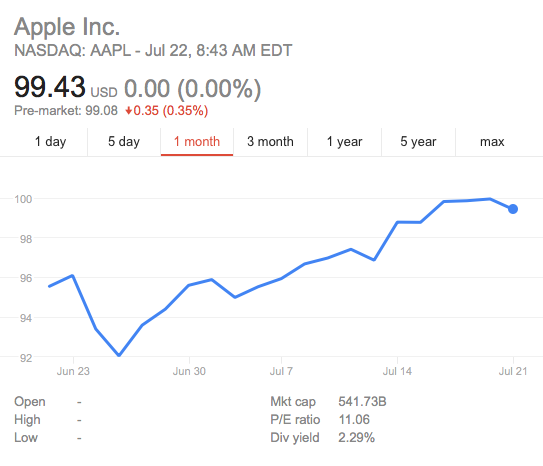 Gotta catch them all Pokemon monies.

And they have innovative ways of hatching eggs

Good for Apple! Hire some more engineers for the 'ol Mac teams.

These people severely overestimate millennials' attention spans. Nintendo shares are going to come crashing down in a few weeks.
Click to expand...

Amirite, I don't think you're right . The big difference with Pokémon is the IP. Nobody knew what candy crush was when it launched. Everyone knew what Pokémon was. And IP has sticking power.
Reactions: RuralJuror

Tim who? If you mean Tim Cook, Apple has made no statement or projection on the topic at hand.
[doublepost=1469203934][/doublepost]

Why do you think only millennials are playing?
Reactions: Keane16 and username:

Seems weird Apple hasn't made this a featured app in the app store (considering the money to be made). Maybe they're waiting for some of the demand to die down a bit before giving it a little promotional push.
Last edited: Jul 22, 2016

That happens with mobile-exclusive developers. Nintendo aren't so I'm curious to see what happens next.

Pokemon has been a money making phenomenon for over 20 years now. I see no reason why it would fall off now.
Reactions: Keane16, RuralJuror and louiek