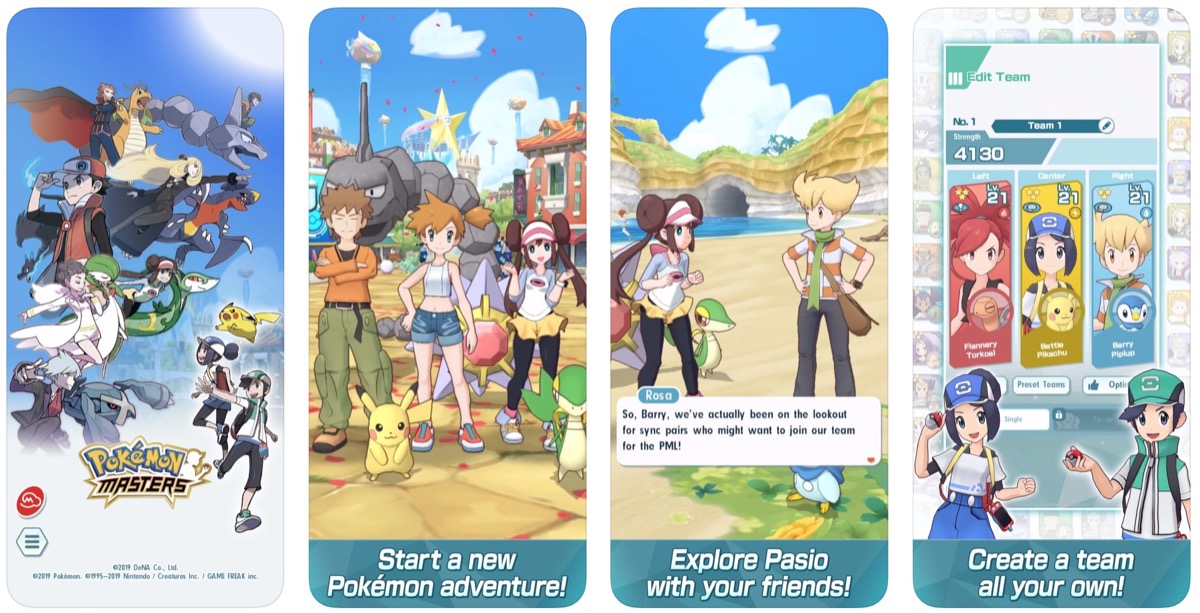 Announced in June, the game is a collaboration between Pokémon Company and DeNA, the mobile game company also responsible for Super Mario Run and Fire Emblem Heroes.

Pokémon Masters switches up the dynamic that Pokémon fans will be used to. The title has players form a team of Pokémon Trainers to engage in 3-on-3 real-time battles with other AI Trainers.

But it takes place on the island of Pasio, where the typical rules of Pokémon battles are different than other regions.

In this game world region, turn-based battles are a thing of the past. Instead, Pokémon Masters features "sync pairs," which lets players team up with well-known Trainers from previous Pokémon games, and their partner Pokémon.


There are 65 total sync pairs to recruit in the game, with additional sync pairs expected to be released at a later date.

Pokémon Masters is available on the App Store for both iPhone and iPad and requires iOS 11 or later to play. [Direct Link]

Does it have a NationalDex?

Yes...? It’s one of the biggest video game IPs in the world.
Reactions: tk421, CarlJ and Icaras

It doesn’t fit full screen on the iPad Pro 12.9 3rd gen and the graphics are quite rough.. (could use some Anti Aliasing)

the newest devices are definitely capable.... not sure why they didn’t do much
S

It’s a bit slow for my taste, but I figure that’ll be the case for the first few hours.

Yes...? It’s one of the biggest video game IPs in the world.
Click to expand...

It's actaully the biggest grossing media in the world.