I have such small hands and have used a ribbon since getting my phone when they first released. I just pick up my phone and slide my finger through the ribbon and hold the phone. It has worked well not to drop it. 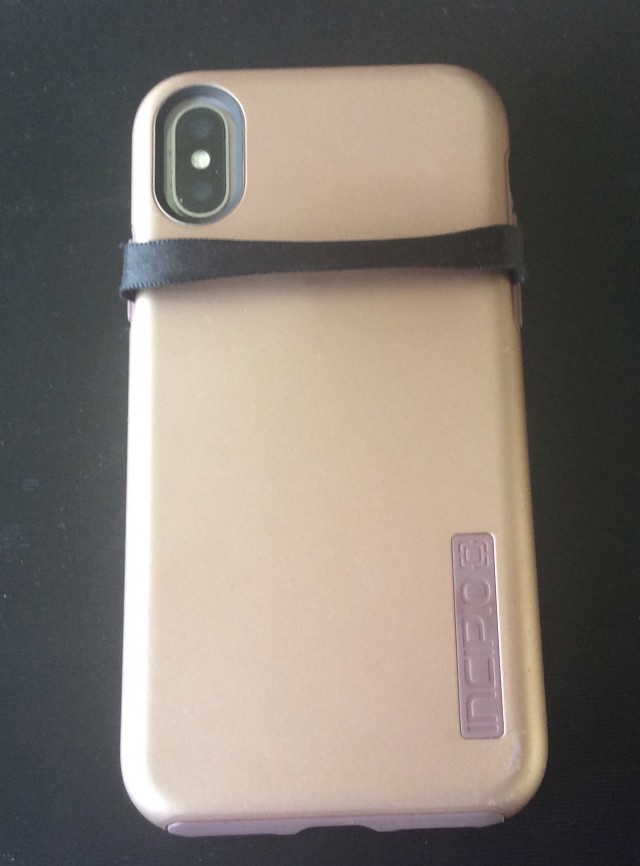 I would like to purchase a battery case but I do not see where I could use the ribbon on it. Does anyone have any ideas? I thought about attaching a popsocket or a finger ring to the back. I stopped using wireless charging because the one I have is too slow which is another reason I used the ribbon because it would still charge.

That is an idea. I bought some when my phone first came out but they were so tight they cut the circulation off my finger. I will look to see if they now have a better kind.

Another question. Are the battery cases safe?

It bought a phone flipper and a charging case. I am stunned at how stinkin heavy this case is. I hope it will be ok as it wasn't cheap.

Real men don’t care about what other men use or wear.
Reactions: GrumpyMom

I'm a very small woman with child size hands. I need help to hold my all glass phone or I will drop it. 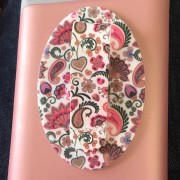 I would NEVER put either on my phone. But then I do not carry it around in my hand all day.

Newtons Apple said:
I would NEVER put either on my phone. But then I do not carry it around in my hand all day.

My phone is always in my hand or in my front pocket of my jeans. Always.

None if you plan on using wireless charging.
Reactions: Kram Sacul and Newtons Apple

anitak1982 said:
My phone is always in my hand or in my front pocket of my jeans. Always.
Click to expand...

dontwalkhand said:
None if you plan on using wireless charging.
Click to expand...

bambooshots said:
Real men don’t care about what other men use or wear.
Click to expand...

I do not care what other men use or wear, but I do not want one of these things on my phone.
Reactions: GrumpyMom

So I take it real men are expected to suffer from stress injuries to their fingers and possibly debilitating arthritis later in life?

If you repeatedly hold something awkwardly or hold your hands and wrists at an awkward angle to accommodate technology use, you will develop incredible pain and sensitivity even if you have an iron “manly” grip.

It is not masculine or manly to be stupid about one's health. With phones getting ever larger and slippery, some men may need to use pop sockets or rings or whatever to hold them properly for long periods of time. It’s a sign of good sense if they use them if they need them. You don’t need one with roses and dragonflies on it. They sell plain gray or black pop sockets and rings. And who goes around staring at and judging other people’s phones? Says more about the idiot doing the judging not having better things to do than the person being judged. Nobody should care about the opinion of such a busybody. No wonder the world is in the state it is if we are worrying about men using pop sockets on their phones./grumpy rant

Getting back to the original question, Pop Socket now sells pop sockets that have a permanent base to which removable tops can be attached. It takes just a second to remove the knob part. The base is supposed to be compatible with wireless charging. But I haven’t used it that way yet. I’ve gone back to wired charging of my Xr because it’s so much faster.

Edit to add, I did think they were ridiculous when I thought they were just a decorative fad. When my daughter made me aware they were useful and made all the difference to me being able to use my Xr more often again, I changed my opinion of them.
[doublepost=1559487196][/doublepost]

Newtons Apple said:
I do not care what other men use or wear, but I do not want one of these things on my phone.
Click to expand...

anitak1982 said:
I'm a very small woman with child size hands. I need help to hold my all glass phone or I will drop it.

My battery case died already only having it 3 weeks. Amazon sent me a new one. Hope this one lasts longer than 3 weeks.
H

Popsocket said it needs a hard surface to attach and doesn’t wirk with soft cases. But i dont know if it means it can never work or it does but less optimal. Ring holders will attach to soft cases bc the glue is very strong. Which battery case bc the position might be awkward. Also im not sure if i make this thing up but i renenber reading popsockets are compatible with wireless charger.

If the question is between popsocket or ring holder. I think inprefer ring holder bc you don’t need to grip the phone in urgent situation and just let it hang on your finger. Like when holding a cup or a wallet when your hands are totally full. Popsocket had a better design and it looks simple and thin enough. But you can attach and detach so maybe its not really secure abd somebody might be able to grab it off when your hands are full. Overall its really useful and reduce the risk of slipping to zero in my opinion. But the downside compared to ribbons is its very awkward to hold your phone with it (especially ring holder), you need time to get used to the protrusion. And moreover, ring holders arent removeable. Popsockets can but you cant leave it in the air for more than 5 mins so its the same thing really. There is also this. Its adjustable so it might better for circulation but i dont know it its malleable to follow the curve of a battery... keep in mind i dont use wireless charger. Even if you plan to stop i dont know what the future might hold... 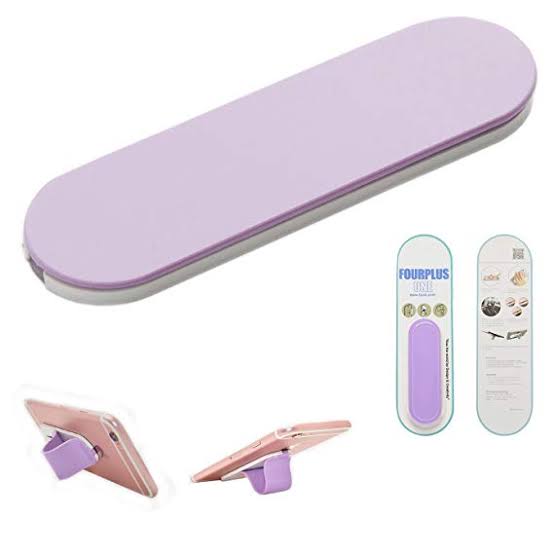 About manly and not manly, i pity the men who avoid useful stuff just bc it feels unmanly wearing it. Plain popsockets and ringholders exist. Stop being so fragile its annoying.
You must log in or register to reply here.
Share:
Facebook Twitter Reddit Email Share Link
Register on MacRumors! This sidebar will go away, and you'll see fewer ads.
Sign Up
Top Bottom