Portrait Mode photo editor Focos received an update today that should pique the interest of iPad owners. We've highlighted the iPhone app in the past for its impressive granular aperture and bokeh adjustment tools, but the latest version builds on the existing feature set by adding more extensive support for iPads. 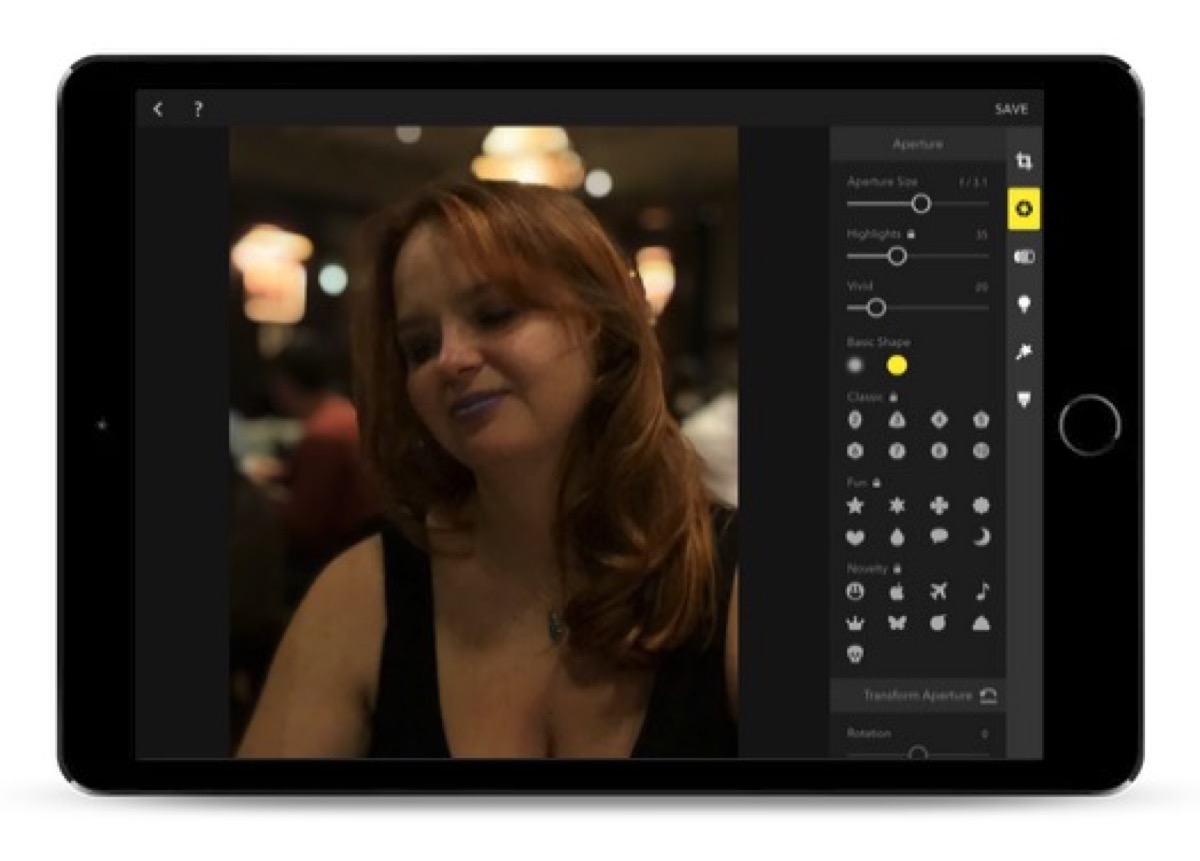 With this latest 1.6 update, Focos brings a new, specially designed interface to iPad that's more convenient to use on the larger screens.

Focos users are able to multiple-select and transfer portrait pictures from iPhone to iPad right from within the app for further editing.

Previously the Patch tool was an in-app purchase, but in this latest version it's now free to use, providing photographers with another reason to get the iPad version to edit their portrait pictures precisely.

Focos is a free download for iPads and dual-lens iPhones from the App Store, although several pro features are behind a paywall. It costs $0.99 per month or $6.99 per year to unlock them, but there's also an $11.99 lifetime access purchase option. [Direct Link]

It's a great app but wish it had Apple's algorithms about edge detection and software blur. Unless you go crazy with the bokeh like f1.4, the regular one looks quite bad compared to Apple's very organic look.
F

alpi123 said:
It's a great app but wish it had Apple's algorithms about edge detection and software blur. Unless you go crazy with the bokeh like f1.4, the regular one looks quite bad compared to Apple's very organic look.
Click to expand...

Just like I hate subscription crap in general, I find the offered lifetime option great and attractive.
Reactions: SigEp265, Enclavean and qCzar
H

Additionally, the camera function of the app Focos complements the portrait mode of the iOS standard camera to an extended range of use in depth, it is more possible than the maximum of 2.5 meters distance to the object / subject in the foreground. (At least it was like this when I tested it mid 2018.)
You must log in or register to reply here.
Share:
Facebook Twitter Reddit Email Share Link
Register on MacRumors! This sidebar will go away, and you'll see fewer ads.
Sign Up
Top Bottom