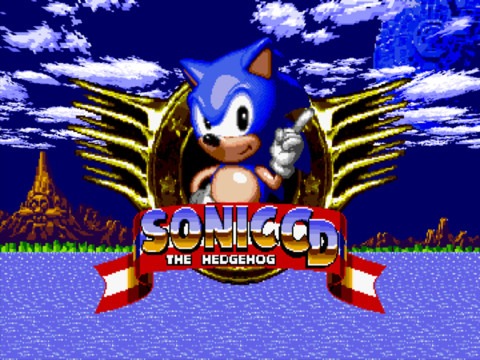 Sonic CD and Marathon 2: Durandal have made their way to the iPhone and the iPad, more than 15 years after their original release.

Sonic CD was originally released in 1993 as a game for the Sega CD, Sega's CD-ROM add-on for the Genesis console. Unfortunately, the Sega CD was a complete flop, and, according to our sister-site TouchArcade, never got the attention it deserved.

I'd still say Sonic CD is the best Sonic game ever released. It was a particularly great Sega CD game, as it played to the strengths of the Genesis with familiar Sonic-style gameplay enhanced through a few tasteful full motion video scenes and some fantastic CD audio.
Click to expand...

TouchArcade has the full story of how Sonic CD came to the iPhone, and it's fascinating. The short version is that in 2009, a fan of the game created an unauthorized, ground up rewrite for iOS. That version suddenly disappeared without a trace, presumably under the order of Sega's legal team.

But today, that port has come to iOS with the approval of Sega, and to rave reviews.

Here we have the best installment of one of the greatest gaming franchises, which received both flawless review scores and game of the year awards when it was originally released ported with complete perfection to iOS. This is a game you flat out need to buy if you even vaguely consider yourself an iOS gamer. Not only because it's such an impeccable port of an important piece of gaming history, but because we need to vote with our wallets to tell Sega (and anyone else who might be watching) that this is the quality we demand out of retro games brought to the App Store.
Click to expand...

Sonic CD is available as a universal iPad and iPhone app, for $1.99 on the App Store [Direct Link]. 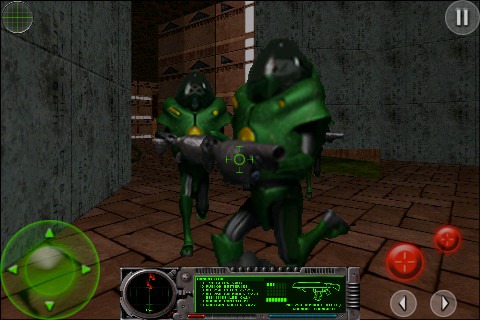 Marathon 2: Durandal was originally released in 1995 for the Mac and Windows 95 -- and was even ported to the Apple Pippen -- as a sequel to Bungie's first Marathon game. Marathon 1 was released on iPad earlier this year by the same developer.

As with Marathon 1, the game is a free download offering 28 levels divided into 9 chapters. The interface has been modified to accommodate touch screen interaction of the iPad. It also includes Joypad support, allowing players to play the game on the iPad, whilst controlling it with the iPhone.

Article Link: Ports of Sonic CD and Marathon 2 Make Their Way to iOS

Still waiting Sonic & Knucles... They even made a Sonic 4 but haven't bring that to iOS.
Comment
W

Fraaaa said:
Still waiting Sonic & Knucles... They even made a Sonic 4 but haven't bring that to iOS.
Click to expand...

iOS was one of the first platforms for Sonic 4 when it launched last year.
Comment
O

I always wondered why they dont port old games to the iphone... I mean it has a lot of capabilities (obviously), like it can run gta3, and not only that, it can emulate the ps1(and n64, no?). So why dont big entertainment companies create games for it and they create for the crappy NDS and the not-so-crappy-but-still-no-iphone psp?
Comment
S

I was wondering if I could make a quick correction regarding what you said about Sonic CD.

In the initial video, the game wasn't being emulated. Rather, it was remade using his own engine, called the Retro Engine, that can replicate the original Sonic games nearly 1:1. This is the same engine being used in the current release.

It just makes the story even better, I imagine.
Comment
B

Does it keep the original soundtrack.

This is fantastic. It seems Sega knows what consumers want. Software for all platforms.
Comment

Just bought it! Can't wait to give it a test drive!
Comment

The Sonic CD soundtrack (US) is absolutely classic, and I can't wait to hear the JP version. I have been waiting for this, thank you Sega!!!!!! :-D
Comment
D

I remember how BADLY I wanted a Sega CD back in the day. Played sonic cd once on my friend's machine. Great game! There goes my $2.
Comment
R

Come on all you you Sega lovers, this game graphics suck. Retina display was part of the description of the game, yeah right maybe on the opening screen stick graphics otherwise
Comment
5

adcx64 said:
This is awesome, really brings back memories.
Click to expand...

Marathon 2 is, without a doubt, the BEST game ever in its category, regardless of platform...this is truly EXCELLENT news to those who lived the good ol' days when Bungie developed only for the Mac.
Comment

The entire Marathon series is probably the most intelligent FPS ever. The storyline has a wicked amount of depth.

I agree, it is a great game!
Comment
F

Sigh It wasn't emulated This uses the Retro-Sonic engine by Christian Whitedhead aka "The Taxman" It was built from the ground up to run at full speed on iOS devices this is no Emulator
Look on http://www.sonicretro.org
Comment

Yes Sonic CD! I love this game, every since playing the Sega CD version almost 20 years ago. For $1.99 it was a no-brainer. It plays pretty well on the iPhone too, I'd like iControl Pad support but that's a dream... either way I look forward to the Playstation 3 port next week.

Marathon is very cool as well, I remember my old Macintosh 7100 struggling to run that game decently. haha
Comment
C

No one should purchase that Marathon port. One of the Aelph One developers has said that the art he made for Bungie that he was later given license to distribute for free is being offered as paid IAP content by the app's developer without ever consulting the original artist.

"So I spent the last few months, building the ultimate versions of Marathon, Marathon Durandal and Marathon Infinity for the Mac and PC. We did a big release on Dec 1st.

I wanted Daniel to use all the stuff we put into the release, but he never got back to me. Looks like he just ripped out the XLBA stuff anyway and put it in. I hope he pulled from our release, as we were able to get some stuff that was better quality than what I put in the XBLA version."

"I made Marathon Durandal for XBLA for MS Game Studios and Bungie. Freeverse created all the HD art assets and such. The deal means Bungie owns these materials.

I then sat down with Bungie not too long ago, about how to make the best 1.0 version of Marathon for the modern Mac and PC. Part of this deal was to get the rights to release the XBLA content for free.

Then this guy Daniel comes along and ports the Open Source Aleph One game engine (that runs marathon) to the iPad. Then to offset his dev costs (a legit reason) he included IAP, which was selling some cheats and a fan made HD texture pack (I assume he is splitting the profits, I don't know).

That I was fine with. A guy named Tim made the HD art, so it makes sense that he can sell it.

But with Marathon 2, he's selling basically my artwork (that belongs to Bungie). I assume Bungie knows and approved this, it's just kind of brings me down, when I released all of this content for free on the web (in a much better version of Marathon with extra bugs fixed).

I take my Marathon very serious. When someone messes around with it I do take it very personally."
Comment
O

It's an excellent game! I spend 3 hours to play it today
Comment
R

Man you all spend so much time talking about how you love the game it's nice, but how about rating it so what it is, game play may bring back some fine memories, but where does the retina display come in? Graphics are poor both for the iPhone and iPad!!
Comment

I seem to remember Nintendo shareholders screaming for back catalog titles on ios a while back
Click to expand...

Not likely while Nintendo are still making any sort of hardware, unfortunately.
Comment
R

You know what needs to be ported over

In all it's original cheesy Sega CD glory is Night Trap!
Comment
F