Possibly the best laptop I have ever owned.

KFantomas said:
I agree that the before-790 series is cheap plastic, and pretty ugly, but I had to choose between USFF 790 for 80€ (so no PCI-e gpu, and I really needed HDMI, because my TV doesn't have VGA, DVI or DP input) or SFF 780 for 40€ (on the french craiglist around me), I didn't had that much choice, and it's hidden behind my 40inch TV so you don't see the ugly duckling
And even-tho they're build like crap, they last pretty long, I have a 320 from 2005/2006, still going strong, but I don't have much use for it (except for old Windows XP games, and even tho for that there's Virtualbox)
Even tho I'm thinking about upgrading to a 990 (So I would FINALLY switch to iX CPU), or to buy a cheap 15$ 3GHz Quad Core Xeon and 2GB of RAM to upgrade to 8GB
Click to expand...

Dropped a new graphics card in to my Mac Pro, time for an updated screenshot. 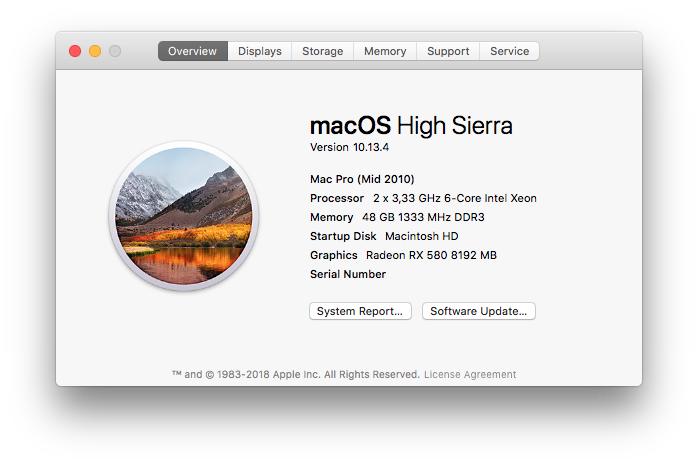 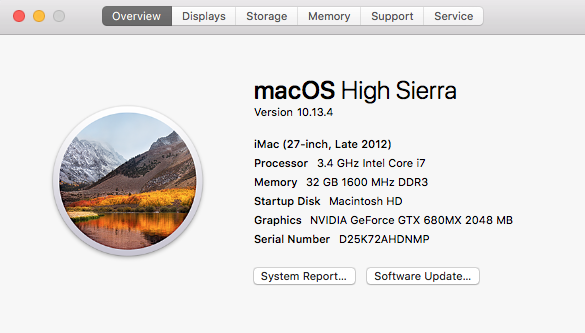 My 2012 MacBook Pro. Next thing I plan on doing is upgrading the RAM. 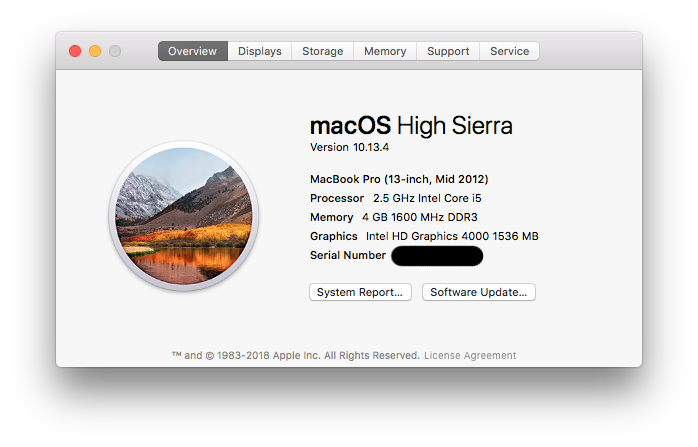 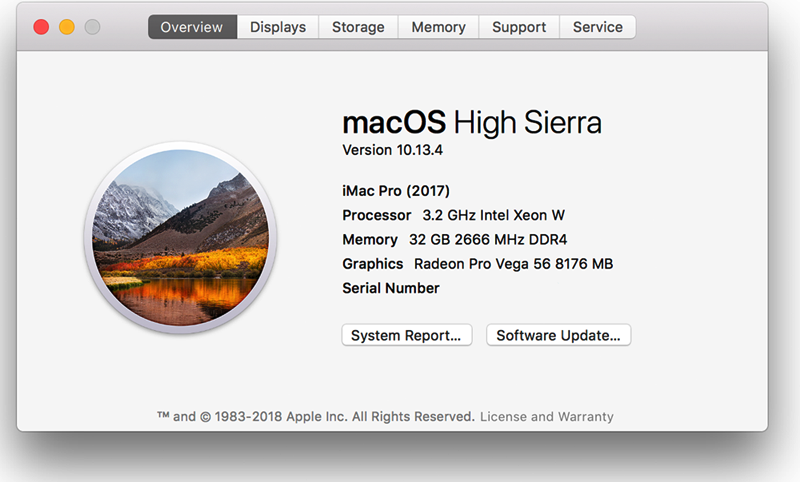 Reactions: The Clark and macgeek18

MacOS Mojave beta on what is now one of the oldest supported MacBooks (yikes). Runs fairly well for a first beta. 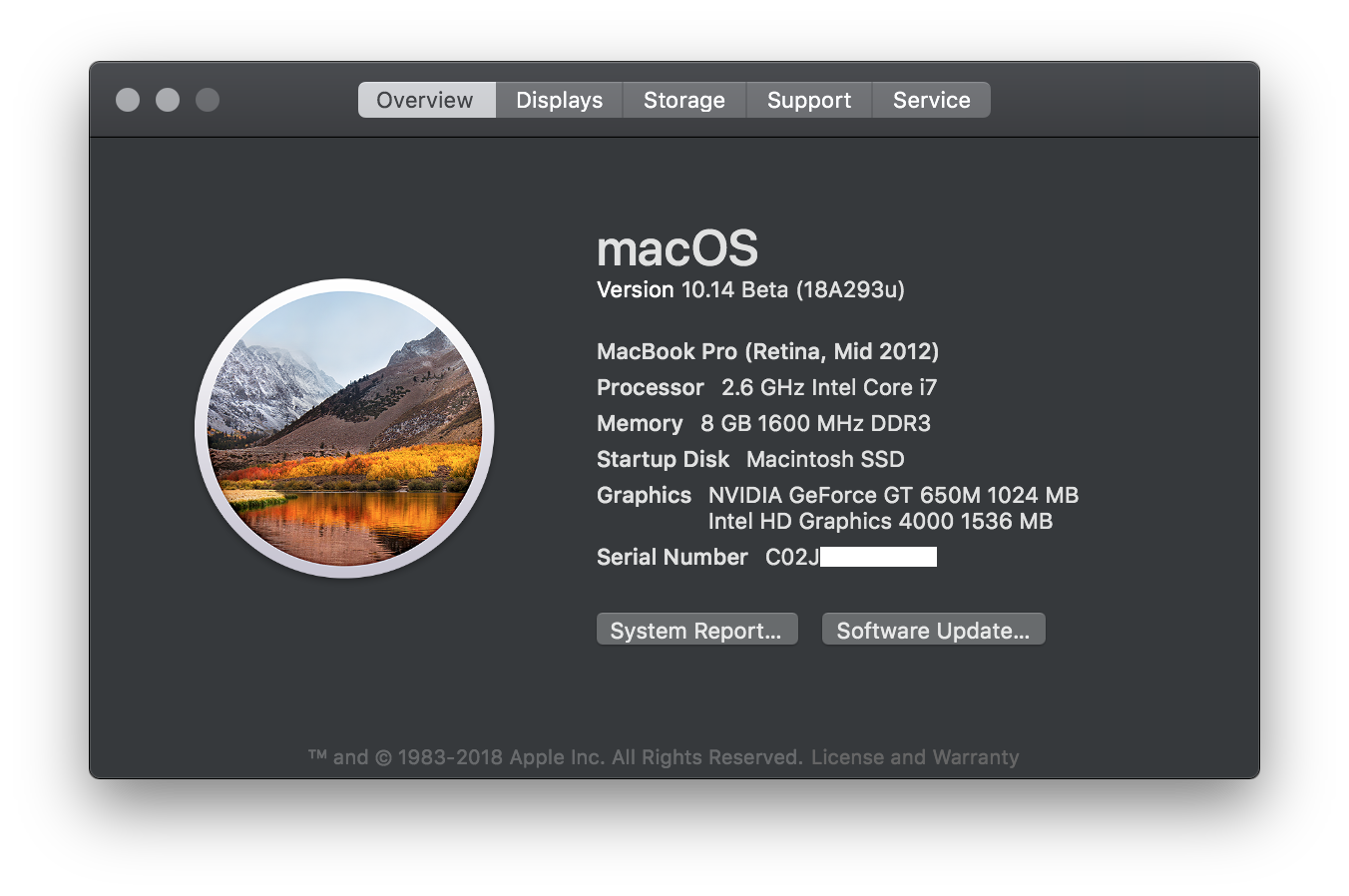 Edit 6/20: Here's the new About This Mac introduced yesterday in beta 2. 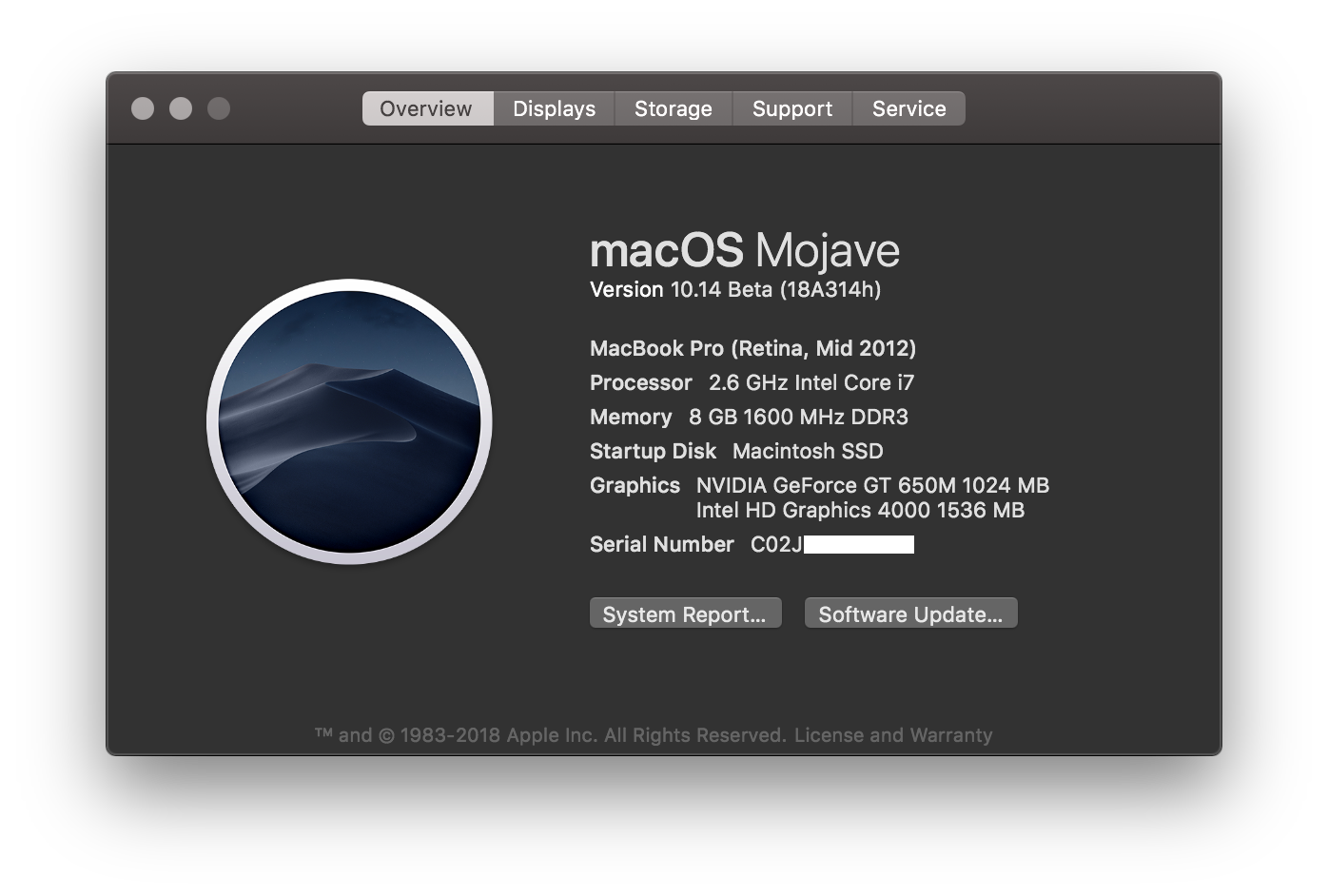 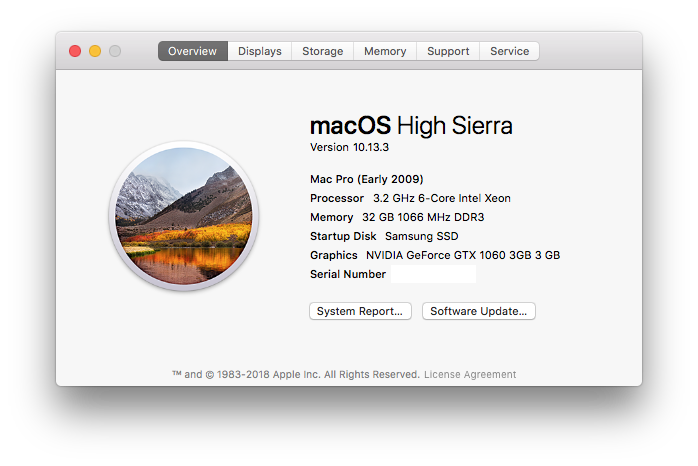 Mac Pro 4,1 that has been flashed to be a 5,1. Just upgraded the graphics card.

Installed a spare 128GB SSD in my Mac Mini today. Feels like a new machine.

I think I'm done with upgrading this thing

I was going to buy a Chromebook Plus but figured might as well get something that is more functional. Weight is not an issue for me and It runs Mac OS HighSierra so I'm happy.
[doublepost=1530573355][/doublepost] 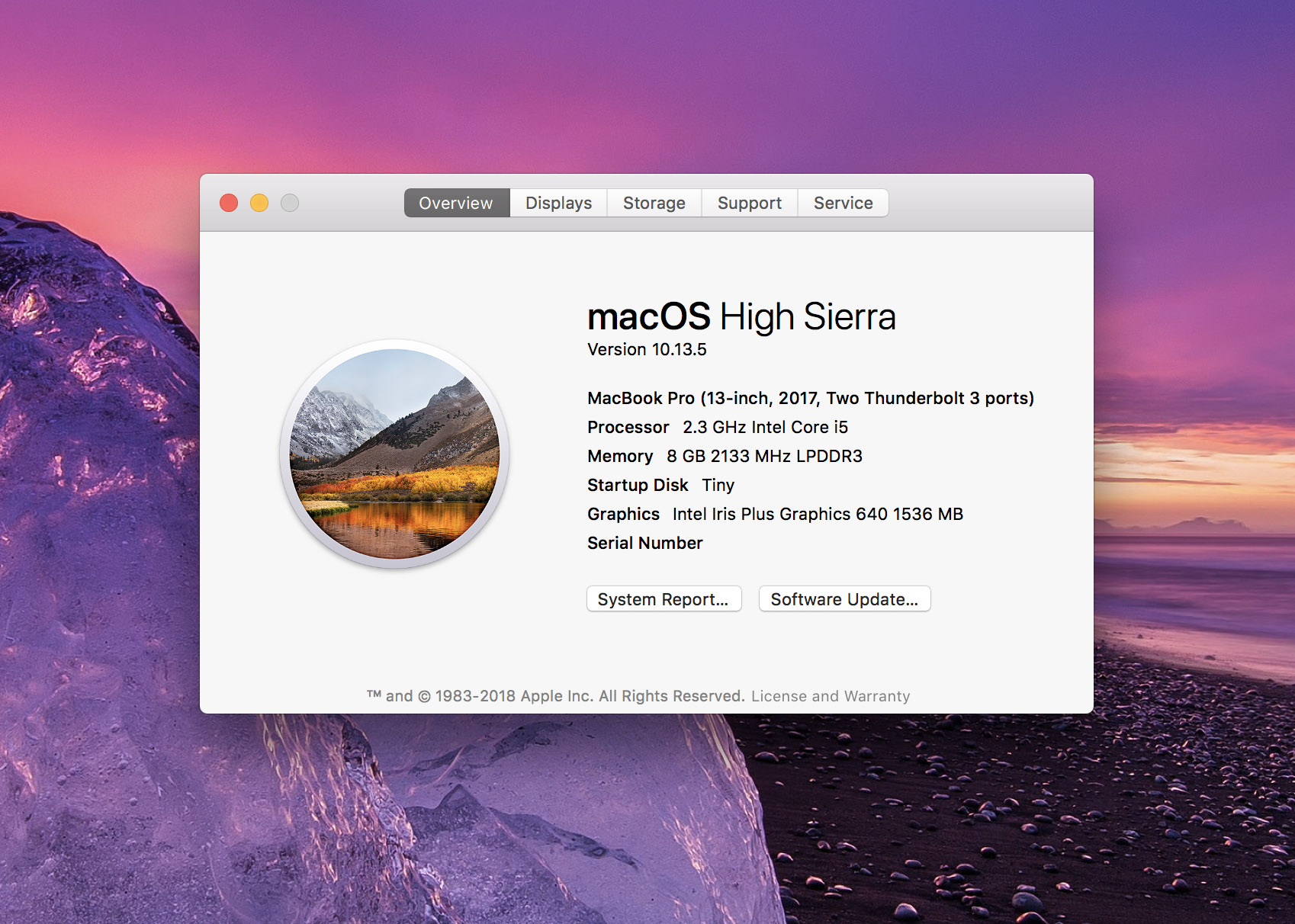 so far so good (been running rock solid on my MP5,1 too for a while now) 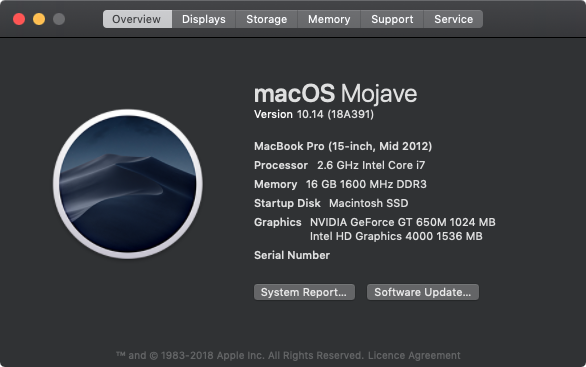 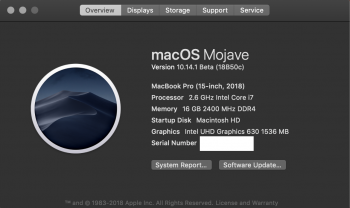 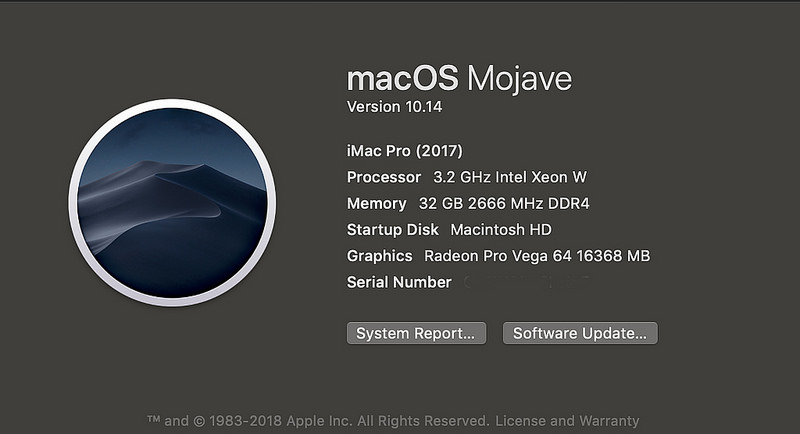 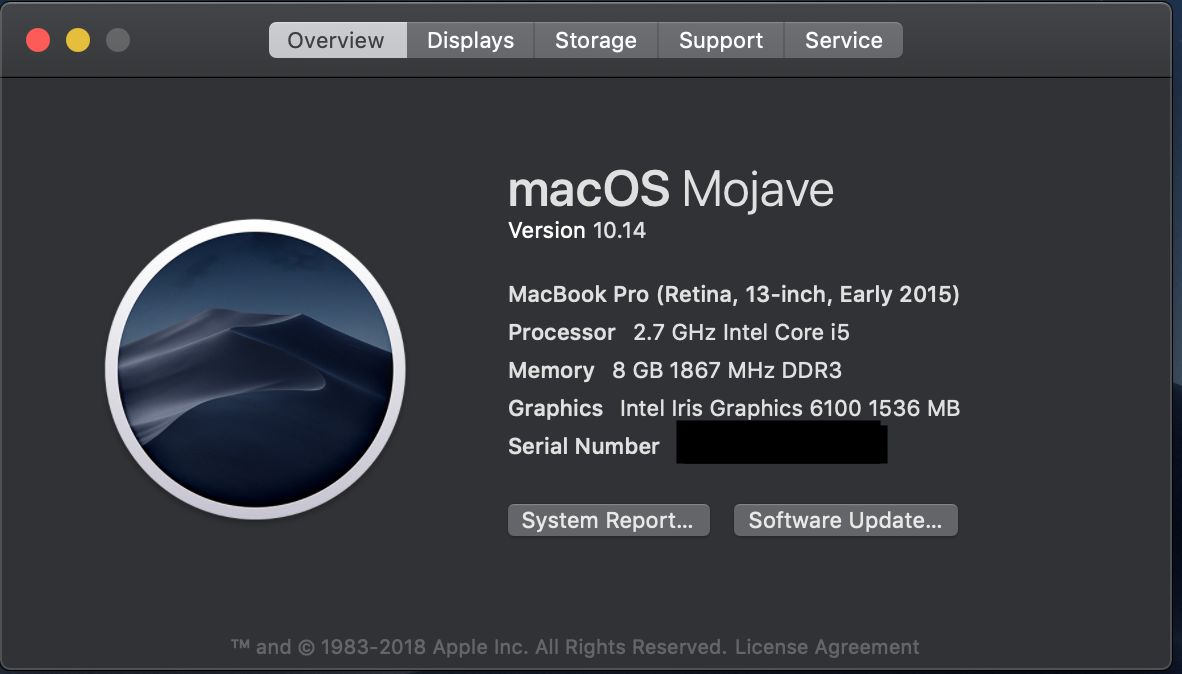 My new work laptop. My boss found it new in box for $700. I can't complain though I know RAM is going to be an issue sooner than later.

Here's my machines at school: 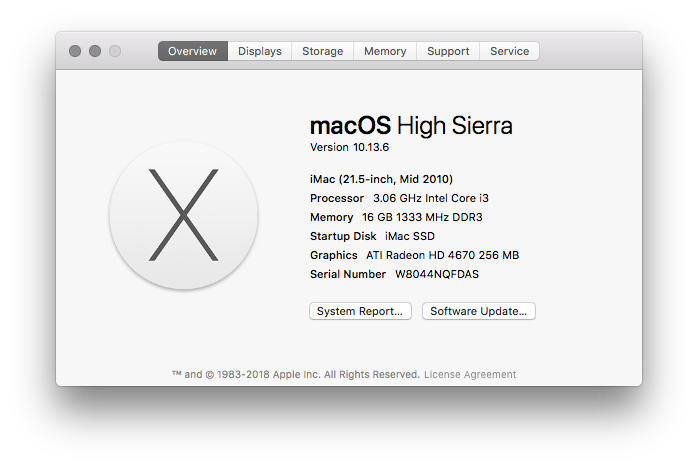 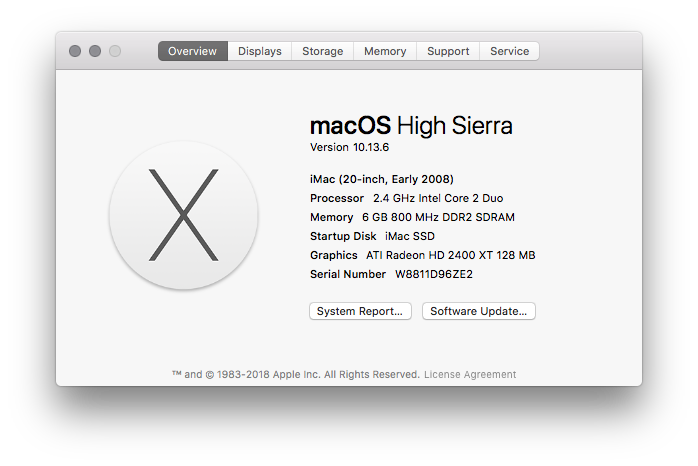 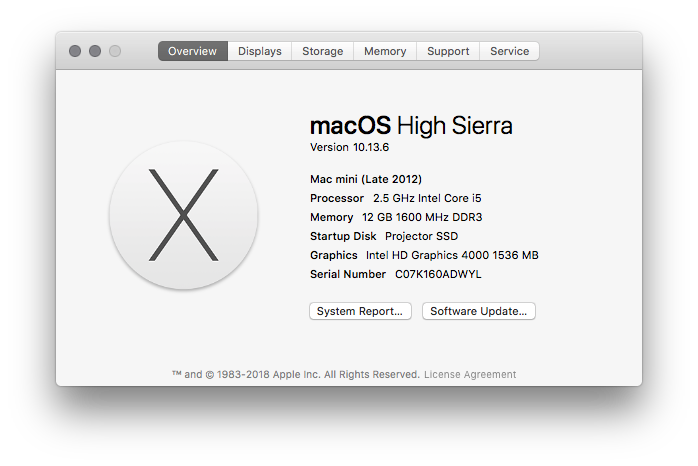 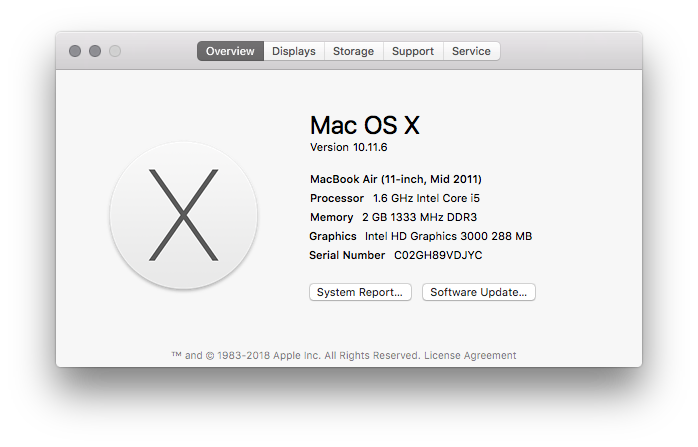 Had this imac about 2 weeks now, loving it 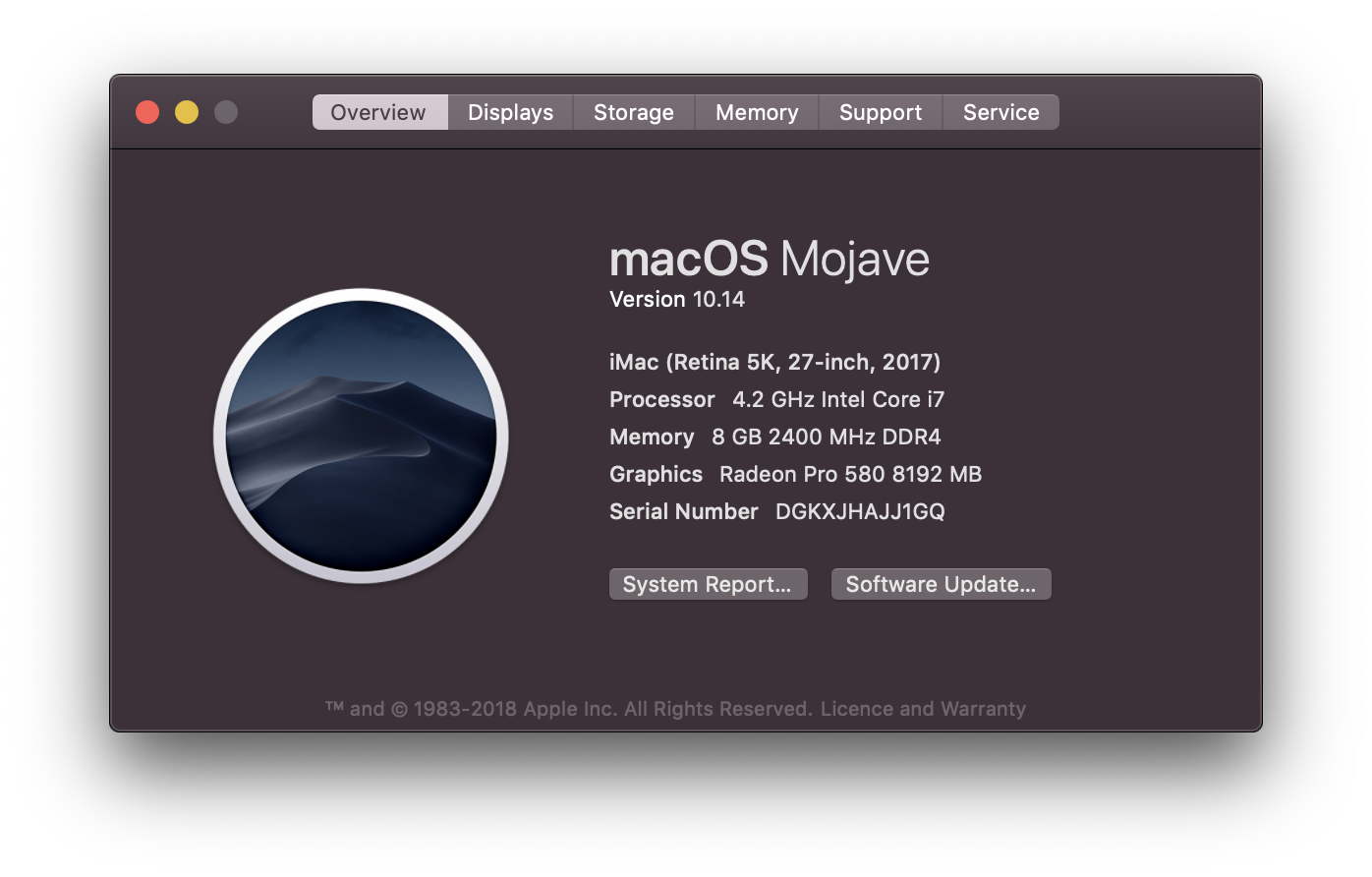 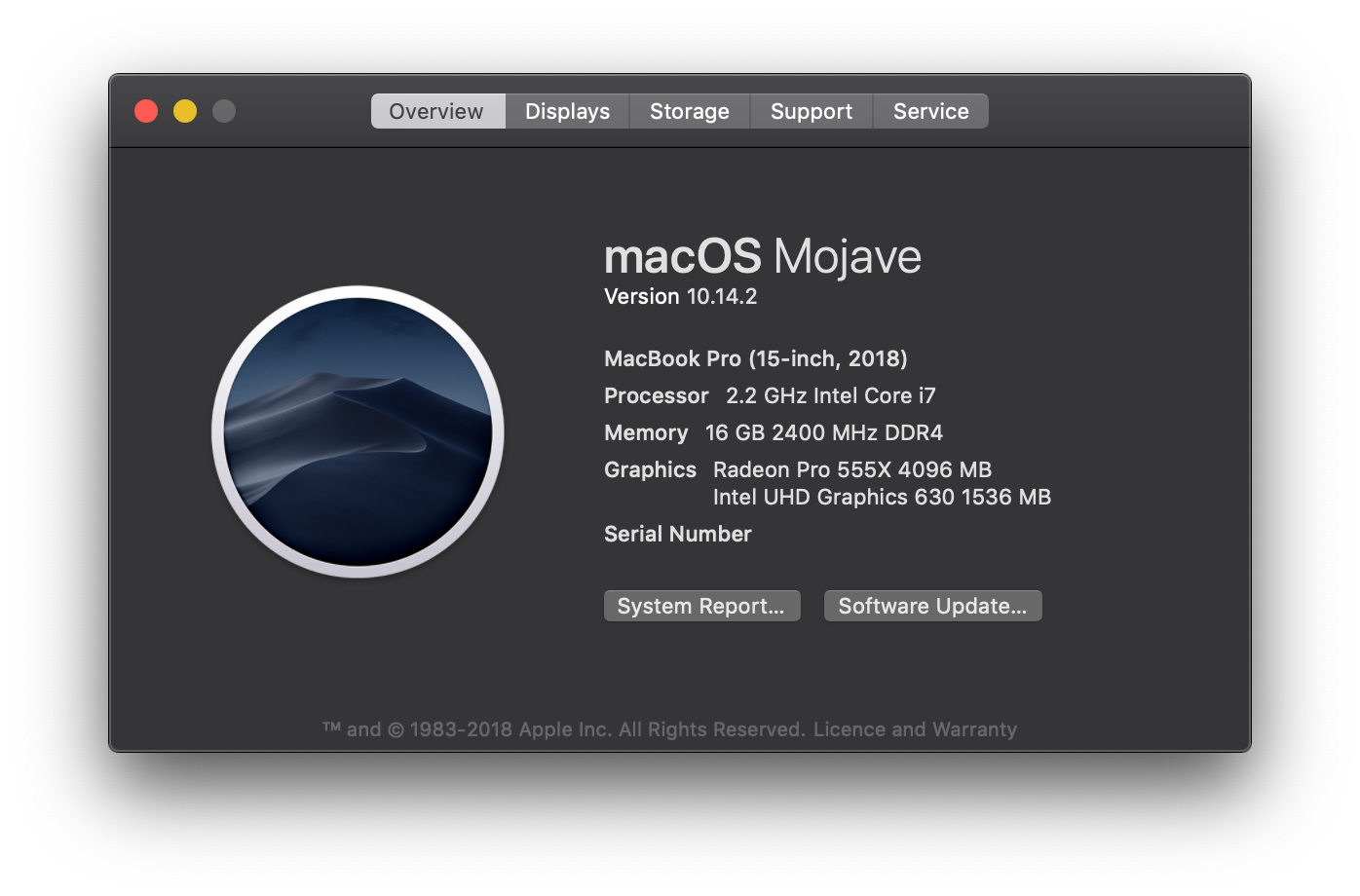 Upgraded my MacBook Pro from Sierra to Mojave the other day and am loving it so far... 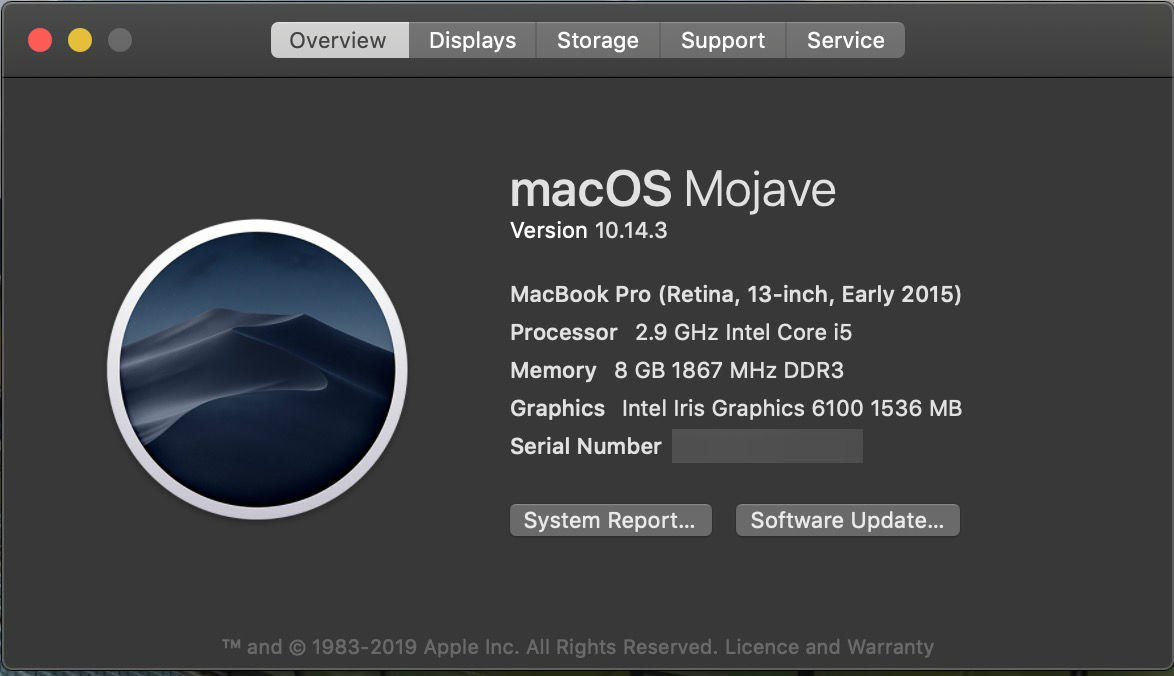 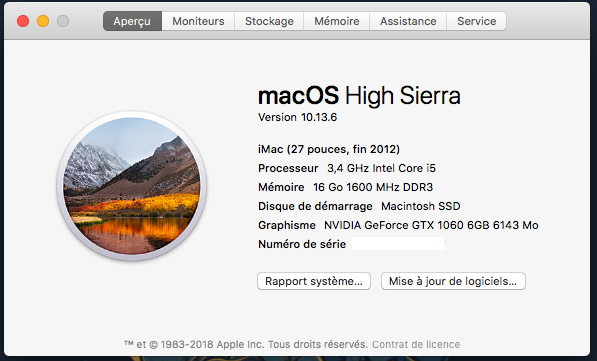